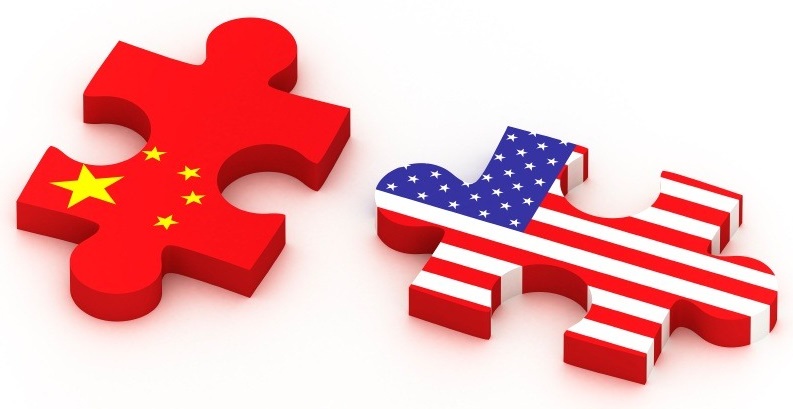 China is a rising power that increasingly finds itself at the center of global controversy. The West (i.e. the United States, Europe, Japan, plus some non-Western countries) is watching China guardedly, sometimes as a potential competitor. This is a new development in China’s strategic environment that has emerged only in the last few years.

The world is undergoing a historic transition from a uni-polar one to a multi-polar one. Essentially, it means the dissolution of a world order dominated by the U.S., the only superpower after the collapse of the Soviet Union marking the end of the Cold War. Multiple poles are emerging in today’s world, led by some developing economies, particularly China. While we can continue to debate the decline of the US – whether it is relative or absolute – the truth is, the U.S. is less of a dominant factor in global politics. It is anyone’s guess what a multi-polar world would look like, but the transition has certainly begun.

Therefore we are at a particularly fraught period in international relations characterized by the diffusion of power and growing interdependence between nations. Henry Kissinger, observant as ever, has pointed out the defining problem of 21st century international relations: While countries are bound together economically by industrial and value chains, they are separated by national boundaries in political, military and security matters.

As of now, no one power can yet replace the pivotal role once played by the U.S. Many of the ongoing regional flare-ups are the symptoms of this tectonic change. Disorder is becoming the hallmark of international politics. The world’s main regions are assuming greater importance and turning into arenas of competition. The Asia-Pacific region, in particular, has attracted much attention as more and more people see it as the gravity of global power. In this context, Washington’s “pivot” to the region, whatever its motivation, is a timely reflection of our changing world.

In this “brave new world,” a few key developments deserve special attention. First, growing competition at the regional level, especially in the Asia-Pacific, where the “Great Game” of our century is going to play out.

Second is renewed focus on the nation-state. American and European academics are directing their attention to this subject. Francis Fukuyama notes in his recent book that government capacity is central to a country’s goal of modernization; democracy, in comparison, is of secondary importance.

And third is the wisdom of adaptation and change. The post-Cold War euphoria of the U.S. has blinded it to its own problems at home. Washington focused on peddling its political and economic systems to the world to establish a Pax Americana for the 21st century. In the meantime, many longstanding domestic problems suffered from neglect and were aggravated to a point beyond curing. European countries are in a similar bind. The realization has dawned on them that international competition is not just about economics or politics, but also about government efficiency and capacity, which has received scant attention for a long time.

As a result of the evolution to a multi-polar world, structural disputes between states become more protracted as internal and external environments get more complicated. It is the task of major powers to manage various inter-state territorial and boundary issues through diplomacy. Yet with the rising tide of nationalism, political leaders in many countries have less space to compromise on these issues. It would be good enough to keep them under control, the thinking goes; their full resolution would have to wait another day. Sadly, the same is true for global governance and other international challenges. Urgent as they are, they can only be contained at best, rather than fundamentally addressed.

U.S. foreign policy has always been predicated on identifying its main adversary by two criteria: intent and capability. In its first two years, the Obama administration did not think through this question. China’s rapid rise settled the question for it. Now that there is no doubt about China’s growing capability, determining its intent is key.

On this, by tradition there are two schools of thought. The pessimists believe that a stronger China is bound to challenge U.S. leadership, especially in Asia. The other, more sanguine view is that China is amenable to change and U.S. policy can shape it, therefore it is too early to tell whether China will challenge U.S. primacy or become a regional hegemon. The bad news is that the optimists are a shrinking lot these days. On balance, U.S. policy towards China is still marked by engagement and containment, with more resources devoted to hedging against China’s future capabilities through economic, political and military means.

To face down the China challenge, the U.S. must stabilize its relations with other key players. Hence, the U.S. is reluctant to escalate the crisis with Russia over Ukraine or contend with the threat of the “Islamic State.” Kissinger argues that Washington has mishandled the Ukraine situation by crossing Moscow’s red line. He thinks it is better for Ukraine to maintain its neutrality and function as a buffer between NATO and Russia. This view is shared by John Mearsheimer, the leading realist in the American foreign policy circle. The unsaid premise is that it is not Russia, but China, that is the No. 1 strategic rival of the United States.

In reality, Obama is seeking a retrenchment in U.S. national security strategy, so that he can bring more resources to bear in the Asia-Pacific region. However, such a “rebalance” is easier said than done. For one thing, as Obama must have found out, the goal set by the President-cum-Commander-in-Chief often comes up against – and is defeated by – the narrow interests and parochial priorities of department heads.

Yet the administration is fully cognizant of the potential challenges – regional and global as well as bilateral – posed by China’s rise. There is no simple response, but two things seem urgent. First, the U.S. must maintain its absolute military superiority. It is. Defense spending is growing continuously, next-generation weapon systems are being developed, and U.S. deterrence capability is being sharpened. The U.S., just like China, is leaving nothing to chance; it is hedging as well as engaging.

For Chinese decision-makers, it is important to understand that there is a difference between “hedging” and “containment”: The U.S. is hedging against China, however it sought to contain the Soviet Union. Fortunately, because of the profound interdependence between the world’s two largest economies and the enormous stake they have in each other’s success as well as the current global order, the rule-book of the Cold War no longer applies.

Second, the U.S. must strengthen its security alliances. They remain a key pillar of American strength, especially in the Asia-Pacific, where the alliance with Japan is the cornerstone of U.S. security. Washington has thus far given Shinzo Abe a free pass in making Japan a “normal country.” At the heart of it is the push to free Japan from the shackles on its military development. If successful, it will yield triple benefits: it will give Japan more capacity to balance against China, it will cement political trust between Tokyo and Washington, and it will enable Japan to share some of the U.S. defense spending.

At the same time, the U.S. has also stepped up scrutiny to make sure that Japan does not go nuclear. The spotlight put on its sizable stockpiling of plutonium is no accident. Related to this is the shared concern of Washington and Beijing about North Korea’s nuclear program. As much as it is about checking Pyongyang’s nuclear ambitions, it is also aimed at denying the right-wing forces in Japan of any excuse to develop a bomb.

The U.S. has been adept at maintaining its hegemony as well as the global order that has enabled it. Nowadays, this is increasingly difficult to achieve. The Asia-Pacific “rebalance,” if anything, stems from a clear-eyed recognition of the changed circumstances. In a multi-polar world, the major powers need to work together to safeguard the global order. Whilst the U.S. has been the main stabilizing force for decades, it is no longer capable of doing it alone and must seek the cooperation of the other major powers.

China, in the meantime, is navigating a path of major-power diplomacy. For Beijing, the key challenge is to construct a peaceful and stable regional order together with the U.S. and Japan, which are both major powers with deep interests in the region. When strategizing on China-Japan relations, China must consider its interplay with the other two important bilateral relationships (i.e. China-U.S. and Japan-U.S.). It must fashion an East Asian order where Japan has a seat, a voice and a role. The efforts of China and Japan alone are not sufficient to make this happen; the U.S. has to be involved as well. Don’t be deterred by the prospect of a U.S.-Japan duet vis-à-vis China. The Americans and the Japanese would be the first to tell you that under the façade of their alliance, they actually have a lot to disagree about.

When all is said and done, we must understand that the Sino-American relationship is the key. If Beijing and Washington were to slide towards confrontation, there would be no peace and stability in the Asia-Pacific and East Asia. If we could not manage the tensions in our relationship, all countries would exploit them to their own advantage.

The “new model of major-country relations”, much talked about in Washington as well as Beijing, is designed to avert these scenarios. If the structural tensions in Sino-U.S. relations are not ripe for resolution, then by all means contain them so that they do not escalate. In the meantime, China would do well to manage its own affairs and close the gap with the U.S., confident that the day will come when the two nations can engage in serious dialogue on constructing a new order for the region and the world.