China’s Participation in Cobra Gold 2014: A Golden Opportunity for the United States?

On February 21, co-sponsors the United States and Thailand wrapped up the 33rd annual Cobra Gold military exercise.  A month earlier, 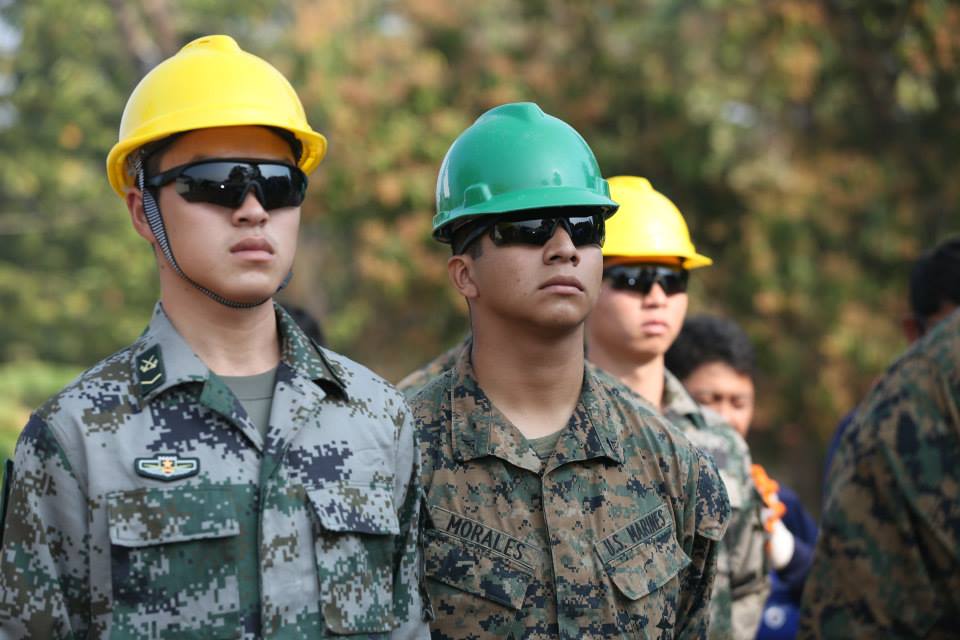 Cobra Gold is not the only U.S.-led exercise that the Chinese will join for the first time this year.  When news broke last year of China accepting the United States’ invitation to the 2014 iteration of the Rim of the Pacific (RIMPAC) exercise, scheduled to take place this summer, then-Secretary of Defense Leon Panetta expressed how China’s inclusion in RIMPAC would serve to further the U.S.’ goal of fostering a “healthy, stable, reliable, continuous and transparent” military-to-military relationship with the Chinese.  One of the principal underlying assumptions behind the invitation of the Chinese to U.S.-led multilateral exercises like RIMPAC and Cobra Gold is that the inclusion of the People’s Liberation Army (PLA) would assuage Chinese suspicion about the U.S.’ motivation behind these exercises and more broadly, U.S. intentions in the region.  Unpacking this assumption, in what ways does the gesture of welcoming China to Cobra Gold make headway in countering the sense of ‘strategic distrust’ between China and the U.S.?  How could the contributions of activities like this be augmented?

Consider how China was actually participating in Cobra Gold activities – this year, having been granted “observer-plus” status, China was invited to participate in the humanitarian and civil assistance (HCA) portion of the exercise, where 17 members of the PLA will assist in the building of a school in northern Thailand and will also participate in the exercise’s civic health engagement events.  Given that the National Defense Authorization Act (Fiscal Year 2000) places legal restrictions on the U.S. military’s contact with the PLA, HCA exercises serve as a relatively benign platform for junior-level American and Chinese military personnel to interact on a personal level.  Inviting countries beyond the U.S.’ traditional circle of ‘friends’ within the region to take part in such exercises, which Trefor Moss has dubbed the “softer application of [the U.S.’] hard power,” certainly plays a subtle but not absent role in potentially addressing the sense of distrust between U.S. and Chinese military leaders of the future.

However, personal relationships ultimately can only do so much.  In a Congressional Research Service report on US-China military contacts, Shirley Kan discussed the limitations of personal contacts between U.S. and Chinese military and diplomatic personnel in times of crisis, such as in the wake of the EP-3 crash in 2001.  This reality, compounded by the operational reality of the fairly limited – both in terms of time and in terms of personnel numbers – exposure that Cobra Gold offers U.S. and Chinese military personnel to each other, raises questions on the extent to which a Cobra Gold with China included can tangibly build mutual trust.

When China’s role in Cobra Gold 2014 is considered in the wider context of an entire month’s worth of war games and training exercises involving various combinations of national militaries and their subgroups, all excluding the PLA, it becomes increasingly difficult to envision how the U.S.’ offer to China of greater military transparency in the form of the limited exposure to HCA activities at Cobra Gold will ease tensions resulting from a mutual strategic distrust. The restrictions in U.S. law on U.S.-China military contacts constrain the Defense Department’s space for strategic messaging to Cobra Gold’s (or later, RIMPAC’s) Chinese participants. Having sent representatives to the Cobra Gold umbrella of activities in Thailand,  at an institutional level, the Chinese military will be no closer to understanding the U.S.’ strategic intentions, be they to contain China or otherwise.

Given the limited scope for interaction between the U.S. military and the PLA that Cobra Gold 2014 provided, it seems as though the benefits of having a serviceman-to-serviceman exchange between the two militaries do not translate well in fulfilling the Department of Defense’s broader objective in developing a “healthy” and “transparent” military-to-military relationship, as Secretary Panetta had envisioned.  Having said that, the trend appears to be in favor of increasingly inclusive multilateral military exercises.  With that in mind, the U.S. should consider how to take advantage of the group camaraderie and other individual, serviceman-level experiences that Cobra Gold’s HCA activities are so uniquely known for providing.

Clearly, the U.S. military’s move to invite the PLA to Cobra Gold and other multilateral exercises was not intended to single-handedly progress the greater U.S.-China military-to-military relationship.  However, an opportunity does exist for Cobra Gold to serve as part of a foundation to be built upon for the future of U.S. and Chinese military ties.  In order to capitalize on the positive atmosphere generated by this serviceman-to-serviceman engagement to develop a useful military-to-military relationship, or better yet, more open diplomatic ties, the U.S. organizers of future Cobra Gold exercises should capitalize on these junior-level interactions with consistent follow-through.

Here are two ways that the U.S. military can bridge the gap between the personal experiences of servicemen at Cobra Gold and the impact these experiences are intended to have on the larger U.S.-China military relationship:

Deepening Cobra Gold interactions. The U.S. military can magnify U.S.-China serviceman-to-serviceman relationships through repetition – either in terms of bring back repeat personnel, or more practically-speaking, repeat units, to Cobra Gold.  Considering that Cobra Gold’s strength is in providing a positive, shared experience between servicemen of different countries – many of whom may never interacted with servicemen from other nations – the exercise’s annual design provides a built-in opportunity for those friendships to develop into institutionalized traditions that extend beyond the experience of any single serviceman.

Broadening joint-training exposure.  These two ways of building on the U.S.-China Cobra Gold 2014 experience are by no means mutually exclusive, and in fact, would serve as even better building blocks to improving military-to-military relations if carried out in tandem.  Outside of Cobra Gold, within the framework of the ASEAN Defense Ministers Meeting Plus (ADMM+), the U.S. has participated in other multilateral humanitarian assistance/disaster relief (HA/DR) exercises with China.  In order to follow through with the U.S.-China military-to-military goals laid out by Secretary Panetta, the U.S. can pursue more opportunities for out-of-area cooperation with the PLA in the form of other multilateral or bilateral training exercises that fall within the existing U.S. legal framework.

The level of interaction is ultimately bounded by constraints imposed by both U.S. law and the extent of the PLA’s willingness to engage the U.S.  While U.S.-China interaction at this year’s Cobra Gold exercise will certainly not achieve the DOD’s vision of better military-to-military relations between the U.S. and China on its own, the U.S. military should attempt to maximize the benefits that China’s participation in a U.S.-led exercise brings.  Building better military-to-military relations with China is an incremental process, and the personal relationships developed at Cobra Gold 2014 will amount to little unless the U.S. military provides more opportunities for these relationships to develop.  After all, if and when U.S. and Chinese general officers of the future end up working together on a joint task force or on opposite ends of a red-phone hotline, the broader and deeper the personal interaction between the U.S. military and the PLA, the more likely that these interactions will translate into that golden opportunity to mold positive strategic outcomes.

Nicole Yeo is a Joseph S. Nye, Jr. National Security intern at the Center for a New American Security (CNAS), where she works with the Asia-Pacific Security Program.