From “Top-down” to “Middle-out”: China and Japan can Reconcile Their Relationship

2012 should be the year that China and Japan celebrate the fortieth anniversary of normalized relations; however, bilateral relations have almost collapsed this year. What happened over the past few months has had a huge impact on the bilateral relationship. Because of the Japanese government’s national purchase of the Diaoyu/Senkaku Islands and China’s strong response with large-scale demonstrations in over a hundred Chinese cities, Chinese and Japanese perceptions towards one another are growing negative. It has also a major consequence on bilateral trade and economic cooperation; the boycott of Japanese products has become a nationwide movement in China. China broke its previous practice and regularly sent official vessels within twelve nautical miles of the Diaoyu/Senkaku Islands. Tensions and the risk of an accidental collision between vessels of the two countries have dramatically increased. Given this situation, it is urgent that both countries find a way to exit this deadlock and avoid a possible escalation of conflict. 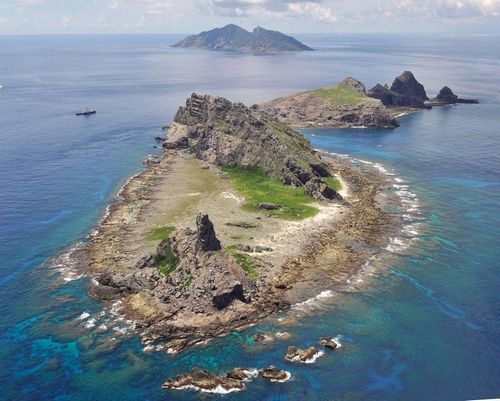 There is no doubt that these two governments are important players that must take the initiative to get out of the current deadlock. However, the two governments face almost the same situation because the rise of nationalism and politics at home both offer little flexibility in dealing with this bilateral relationship. Any attempt to reconcile or step back will appear weak, and will not be accepted by domestic politics and citizens. Considering this dynamic, a “middle-out” approach should be considered as an essential step for reconciliation and conflict resolution. This approach recognizes that mid-level leaders—“unofficial but influential” social and political groups as well as individuals—are a natural bridge for influencing both top- and local-level leaders.

These leaders can be highly respected individuals (such as Nobel laureates and prominent scholars), leaders of civic groups and institutions or leaders of identity groups. Their position does not depend on political or military power. Such leaders are likely to have connections with people at both the top and the grassroots levels. The middle level leaders can act as channels through which new perceptions and ideas are filtered to ordinary citizens, and they can also communicate with authoritative decision makers. They are the reliable sources for new information and new concepts.

Conflict resolution practitioners emphasize the importance of mid-range leadership and what they call a “middle-out” approach for building peace. If it is too difficult for the governments to take action, then it is very important that non-government organizations, academics, and civil society stand out in some kind of role to ensure peace and to better maintain the bilateral relationship. The “middle-out” approach can communicate new concepts to the upper echelons of leadership as well as to the general public. Each single book, public speech and, dialogue between the middle-range leadership of two countries can make a difference.

In many deep-rooted conflicts, past relationships and problems become sticking points during contemporary events and impede the reconciliation process. Because of these sticking points, countries are ill-equipped to deal with intractable conflicts and formal conflict management techniques, such as negotiation and mediation, are not very useful. In such conflicts, sustained dialogue is a more appropriate response to underlying causes. Indeed, a growing number of conflict resolution practitioners have been utilizing dialogue to transform deep-rooted conflicts, such as that between the Palestinians and the Israelis and among groups in Northern Ireland. Unlike debate, which seeks to score points and to persuade, the goal of dialogue, in which small groups of people who hold opposing views on highly divisive and emotional issues are brought together to have a conversation, is to create mutual understanding and respect—essentially the recognition of the validity of opposing viewpoints. Although this does not directly lead to a resolution of the conflict, it can lead to a transformation in the way the conflict is pursued.

Indeed, both countries needs more people, especially the mid-level leaders, to participate in the process of candid dialogue. Without dialogue the misunderstandings between the two countries would accumulate so that it would be even more difficult to resolve in the future. Following this direction, China and Japan should promote a dramatic increase in contact and exchange between mid-level leaders and key civilian counterpart groups. For example, Chinese and Japanese representatives, including those considered “hard-liners” on each side, should begin meeting behind closed doors with competent facilitators. These meetings should continue at regular intervals for a period of several years. Considering the tendency of each country’s media to demonize the other, a journalists’ exchange program should be implemented to permit reporters and commentators to spend time living among the people in the other country.

History teachers and historians also play an important role in the reconciliation of deep-rooted conflicts. History education and school history textbooks can serve as “agents of memory.” They shape our identity in dynamic ways—not only in how we understand ourselves, but also in how we are understood by others. There is a feedback loop in China and Japan whereby the nationalistic history education stimulates the rise of nationalism, and the rise of nationalism provides a bigger market for nationalistic messages. At the same time, top-level leaders are not only locked into their individual positions, but they also frequently use historical grievances as resources for political mobilization.

In the past several years, a small group of history educators of the two countries had launched joint historical research projects and a joint history textbook writing project. However, these meetings were suspended for different reasons. They should work together to resume these projects. Elites of both countries should realize that, with­out meaningful educational reform in both countries eventually, other political mechanisms, such as diplomatic meetings between political leaders and other official exchanges between countries, are likely to be “top-down” and will have only a limited impact on building peace and understanding.

When China and Japan normalized relations in 1972, this was mainly a top-down arrangement realized by top leaders of both countries. Lack of real reconciliation from the general public and those at the grassroots level is why the foundation of this relationship has been so weak. It is very important to avoid conflict; both countries should go back and complete this unfinished reconciliation between peoples.  To reach this real reconciliation the different levels of leadership in society should play a role.

Zheng Wang is a Public Policy Scholar at the Kissinger Institute on China and the United States of the Woodrow Wilson International Center for Scholars. He is an associate professor at the John C. Whitehead School of Diplomacy and International Relations at Seton Hall University in New Jersey. He is the author of Never Forget National Humiliation: Historical Memory in Chinese Politics and Foreign Relations.

China-Japan Relations Diaoyu Islands
printTweet
You might also like
Back to Top
CHINA US Focus 2018 China-United States Exchange Foundation. All rights reserved. Disclaimer