Under the Obama administration U.S. policy toward North Korea largely has devolved into the president sitting in the Oval Office, closing his eyes, and hoping the nuclear monsters will go away. Alas, it hasn’t worked. Pyongyang has staged its 4th nuclear test and may well be working on the hydrogen bomb that it falsely claimed to have tested this time. 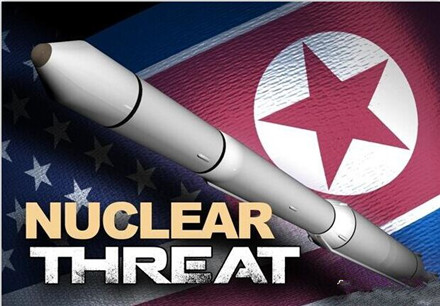 After the test President Barack Obama seemed to look the other way and wait for Beijing to do the dirty work of confronting North Korea. This approach isn’t likely to work either. Without a change in diplomatic relations, a nuclear North is here to stay. Announced North Korea’s Foreign Ministry: “The U.S. should be accustomed to the status of the DPRK as a nuclear weapons state whether it likes it or not.”

The administration’s frustrations in dealing with the DPRK are understandable. Nothing seems to have worked. The latest member of the ruling Kim dynasty is unlikely to abandon his nation’s nuclear pretensions. In fact, the latest test came amid evidence of warming ties with the People’s Republic of China and reports of a possible invitation to Kim Jong-un to visit Beijing. Evidently Pyongyang has no regard for its ally or America’s opinion on the issue.

North Korea remains the land of no good options. Two decades ago Defense Secretary Ashton Carter helped prepare plans for striking the North’s nuclear facilities. However, triggering the Second Korean War would be a poor legacy for President Obama.

Washington is pressing the UN Security Council to approve additional sanctions; the House has passed legislation to impose additional unilateral economic penalties. But the Kim’s never have let their people’s suffering influence policy. The North’s economy remains largely isolated except for trade with China, and so far Beijing, though professing to support a “necessary response” by the UN, has refused to apply sufficient pressure to threaten the Kim regime’s survival.

If the PRC did so the U.S., its allies South Korea and Japan, and China all might regret getting what they wished for. An abrupt and violent regime collapse could yield civil disorder, factional combat, loose nukes, and refugee tides. The consequences would overflow the DPRK’s boundaries.

That could lead to Chinese military intervention to stabilize a new, pro-PRC government in Pyongyang. Then the Republic of Korea would face a renewed and likely permanent division of the peninsula.

The administration could continue its “close one’s eyes and hope for the best” approach. Yet that almost certainly means continued North Korean development of nuclear weapons and long-range missiles. Including eventual development of submarine-launched missiles and hydrogen bombs. Even more could be in store so long as Pyongyang subordinates its people’s welfare to weapons development.

The only other alternative? What Beijing has advocated all along: engagement with the North.

Obviously, there’s no guarantee that this approach will work either. Nevertheless, it offers what the North most wants—direct contact with America. The Obama administration’s insistence that Pyongyang take steps toward denuclearization first is a non-starter. Talking will be necessary before any concessions can be gained.

Negotiations also seem essential to winning greater Chinese support in dealing with the DPRK. In Beijing’s view the U.S. is responsible for creating a hostile security environment for the North. Indeed, after recent administration criticism of the PRC’s policy toward North Korea, the Chinese Foreign Ministry insisted that China was neither the cause nor the solution to the crisis on the peninsula.

Understandably, the PRC is unlikely to risk its political and economic position in the North as well as the ill consequences of a North Korean implosion if Washington does not do its part. Although Beijing does not want a nuclear North, so far stability appears more important than denuclearization on the Korean peninsula.

Moreover, negotiations offer the opportunity to resolve subsidiary issues and improve security even short of achieving full denuclearization. There’s no particular reason to believe that the Kim regime ever will agree to abandon nuclear weapons which have delivered prestige, deterred attack, and enabled extortion. But there may be opportunities to cap the nuclear program and limit weapons development. Perhaps there are trade-offs to be made between military exercises in the South and advanced positioning of military units in the North. Or something else.

An ongoing dialogue, no matter how limited, offers additional opportunities. If Pyongyang is ever going to talk about human rights, it will do so only after it feels more secure. If there is any hope for evolutionary change within the North, such a process will be advanced by greater cultural and economic cooperation.

Moreover, a Republican successor to Obama—certainly as possible as not—would be less inclined to give diplomacy a chance. At least the new GOP president might choose prudence over rhetoric if a negotiating process was underway. However, almost all of the Republican candidates, and all of the leading contenders at present, seem reluctant to appear “weak” by doing anything other than attempting to dictate to America’s foes. Which would be a bust in dealing with both the DPRK and China.

North Korea’s latest nuclear test is bad news, though hardly a surprise. Indeed, it’s probably the inevitable outcome of a policy which continues to confront Pyongyang militarily without engaging it diplomatically. If Washington wants a different result, it will have to employ a different approach. Which means engagement.

Doing so still might not make the North’s nuclear monsters go away. Nevertheless, the lesson of the DPRK’s latest nuclear test is that talking to North Korea offers a better hope of success than ignoring it. But then, that’s what Beijing has been telling the U.S. for a long time.