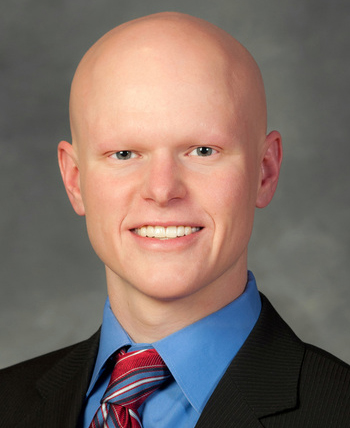 First, as the leadership looks to propose market reform initiatives that will effectively undermine special interest groups – including State-owned enterprises (SOEs), corrupt officials, bureaucratic institutions, and local governments – it will face strong opposition.  Much of that opposition will come from the SOEs, which have not only been the main source of official corruption, but also the most formidable obstacles to achieving market reforms.

However, recent trends have shown that pushback from these special interests may not be so difficult to overcome. Comprised of leaders like Xi Jinping and Wang Qishan – Princelings who come from prominent Communist veteran families – the leadership now has more political capital to rein in SOEs and coordinate governmental agencies than it did under predecessors Hu Jintao and Wen Jiabao.

This year, three SOE monopolized industries—rail, oil, and telecommunications—have succumbed to purges of senior executives on corruption charges. Meanwhile, the minister of the State-owned Assets Supervision and Administration Commission (SASAC) who oversees all state-owned-enterprises has been arrested. Furthermore, the ministry of railways has been dismantled, and the government has announced that the private sector will be allowed to invest 200 billion yuan in railways over the next two years. One could reasonably argue that by simply continuing these trends toward containing SOE monopolies, the leadership will create enough open space in the market for the private sector and foreign competitors to expand.

The second pessimistic view is that Xi’s governing strategy, which can be characterized as “politically conservative and economically liberal,” will not be sustainable since economic development and political development are closely linked. Although correct in theory, this view overlooks the importance of implementing reforms in a sustainable sequence and the fact that market reforms will both pave the way for political changes and provide the political capital for Xi to pursue other changes in the near future.

On the surface, none of the seven members of the PSC are famous for being strongly interested in pursuing political reforms. In fact, the politically conservative nature of the top leadership has become evident over the past year as media censorship has tightened and public intellectuals at China’s universities, think tanks and other institutions have been instructed to avoid speaking about seven sensitive issues: including universal values, freedom of the press, civil society, citizens’ rights, past mistakes made by the Party, state capitalism, and judicial independence (or constitutionalism). This directive has resonated very poorly with Chinese public intellectuals who, along with human rights lawyers, have been primary targets for harsh political treatment—including imprisonment.

Despite concern over this trend toward political conservatism, Xi and his leadership team have earned public praise for their tough anti-corruption campaign, which has already changed the behavior of many Chinese officials.

On the “economically liberal” side, Xi is unambiguously committed to his “Chinese dream” mandate, which he defines as the rejuvenation of the Chinese nation and the realization of a middle-class lifestyle for the Chinese people. This aspirational mandate has brought a marked contrast to the previous decade, during which the middle class was not particularly happy.

The dominant economic trend in China over those years was what the Chinese call “the state advances as the private sector retreats.” As state banks issued fewer loans to small and medium-sized private firms and as the Chinese stock market performed sluggishly, the middle class was left with few investment opportunities beyond real estate. That “lost decade” created many of today’s economic problems, including excessive shadow banking, large local debts, manufacturing overcapacity, and property bubbles. Despite Hu’s focus on addressing economic disparity, it remains very difficult for people of lower classes, like migrant workers, to realize a middle class lifestyle.

To respond to these concerns, at the Third Plenum the leadership will most likely promote financial liberalization (especially to promote small and medium-sized private banks), fiscal reform (especially of central-local tax divides), deregulation, urbanization (including large scale changes to the household registration system), land use rights, and pricing for natural resources.

The leadership has also signaled an embrace of “comprehensive reforms” at the meeting, which include economic, social, political, cultural and ecological transformation, instead of merely economic reform. This implies that if President Xi is able to improve the lives of the middle class in the coming years, he may consider embarking on political and legal reforms. After all, an innovation-led economy requires political openness and media freedom; service-sector centric development needs a stable environment with rule of law; a vibrant consumer culture must be accompanied by a maturing civil society.

Finally, the third pessimistic view asserts that the leadership is unlikely to find consensus on these many issues, leading to factional infighting. With Chinese leaders generally divided into two coalitions—the Jiang Zemin camp now led by President Xi, and the Hu Jintao camp now led by Premier Li Keqiang—Xi holds a 6-to-1 majority on the PSC. Xi and Li seem to have had a cooperative partnership. For example, publically Li has been seen as the patron of the Shanghai FTZ, but the real driving force has been the Jiang camp, whose power base remains in Shanghai.

But the strong influence of President Xi and his protégés in China’s economic and financial circles may make Premier Li uneasy. Also, a majority of senior officials one or two levels below the Politburo Standing Committee belong to the Hu camp, and they are surely interested in gaining seats—including the “driver’s seat”—in the top leadership in the coming years.

In four years China will undergo another round of leadership turnover when five out of seven PSC members will retire. With this turnover in mind, Xi and his coalition understand the importance of carrying out their market reform agenda. Failing to deliver will significantly undermine Xi’s leadership credibility, reduce middle class support, further alienate liberal intellectuals, marginalize China from important international economic integration like the potential TPP, and most importantly, make unattainable China’s strategic transition to a consumption driven economy.

Will President Xi and his team prove the pessimists wrong at the Third Plenum? They must—their political relevance depends on it.

Cheng Li is the director of research at the John L. Thornton China Center at The Brookings Institution, where Ryan McElveen is a researcher.

China’s Reform Third Plenum
printTweet
You might also like
Back to Top
CHINA US Focus 2022 China-United States Exchange Foundation. All rights reserved.