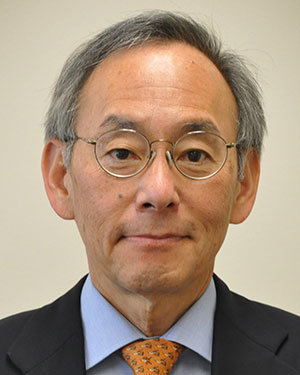 Steven Chu is the William R. Kenan Jr. Professor of Physics and Professor of Molecular & Cellular Physiology in the Medical School at Stanford University. He is currently the Chair of the Board of the American Association for the Advancement of Science (AAAS) and its past President. He has published papers in atomic physics, polymer physics, biophysics, molecular biology, ultrasound imaging, nanoparticle synthesis, batteries and other clean energy technologies.

He served as U.S. Secretary of Energy from January 2009 through April 2013. Prior to that, he was director of the Lawrence Berkeley National Laboratory, professor of Physics and of Molecular and Cell Biology (2004 to 2009) at UC Berkeley, the Francis and Theodore Geballe professor of Physics and Applied Physics at Stanford University (1987 to 2009), a member of the technical staff and head of the Quantum Electronics Research Department at AT&T Bell Laboratories (1978 – 1987).

Dr. Chu is the co-recipient of the 1997 Nobel Prize in Physics for his contributions to laser cooling and atom trapping. He received numerous other awards and is a member of the National Academy of Sciences, the American Philosophical Society, the American Academy of Arts and Sciences and 8 foreign Academies. He received an A.B. degree in mathematics and a B.S. degree in physics from the University of Rochester, and a Ph.D. in physics from the University of California, Berkeley, and 32 honorary degrees.