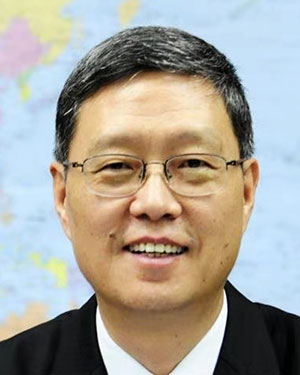 Mr. He Yafei was born in Ningbo, Zhejiang Province in March 1955, graduated from Beijing Foreign Studies University, and later studied at Geneva Institute of International Relations.
Mr. He Yafei served as Counsellor of the Chinese Permanent Mission to the United Nations, Deputy Director General of the Arms Control Department of the Ministry of Foreign Affairs, Minister Counsellor and Minister of the Embassy of China in the United States, Director General of the America and Pacific Department, Assistant Minister and Vice Minister of the Ministry of Foreign Affairs, Representative and Ambassador of the Permanent Mission of China to the United Nations Office at Geneva and other International Organizations in Switzerland, and Vice Minister of the Overseas Chinese Affairs Office of the State Council.
Mr.He Yafei currently serves as the Secretary General of International Mountain Tourism Alliance, and Distinguished Professor of Yenching Academy of Peking University.
Mr.He Yafei has rich experiences in diplomatic practices, and in-depth research and studies on the global governance and China's foreign policy, on which he has published several books. His latest book China and Global Governance was published in March 2019. On the basis of clarifying the concept and mechanism of global governance, he clarifies China’s role in the global governance, and summarizes the concepts and practices of China’s efforts in improving global governance system and innovating the model of global governance mechanism.