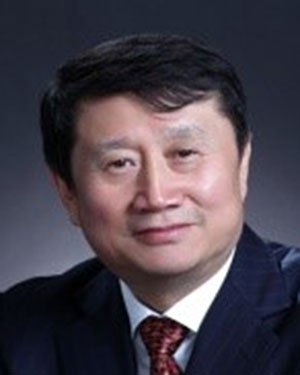 Mr. Wang Binghua, graduated from Wuhan University of Hydraulic and Electric Engineering with a master degree of Electric System and Automatization. He started his career with Qinhe Power Plant in Liaoning Province in 1974, worked as Duty Chief, Operation Section Chief and Chief Engineer. He became the Deputy General Manager, then the General Manager of Jinzhou Power Plant in Liaoning Province during 1991 to 1993. From 1993 to 1999, he served first as Chief Engineer, then Deputy Director General and Director General of Electric Power Bureau of Jilin province. In 1999, he was nominated Director General of Department of Generation, Transmission and Distribution in State Power Corporation of China. In 2001, he served as Senior Vice President of China National Nuclear Corporation (CNNC). From December 2002 to March 2007, he was President of China Power Investment Corporation (CPI). In March 2007, he was appointed Chairman of State Nuclear Power Technology Corporation (SNPTC), a position he holds at present time.