Mrs Lam was elected as the Fifth-Term Chief Executive of the Hong Kong Special Administrative Region on March 26, 2017, and was officially appointed to this position by the Central People’s Government on March 31, 2017 to assume office on July 1, 2017.
Mrs Lam is married and has two sons. 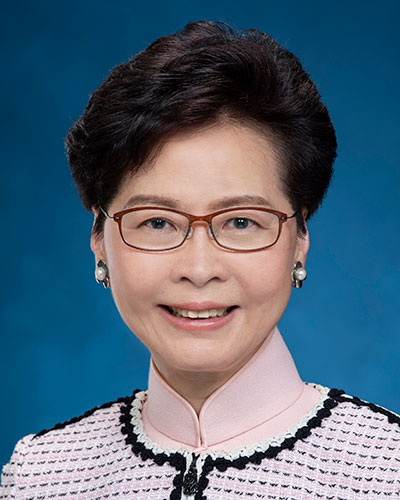