US-China Trade Frictions: A Suggestion Based on a Japanese Experience 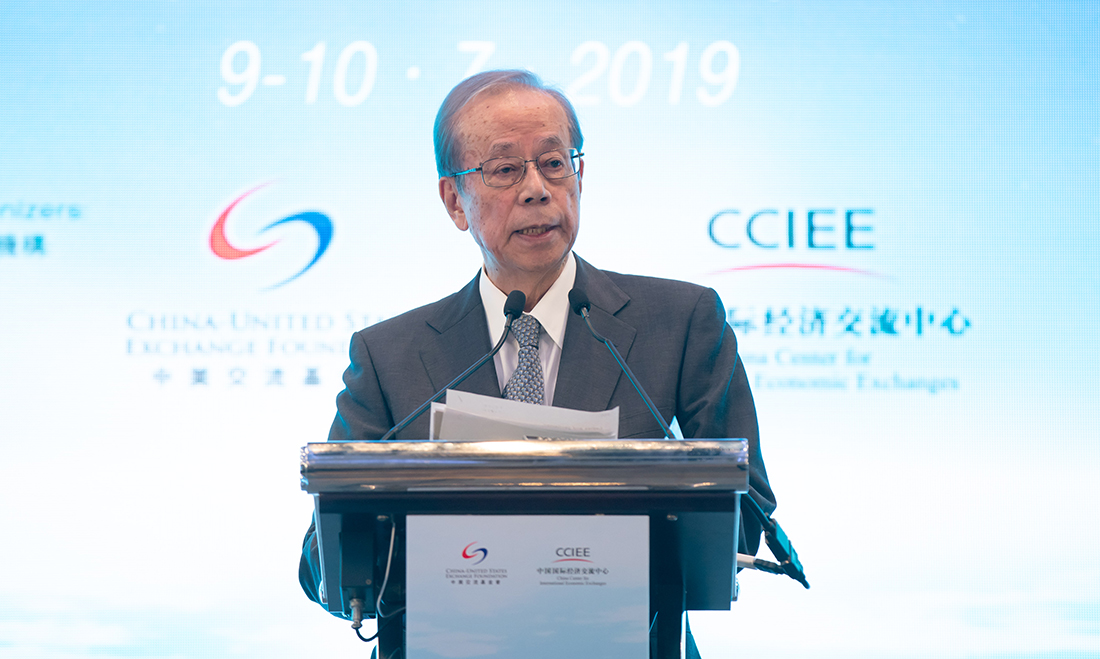 We are all living today in a world that is so dramatically changing.

The China of ten years ago was not playing such an important role in the world economy as today. Within the last decade, the Chinese people, who have exerted all out efforts on economic development, elevated their country to today’s world power position.

As interests in China have grown globally, some stark eyes are inevitably cast on what such a world power status implies. It is because each statement China makes and each step she takes affects gravely not only the future of US-China relations but also the direction of the entire world.

Given this situation, we must seriously contemplate what kind of role China ought to play. This is the most serious issue of our era that we are faced with.

In our case, at each phase of the bilateral frictions, we negotiated with the U.S. in great pains, with head-aches and often set-backs. But it is a fact that we concurrently learned many significant lessons from the negotiations. Throughout these bilateral negotiations, we were often compelled to make concessions. There were many stark occasions. But ultimately, all the difficulties we had to undergo proved to be the “delivery pains” to modernize and internationalize Japanese industries and society.

By repeating and overcoming these difficulties, Japan is recognized today as a modern nation state by the U.S. and European countries. And our neighboring Asian countries today regard us as their friend.

So, as we look at the frame and substance of today’s Japan, we consider that our economic frictions and confrontations with the United States -- stretching for almost half a century -- have not brought about only negative results.

Of course, the difficulties seemed to out-weigh by far any positive outcome we might have foreseen. This was particularly true at the time of the Plaza Accord – when we were forced to up-value the Japanese yen so sharply and so abruptly in the mid-1980s. The politicians and bureaucrats, who engaged in the toughest negotiation had to endure unspeakable hardship. This is not to say that the Plaza Accord per se was bad.

But in Japan, due unfortunately to mis-judgements and mismanagement by the political leaders and decision-makers, who were directly responsible for these negotiations, an unprecedented bubble economy was created shortly thereafter, which soon busted, resulting in more than a decade long serious recession.

The problems China is facing today are quite similar to those of Japan in those years. Back then, Japan was bad-mouthed as “Japan, Inc.” We were criticized as a bureaucratic state in which bureaucrats dominate and control our industrial sector, and that Japan was challenging the US to compete with as though our entire nation state was a single business corporation. As I hear the recent rhetoric of American negotiators with China, it reminds me of their attitude towards Japan of those years.

Even after the Plaza Accord, the U.S. and Japan have ceaselessly negotiated on trade or economic issues that were either pending or newly emerging, almost on annual basis. There were issues that could not be easily solved, but we could not leave them unattended and we have had to find a solution for each. Even the issues that seemed trivial, we tackled them with a strong sense of responsibility and from a broader perspective. It is because we considered that those small issues might not be confined to just the U.S. and Japan but may also affect the world economy as a whole.

China, as one of the two world powers today, is in a position that must recognize its own status, must share the global perspective with other major countries with a sense of responsibility required for a world power. Nonetheless, I do appreciate that the problems China must cope with are so diverse.

As I look back at the Japanese experience, I can state with confidence that our bilateral negotiations with the U.S. provided us with a golden chance to transform our society.

Of course, these entailed very tough decision-making processes. We feared that unless the political class coped with the challenges adequately, a terrible chaos would spread within the Japanese society, giving existential blows to both the manufacturing and agricultural industries. Deeply cognizant of such a risk, we searched for a more desirable form of our society and industries, and we have made enormous efforts to change ourselves courageously when changes were necessary.

Fortunately, these decades’ efforts led us to create a new culture encompassing not only major industrial goods and home appliances but even daily cuisines, while at the same time allowing us to tenaciously protect our traditional cultures. To me, the result is today’s Japan. Such a historical process might be comparable to what the European countries went through.

It is true that demands from the U.S. are numerous and often oppressing. But I believe China should not regard itself as a victim of trade frictions with the U.S. On the contrary, China should take this difficult phase as a great chance to transform the nation for the better and utilize it to adequately solve the problems. Such a determined effort will pave a way forward to the future and enable China to find new engines for continued economic growth. I pray that China will not miss this good opportunity and succeed in transforming the crisis into a chance amidst these fraught negotiations.

Of course, half the responsibility rests with the U.S. But it is a fact that the US, after World War II, built the world’s effective political and efficient economic system – i.e., the United Nations, the IMF and World Bank -- based on the philosophy the U. S. has long upheld. And the US has managed that international system so well for so many decades.

But there are diverse thoughts in the United States. Some presidents have been more committed to these ideals than others. Nonetheless, we cannot deny that both Japan and China have benefitted from this system. As the U.S. is losing today its enthusiasm to maintain this great system, the responsibility of its beneficiaries is heavy.

American demands are not always necessarily just. But unless appropriate policy measures can be formulated, terribly negative effects are felt throughout the world, as we are actually witnessing today. If a major power like China could not come up with responsive measures that meet expectations, who could? Other countries would certainly face dead walls.

I believe that China, as a major power, should squarely face the challenge, in cooperation with other countries. I believe China should take the specific first step to construct a “Community of Shared Future for Mankind”

I am a believer of this concept of a human community bound together by a common destiny. And I believe that this should be the future goal of not only China but of the world as a whole. Moreover, I am convinced that this path will benefit not only China but also the entire world.

I would like to remind the Chinese people never to forget that you are standing on an enormously trying junction. With the dramatically changing international situation, in fact, I believe all of us should stand up positively to this new historical phase and the challenge it embodies.

(Note: This is the text of Mr. Fukuda’s prepared keynote speech. The actual speech he delivered during the conference may be different.)