US-China Relations : Now and Beyond 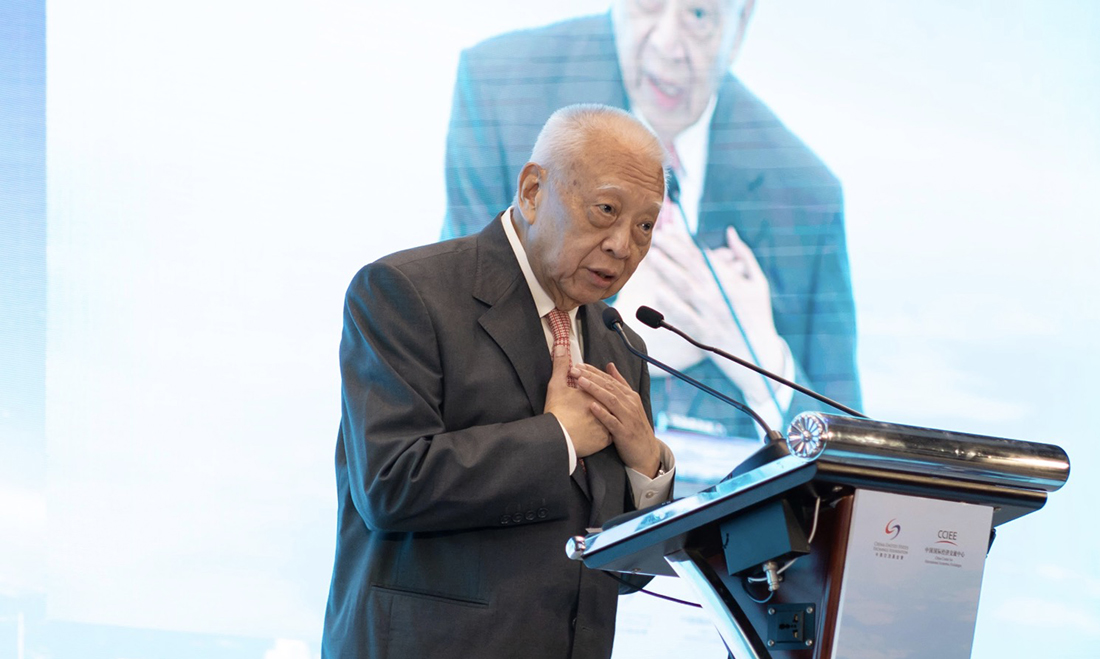 The recent meeting in Osaka between Mr. Trump and Mr. Xi gives us hope that the US-China trade relationship can move forward again. Immediately before the Osaka meeting, many of us sensed that the people of the United States and China, and in particular in the business world of the two countries, want to see progress being made in the discussions. Trade negotiation is always difficult, and maybe there will be set-backs, but in the end, I believe that common sense will prevail.

My assignment today is to talk about US-China relations – where we are now, and where we want to be in the future.

The modern day US-China relationship began 47 years ago in February, 1972, when president Nixon visited chairman Mao in Beijing. But it was not until 1979 when US-China diplomatic relations were formally established by president Carter and chairman Deng Xiaoping. Since that time, eight presidents of the United States and five leaders of China have pursued policies to ensure that the relationship moves forward positively.

Today, however, there are people in the US who, for one reason or another, advocate a so-called “decoupling” of US-China relations. They argue that China has taken too much advantage of the United States. This is an important topic, and, as someone who has spent half of his life promoting US-China relations, I think you know where I stand, but please allow me to make my case.

To start with, I think that it is important for everyone to understand China’s priorities, from where she came from, and where she plans to go from here. Over the past 40 years, China has made great strides in improving its economy and the welfare of its people, with hundreds of millions of Chinese being pulled out of poverty. Never in the history of mankind has so many people been pulled out of poverty in such a short time.

Nevertheless, at the end of 2018, per capita income in China was still only $10,000, as compared with the US, where per capita income was over $60,000. Indeed, the country still has some way to go to satisfy the Chinese people’s aspirations for a better life. In order to achieve that, internationally, China will continue to collaborate with other nations in the areas of trade, commerce, investment, etc. Domestically, she will pursue the development of science, technology and innovation, as well as continuing her path of reform and opening up her economy to the outside world. The ultimate aim is for her to eventually reach developed nation status. This may take some time.

There have been concerns in the United States about China’s rapid rise. It is asked “would China seek to become a hegemonic power, and pose a threat to the United States?” From this point of view, what is noteworthy is that, historically, at the pinnacle of its power during the Tang dynasty thirteen hundred years ago, and during the Ming dynasty 650 years ago, when China was the largest economy in the world, with over 30% of the world’s total GDP for years and years. During those periods, China never sought to expand her borders, export her method of governing, spread any extreme ideologies, or conquer other civilizations, although she would put up walls to keep invaders out. My point is that China does not seek to become a hegemonic power. It is not in China’s DNA to do this.

Today China preaches peace and shared prosperity for all nations. The expansion of China’s economic activities gives rise to common prosperity to everyone. A case in point: in every year since 2008, China’s economic expansion contributed over 30% to the growth of the global economy year in, year out. It is indeed China’s hope that the expansion of her economy is not only good for her people, but also for the rest of the world.

Furthermore, let me justify why a good relationship between the US and China is not only good for the two countries, but also good for the world at large.

Furthermore, with its high savings rate at around 50%, China will be seeking investment opportunities overseas. The US is an ideal destination for Chinese investment. Moreover, China has announced that its imports will not be subject to restrictions, and foreign investment will be more welcome. All I can see is an increasingly complementary US China trade and services relationship as time goes on. Some of you may ask is this for real? Yes it is for real. Why should I believe it. It is for China’s own interest too.

Second, US-China relations are based not only on trade, commerce and finance alone. The two countries have been collaborating with each other in the recent past on major challenges that the world was facing. In 2008, China actively participated in an effort to support the global economic recovery in the face of the financial crisis. The US invested $800 billion in the US, and China accepted the American suggestion, and invested $400 billion in China to shore up the development of the world economy. US initiative and Chinese participation at that time was essential for the subsequent global economic recovery.

Another example of the collaboration between China and the United States was in the effort to sign the Paris Accords on climate change in 2016. This was only possible because the two countries came together. And in West Africa, the Ebola epidemic was contained within 6 months of the US and China coming together. Towards the end of president Obama’s second term, China and the United States also began to discuss a collaborative effort to clean up the oceans of world, which is well-recognized as a very pressing problem. And in this respect, we are heartened that the G20 has taken on this issue.

There are a host of other challenges that the world will face in the years to come. Whether it is on issues such as how to reduce the migration of people globally, how to curb the proliferation of nuclear weapons, how to promote a weapon-free outer space, how to procure cyber security, etc. etc. In all these areas, collaboration between the United States and China is essential, and this collaboration can only increase the chances of attracting other important nations in support of these efforts and therefore the ultimate success.

Unfortunately there is also talk that the US and China will no longer cooperate with each other in science and technology in the future. I believe that, when it comes to scientists, engineers and innovators, one-plus-one is always more than two. It will be to the benefit of all the people of the world if the US and China can come together in these areas. Of course for that to happen, intellectual property needs to be protected. For this China will be on board. It is in her own interest.

Therefore, ladies and gentlemen, for all of these reasons, I believe that decoupling is not in the interest of the United States, nor of China, and certainly not in the intertest of the world at large. In fact, it is really short-sighted.

The more closely the two countries can work together, the better off the two countries will be, and the better off the world will be. Developing and maintaining a good US-China relationship will not be easy, and it is going to take people from the two countries to make major efforts to understand each other better, to listen to each other more, to give and take when things are difficult, and to keep an open mind, all because it is not just for our future, but also for the future of our children and grand-children. I listen carefully and make notes to many good suggestions. Stephen Roach I hear you. The work that this forum has undertaken over the last 2 days is only a small step of a long journey. This is just the beginning. Shall we see each other again next year?