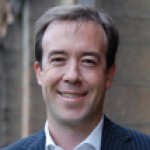 James Curran is Professor and historian at Sydney University and a research associate at its US Studies Centre. He is the author of The Power of Speech: Australian Prime Ministers Defining the National Image (2004) the co-author (with Stuart Ward) of The Unknown Nation: Australia After Empire (2010) and Curtin’s Empire (2011). He is currently writing a history of the US/Australia alliance in Asia from 1969-present
Back to Top
CHINA US Focus 2022 China-United States Exchange Foundation. All rights reserved.