Trade war has broken out between the US and China. What's at stake in this important relationship?

What do some people say?

On balance, US trade with China benefits Americans

Many Americans have been told that international trade—and more specifically, China’s trade relationship with the United States—is bad for workers and hurts US growth. Some American jobs have been lost. But, there are positives, too:

How do the different states benefit from economic exchange with China?

While much focus has been placed on the exchange of physical goods and services between China and the U.S., tourism is an integral part of this economic relationship. Since 2013, over 8,000 U.S. jobs have been created due to Chinese tourism to the U.S., fueling American employment in a variety of sectors such as auto rental, hospitality, and more.

Chinese Tourist Spending in the U.S. By Sector 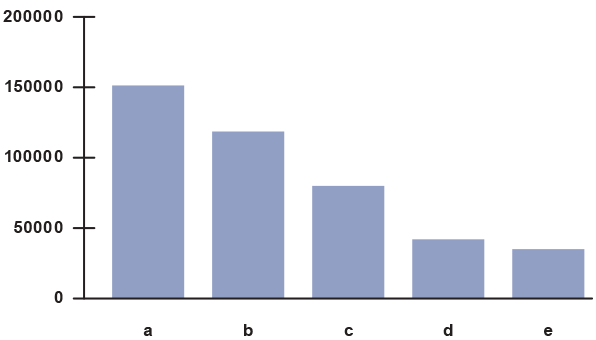 Source: The Bureau of Economic Analysis

Growth of Chinese Tourists to U.S. Education offers opportunities for the exchange of knowledge, and on campuses across the United States, Chinese and American students are sharing the university experience. During the 2016/2017 school year alone, over 300,000 Chinese students joined their peers in U.S. classrooms, generating over 150,000 jobs for the American economy.

For every seven international students enrolled, 3 U.S. jobs are created 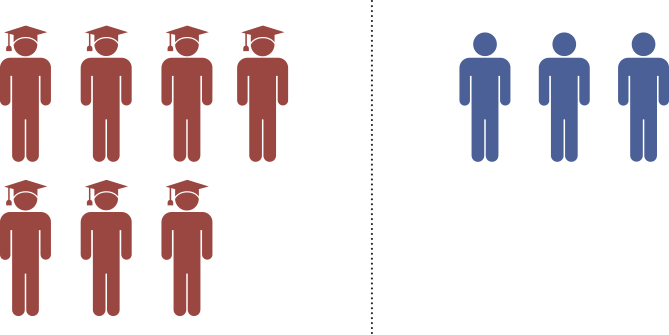 Place of Origin of International Students in the U.S.

As percentage of total international students in 2017

Source: The Institute of International Education

International trade has helped build the U.S. into an economic superpower. Although the U.S. has a trade deficit with China, a less-well known fact is that the United States actually ran a $39 billion surplus in services trade with China in 2017.

The U.S. Trade Surplus with China in Services 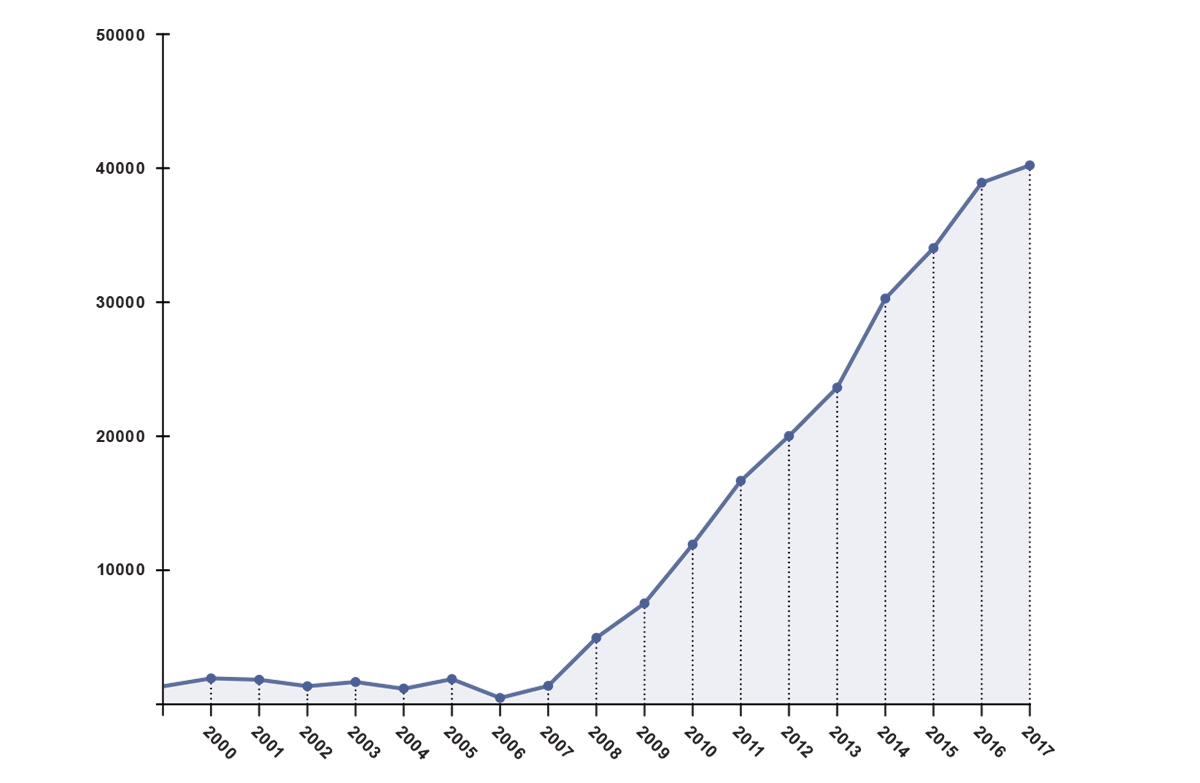 Source: The Bueau of Economic Analysis

Source: The U.S-China Business Council and the Department of Commerce 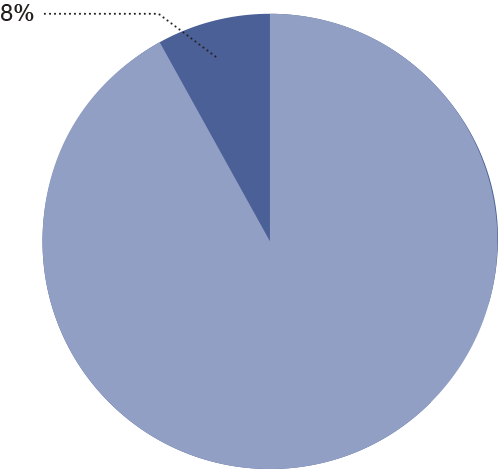 Key Facts Companies in the U.S.

Growth in Number of Americans Employed by Chinese-owned U.S. Companies 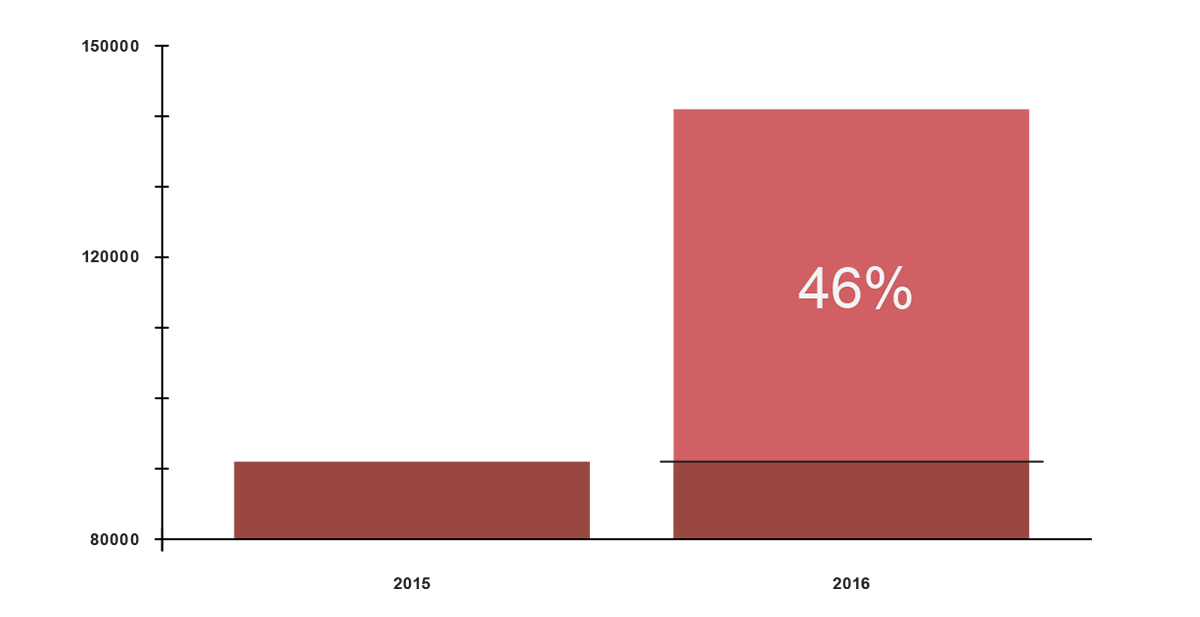 By 2026, the number of Chinese middle-class consumers will exceed the entire population of the United States. As the Chinese middle class continues to expand over the next decade, U.S. companies face a significant opportunity to sell goods and services to an expanding population of consumers. China is set to buy up to an additional

$90 billion worth of American goods over the next several years, according to Bloomberg, providing the American economy with an opportunity for revenue and job growth.

Value of U.S. Exports to China 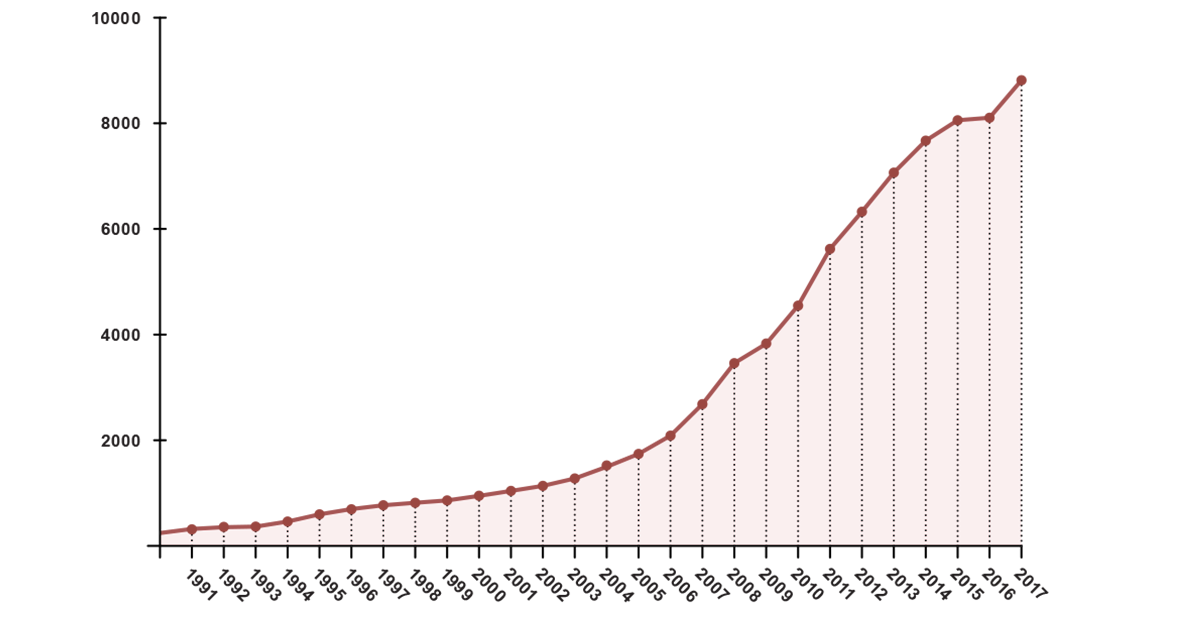 Both Sides of the Story

China is often blamed for its trade imbalance with the US. But what’s the other side of the story?

Some quarters in America have urged US President Donald Trump to engage in a trade war with China. Others have counseled him to work with China to reduce the trade imbalance. Which way should President Trump decide?

China has often been accused of making foreign companies transfer technology to local entities, and of limiting access to its market. These accusations have some truth to them.However, China is working to change this.

The US believes that China’s auto market is not as open as the US, but in fact, US auto companies have benefited greatly from economic and trade cooperation with China.

In 2016, China imported 255,000 automobiles from the US, amounting to US$12.12 billion. While the US imported 54,000 automobiles from China, amountingto US$1.18 billion, they were mainly produced by US-funded companies in China. According to China Association of Automobile Manufacturers (CAAM), China’s joint venture enterprises with three major brands, i.e. GM, Ford and Fiat Chrysler, had sold 5.1 million automobiles in 2016.

China’s Progress: From Imitator to Innovator

For many years, China has been viewed as an imitator, known for cheap, derivative products. In recent years, however, China is becoming more of an innovator. Chinese nationals are now writing new apps, creating new devices, and designing new clothes. China recognizes that it’s in its interest to support a robust intellectual property framework, as its own inventions and brands need protection too.

Click a tab to find out more about China’s progress in this area.

China is the second-biggest producer of top-cited research papers in the world, according to the 2017 Nature Index. One out of five scientific papers from the top Chinese institutions, including the Chinese Academy of Sciences, Peking University and Tsinghua University, were ranked among the world’s best.

The Chinese Academy of Sciences is now ranked by the Nature Index as the top research institution in the world, overtaking Harvard University and the Max Planck Society of Germany.

“Made in China 2025”, known as China’s “Industry 4.0”, is an initiative aiming to transform the country from a low-end manufacturing power into a medium to high-end manufacturing one. The priority sectors include new-generation IT, aviation and space equipment, and energy-saving and new energy vehicles.

PCT Application Ranking in 2016 (by country)

PCT Application Ranking in 2016 (by company)

By far, ZTE Corp owns more than 68,000 PCT patents in total, among the top 3 in the world for seven consecutive years. Huawei Technologies Co had won more than 55,000 domestic and international patents by the end of 2016; it was ranked the 8th on the 2016 EU Industrial R&D Investment Scoreboard.

Proportion of R&D Spending in Global Total (by country)

In 2013, global spending on research and development amounted to $1.671 trillion. The US stayed at the top, and China was the second, with R&D investment reaching $336.5 billion. China's R&D investment increases by an annual rate of 18.3%, far higher than the average of 1.4% among the developed nations.

Sources:Science & Engineering Indicators 2016 of the National Science Board

From 1995 to 2015, US' cumulative investment in research and development was $7.1 trillion

The $7.1 trillion of R&D investment by the US is about 2.5 times China's investment.

The US is the global leader in basic and applied researches. China's R&D investment is rising fast. China's expenditure in late-stage R&D is expected to reach $658 billion in 2018, twice the amount of the US.