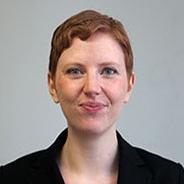 Madeline Earp is the Asia research analyst for Freedom on the Net, Freedom House's annual index of global internet freedom. Earp collaborates with local researchers to assess internet access, censorship and user rights in 15 countries across East, Southeast and South Asia, and authored the report’s China chapter in 2014 and 2013. Prior to joining Freedom House, she was the senior Asia program researcher at the Committee to Protect Journalists (CPJ) in New York.
Back to Top