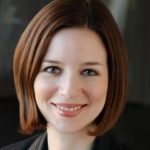 A subject matter expert on Myanmar and the greater Asia region, Murphy has focused on Asia since 2001. She served as the Special Assistant to the State Department’s first ever Special Representative and Policy Coordinator for Myanmar and participated in the most significant U.S. policy shift on Myanmar in decades. She also worked as an analyst on Asian political, foreign policy, and leadership issues at the Central Intelligence Agency.
Back to Top
CHINA US Focus 2022 China-United States Exchange Foundation. All rights reserved.