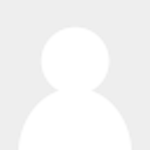 Jonathan Tai works as a research assistant at Inle Advisory Group, a business development consultancy with a specialty in Myanmar. He is also an M.A. candidate in through The Johns Hopkins School of Advanced International Studies.
Back to Top
CHINA US Focus 2022 China-United States Exchange Foundation. All rights reserved.