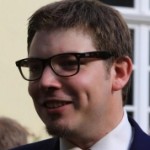 Rogier is a post-doctoral research officer at the Programme for Comparative Media Law and Policy. On the basis of his background in Chinese Studies and International Relations, he wrote a Ph.D. thesis on the relationship between media piracy in China, int
12 >   Total 14 (10 / Page)
Back to Top
CHINA US Focus 2022 China-United States Exchange Foundation. All rights reserved.