Why IP Probe into China Misses the Mark 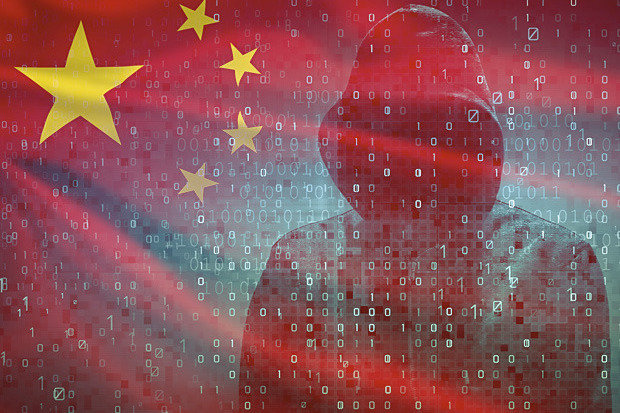 There seems to be a common narrative underpinning the West’s (and particularly the U.S.’) image of their place in the world. In short, the story is that after the Second World War, the United States (and to a lesser extent, Europe) established a rules-based, open global economic order, which permitted common development and prosperity. After the end of the cold war, the disappearance of the Eastern Bloc enabled the expansion of this order across the rest of the world. In “our” benevolence, we have welcomed China into this order in the expectation that it would see the light and transform itself into an avatar of “us”. And since no good deed goes unpunished, it has subsequently proceeded to eat our lunch.

It is this narrative that seems to have inspired Donald Trump’s recent order to the United States Trade Representative to determine whether to launch an investigation against China concerning its alleged theft of U.S. intellectual property. In conjunction, senior voices, including presidential assistant Peter Navarro and former intelligence and cyber commanders Dennis Blair and Keith Alexander penned supporting op-eds, arguing that these measures were overdue, that China’s IP theft cost the US economy up to 600 billion annually, and that China must stop doing it. The arguments they propose, however, are vague, inconsistent and in some cases, misguided.

Primarily, they fail to make clear what the actual problem is that they are trying to solve. A first category of claims concerns Chinese policies that mandate technology transfer and the localization of research and development, as well as user data of companies operating in China. It is not difficult to see why businesses would take issue with them: they increase costs, enable the emergence of future competitors, and present possible data security risks. Yet at the same time, the Chinese government never forced any foreign company to operate within its borders, and it has a legitimate right as a sovereign state to set the rules there. For foreign businesses, these measures were part of a Faustian bargain that enabled them to vastly increase profits by producing at lower cost, or to access a massive and rapidly growing market. Governments were complicit as well, as low-cost production from China artificially increased living standards and purchasing power at a time where middle-class salaries stagnated. It’s a pity this model turned out to be unsustainable, but it is difficult to see how China could be faulted for regulating according to its own perception of its national interest, instead of foreign demands.

A second group of bugbears concerns the infringement of intellectual property rights through piracy, and counterfeiting. To be sure, China’s history of IP law enforcement hasn’t been stellar. But in many cases, this has sapped the development of Chinese firms as much as it has hindered foreign firms. Moreover, it seems that Chinese courts are gradually getting better at IP protection across the board. Any action on this front would do nothing more than telling the Chinese government what it already knows.

Lastly, the authors accuse China of theft of know-how, industrial espionage, and hacking. In particular, Blair and Alexander point at espionage targeting U.S. weapons systems. However, the norm that Washington has sought to institute globally is that spying for national security purposes is legitimate, while it cannot be condoned to unfairly create economic benefits. If attempting to obtain information on stealth fighters or missile systems isn’t national security-related, it is difficult to fathom what is. Also, the previous administration’s actions against China on this front, including the indictment of five PLA officers, seems to have had some impact: reports suggest that hacking from China has decreased – even if that may have been a tactical reorganization on the Chinese side.

If the itches that this measure intends to scratch are the declining relative preponderance of the United States or the economic roiling of its middle classes, it is difficult to avoid the impression that scapegoating China is easier than reflecting on mistakes in Washington, from the failure to use increased wealth generate through trade to soften the impact on those on the receiving end, to the failure to effectively regulate the financial sector, and the waging of extraordinarily expensive military conflicts. It may also be instructive to look at the argument from the other side. China’s deeply cynical, but not completely inaccurate, reading of the “global rules-based order,” is that it is a vehicle for economic powers to channel their self-interest, with rules set aside when necessary. If the U.S. sees fit, for political reasons, to violate WTO rules on subsidies for the civil aircraft sector or cross-border provision of gambling services, then why shouldn’t China do the same thing? (Smug Europeans might take note that the EU does exactly the same, for instance with regard to the import of hormone-treated beef and, again, subsidies for civil aviation).

A further cynical, but not inaccurate argument is that, while the United States may now consider it is confronted with the greatest transfer of wealth in history, it has actually profited from similar actions in the past. In the 19th Century, Charles Dickens travelled to North America in an attempt to curb widespread piracy of his works. Hollywood developed on the West Coast to avoid patent enforcement by Edison. The Second World War was a particular boon for the acquisition of technology, through voluntary transfer by a beleaguered Britain, but also through pardoning and employing German and Japanese scientists, or using their data. And what, then, to make of the British wholesale theft of tea plants and processing know-how, to mitigate their trade deficit with China and support the expansion of their own colonies in India? From the Chinese perspective, this comes across awfully like kicking away the ladder.

None of this is meant to deny that China’s conduct in economic regulation and international trade has raised numerous legitimate concerns for foreign businesses and governments. Rather, it is necessary to recognize that this measure – effectively an investigation about potentially having an investigation – is going to accomplish little apart from squandering political capital that could have been better employed elsewhere. Instead, to effectively engage China, it may be more productive to:

(1)   Understand that China is in no way obliged (nor inclined) to perpetuate American economic preponderance, but can be expected to act in its own interest.

(2)   Address specific issues, preferably instances where China has made commitments that it isn’t living up to. The vagueness of the various IP-related allegations currently is self-defeating.

(3)   Have prepared tangible sticks and carrots. China will not make or change policy because foreigners demand it. It is, however, possible, to influence its cost-benefit calculations, or find domestic actors who may be on the same side of the argument. Part of that, particularly for businesses, must be the exit option.

More specifically with regard to intellectual property, there are many things businesses can currently do already, while governmental processes are on-going. A sound corporate IP strategy will include non-disclosure agreements for businesses operating with Chinese partners or staff, thorough IP registration and documentation procedures, and aggressive litigation against infringers. Cybersecurity training for staff and other forms of protection against hacking are crucial parts of good corporate governance, not just for IP, but also for sensitive business information. And perhaps most crucially, they must continue to innovate. IP is only one element of business success; product quality, maintenance and support, branding, and continuous improvement are at least equally as critical in maintaining a business lead.

Cyber SecurityChina-US Relations
printTweet
You might also like
Back to Top
CHINA US Focus 2018 China-United States Exchange Foundation. All rights reserved. Disclaimer