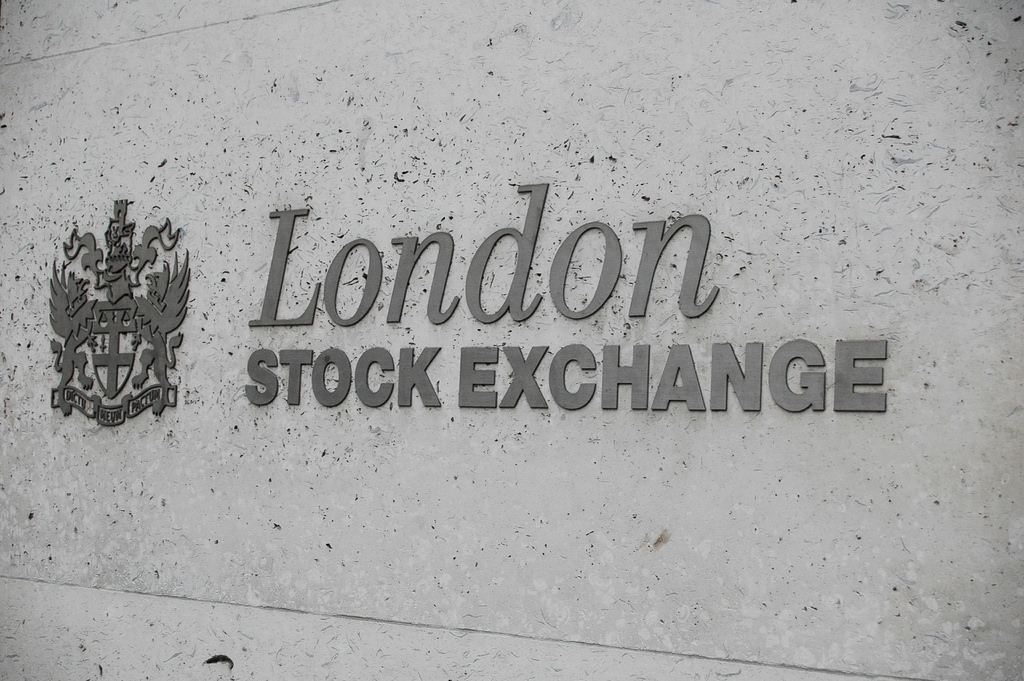 The United Kingdom is less than two years removed from the Brexit referendum result that triggered a more than 2 trillion-dollar loss in global equity markets on June 24, 2016. This was the largest single-day loss in absolute value in history and it was accompanied by much doom and gloom over the prospects for the U.K. economy.

One factor balancing ongoing concerns over the pending exit from the EU is that this also involves distancing the U.K. economy from the weaker, debt ridden EU countries collectively known as PIIGS (Portugal, Ireland, Italy, Greece and Spain.) Meanwhile, there is the opportunity to focus on establishing new ties with faster growing parts of the world like China. Prime Minister Theresa May expressed in January 2018 that the U.K. "will intensify the golden era of UK-China relations... as the U.K. leaves the EU and becomes ever more outward-looking, we are committed to delivering broad and deep partnerships and working together to tackle global challenges."

Notwithstanding gradual reductions in the impediments to capital flows in and out of China, substantial barriers remain. The Stock Connect schemes allow investors in the respective offshore markets much freer access than before. In the case of the Shanghai-Hong Kong Stock Connect there is some evidence that, despite its initial relatively small scale, the new northbound and southbound investment flows significantly impacted the price differentials across the two markets. Many Chinese companies have shares that trade in both Shanghai and Hong Kong, but at substantially different prices (after accounting for the different currencies involved) even though they represent claims on exactly the same set of earnings. Freer movement of funds between the two markets should allow such price discrepancies to be reduced as investors take advantage of the opportunity to sell in the relatively more expensive market and buy in the relatively cheaper market. Although A-shares in Shanghai continued to trade at a premium to H-shares in Hong Kong after the launch of the Shanghai-Hong Kong Stock Connect, the average premium of around 20% in mid-May 2018 looked rather mild compared to extremes that reached above 100% in the past.

Under the Shanghai-London Stock Connect, U.K. investors would be able to take advantage of new opportunities in China just as mainland Chinese investors would more easily be able to diversify outside of Asia. The diversification opportunities offered by the existing Shanghai-Hong Kong and Shenzhen-Hong Kong Stock Connects remain more limited given the inevitable interdependence between these markets, each of which is technically part of the same country.

A major spur for the new Stock Connect lies in the fact that the city had already become a major hub for trading in China’s currency, the renminbi. London is the most important external renminbi center other than Hong Kong, having overtaken Singapore in renminbi clearing volumes in 2016. The London market has also been home to significant volumes of bond issues denominated in the Chinese currency. There were more than 95 renminbi-denominated bond issues listed on the London Stock Exchange in 2016, for example, accounting for an aggregate total equivalent to approximately six billion U.S. dollars. SWIFT’s January 2018 RMB Tracker confirmed that London remained the largest clearing center outside of Greater China in 2017. There is also the opportunity for the Shanghai-London Stock Connect to tap into the growing China focus evident elsewhere in Europe, as with the November 2015 launch of Frankfurt’s China Europe International Exchange as a joint venture between the Shanghai Stock Exchange, Deutsche Börse and China Financial Futures Exchange. Just as the Shanghai-Hong Kong Stock Connect offered overseas investors access to the mainland China market via Hong Kong, the new Shanghai-London Stock Connect will make China access more readily available to other European investors.

This is not to say that the new Stock Connect does not face substantial challenges. Perhaps the most obvious concerns the eight-hour time difference between London and Shanghai. This problem can, however, be circumvented by the use of specially constructed financial instruments that will be issued in each market. These instruments, known as “depository receipts,” involve claims on foreign shares that can be freely traded on the domestic market. Under the Shanghai-London Stock Connect, depository receipts of London-listed stocks would be traded on the Shanghai market and depository receipts of Shanghai-listed companies would be traded on the London market. Moreover, Chinese depository receipts traded on the London market would be subject to the same terms of settlement as other London-based equities. This “settlement” concerns the delay between the execution of a trade and the movement of funds from buyer to seller. Different settlement times across the two markets would otherwise be a problem, with the Shanghai exchange featuring a one-day delay relative to London. The need to fully work out these mechanisms explains the delay between the 2017 pilot study and the 2018 implementation. It remains unclear whether the Chinese depository receipts would be fully convertible into local Shanghai shares. In remarks included in the May 2018 China Securities Journal, Shenwan Hongyuan Securities analyst Lin Jin suggests that full convertibility is unlikely to be built into the initial structure of the Stock Connect. However, this would not preclude such convertibility being added later on.

An important milestone laying the groundwork for the Shanghai-London Stock Connect was the State Council’s approval of the China Securities Regulatory Commission’s CDR (China Depository Receipt) scheme on March 31, 2018. Interestingly, this same CDR scheme could also represent a way of enticing Chinese companies that had IPOs in the United States to establish a presence in Shanghai. The guidelines mandate a minimum market cap of ¥200 billion (or approximately $32 billion) for innovative firms that have an existing offshore listing, with eligibility extended to innovative companies not already listed overseas so long as they meet other criteria including minimum sales and profit levels. Notable Chinese companies that easily qualify, while currently having their shares listed only on the New York market, are Alibaba and Baidu. Following the approval of the new CDR scheme, in April 2018, Governor Yi Gang of the People’s Bank of China not only confirmed that the new Stock Connect would be launched before year end but also announced a substantial expansion in the existing Shanghai-Hong Kong and Shenzhen-Hong Kong Stock Connects. Indeed, the daily limits for each of these quadrupled as of May 1, 2018, with new quotas of ¥52 billion and ¥42 billion, respectively. Although the quota limits for the Shanghai-London Stock Connect have yet to be revealed, the hefty expansion in the scale of the existing Stock Connects at least gives some suggestion that the Chinese authorities have become willing to allow for greater movements of funds.

Not everyone is optimistic about the new Stock Connect. For example, consulting firm Capital Economics has already derided the venture as representing “more hype than substance.” This is perhaps a bit premature given that it could not possibly have much substance until it is actually launched. Nevertheless, it would not be surprising if it took some time to induce meaningful new flows of funds between China and the United Kingdom. The volumes seen under the original Shanghai-Hong Kong Stock Connect themselves rarely challenged even the relatively low initial quota limits and it is quite possible the short-run impact of the Shanghai-London Stock Connect could be similarly underwhelming.

The potential long-run impact cannot be overstated, however. It is nothing less than a landmark step forward in China’s integration with world financial markets. For the perils of underestimation of the consequences of such major moves, one need look no further than Henry Kissinger’s remarks at the time of Richard Nixon’s famous visit to China in 1972: “The maximum amount of bilateral trade possible between [China and the United States] … is infinitesimal in terms of our economy.” That is surely one claim he would like to have back!

China-UK Relations
printTweet
You might also like
Back to Top
CHINA US Focus 2018 China-United States Exchange Foundation. All rights reserved. Disclaimer