America’s Desire to “Do Something” About Human Rights in China 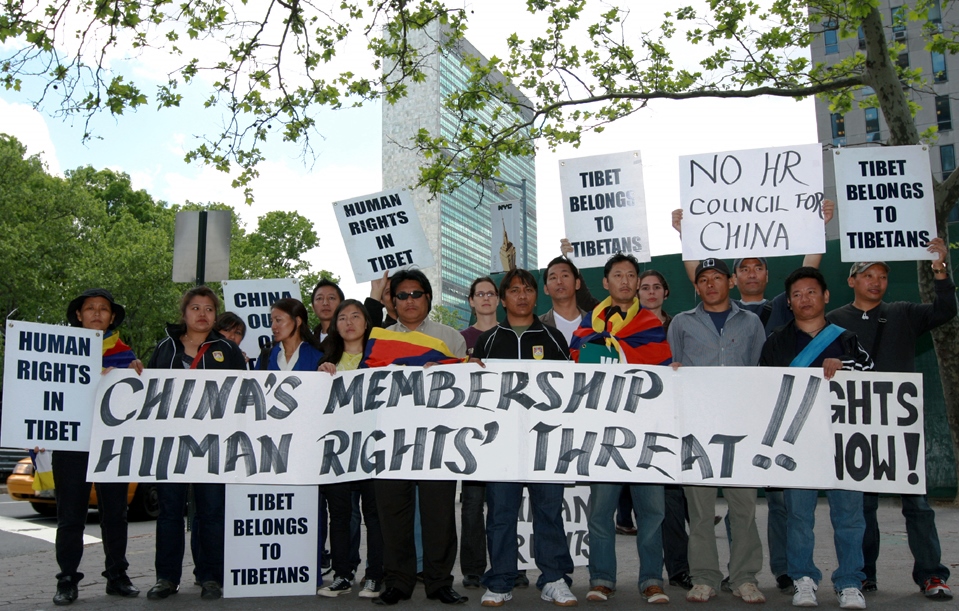 The Trump administration is inconsistent at best when addressing the issue of human rights. Officials recently targeted China, with Vice President Mike Pence giving a detailed list of particulars. The administration reportedly is considering sanctioning Beijing. Despite the president’s pretended concern for humanitarian issues, when the brutality is committed by an ally — such as Egypt, Bahrain, or Saudi Arabia — administration officials fall silent. Most recently the president attempted to whitewash Riyadh’s murder of Saudi dissident journalist Jamal Khashoggi.

Hypocrisy aside, there is much to criticize about China’s behavior. Perhaps of greatest concern is the creation of reeducation camps which now hold a million or more Uighurs. The issue of terrorism cannot justify incarcerating a tenth or more of a particular ethnic group simply because the people are Muslim. The desire of Americans to “do something” in response is laudable. However, morality is not the same as practicality. A human rights crusade against the People’s Republic of China is bound to fail.

President Xi Jinping is taking the PRC in a much more authoritarian direction, and Washington’s ability to influence China’s course is limited. The experience of decades of economic sanctions demonstrates how difficult it is to persuade foreign governments to change their policies. American sanctions on Iraq, Iran, North Korea, Yugoslavia, Sudan, Syria, Cuba, and other nations largely failed: at most, economic penalties encouraged negotiation. None of these governments surrendered to U.S. pressure. Most effective are international efforts directed at narrow objectives, which are not considered vital by the government targeted. In the case of China, tariffs and other trade measures might win economic concessions from Beijing. Whether the Trump administration is pursuing the right objectives and adopting the most effective tactics is not clear. But at least the means and end are equivalent.

On the downside, declaring economic war discourages Beijing from cooperating with Washington in other areas. Whatever the justification for hitting China with tariffs, that government is going to be less cooperative on other issues of interest to the U.S. For instance, President Donald Trump blamed North Korean recalcitrance in moving forward with denuclearization on Chinese retaliation for his trade war. In fact, Beijing’s Korean stance likely reflected several factors, of which trade was only one. Nevertheless, the president should not expect the Xi government to aid a nation which has declared economic war on the PRC.

Moreover, for China, human rights is more sensitive than trade because the former has significant political impact. Low-key pressure sometimes can win the release of a particular prisoner. However, the Chinese Communist Party will not dismantle the system which ensures its rule. The CCP governs through repression, and abandoning that tactic would risk surrendering control. Indeed, President Xi has knowingly limited his population’s access to Western ideas, organizations, and people. Having spent time in the U.S. when younger, he almost certainly understands America better than President Donald Trump understands China. Xi obviously decided that political objectives trump economic and cultural consequences.

Although sanctions on the PRC are intended to punish China, limiting bilateral contact undermines long-term U.S. objectives. Washington should support connections which weaken CCP political control. For instance, cutting the number of Chinese student visas — proposed for reasons other than human rights — would lose an opportunity to influence future generations of Chinese leaders. Some of Mikhail Gorbachev’s reformist aides spent time in America, after all.

Economic sanctions also reduce business cooperation, which has brought many Chinese and Americans together. Cutting these ties would limit the Chinese stake in the bilateral relationship, further weakening relations. The U.S. should restrict trade and otherwise beneficial activities only if doing so has a reasonable chance of achieving important ends. Unfortunately, Washington’s sanctions often end up being little more than moral vanity.

The indiscriminate use of sanctions also reduces their effectiveness. The more common the economic penalties, the more difficult it is to ratchet up pressure on other governments. For sanctions to work, compliance must result in their elimination. Consider the case of Sudan, which allowed the secession of South Sudan after the U.S. promised to relax sanctions. Washington left them in place, largely eliminating their effectiveness.

Targeted sanctions, which attempt to punish political leaders and their supporters, have gained in popularity. Although morally attractive, this approach — perhaps forbidding Xi and other Chinese leaders from visiting or investing in America — would have little effect. More symbolic than real, they nevertheless would make cooperation with Washington on other issues less likely. The U.S. would essentially be giving up on its relationship with the PRC. A better option would be to link penalties to the perceived offense. For instance, Washington could build diplomatic support to deny China membership in or acceptance by organizations concerned with human rights, the rule of law, criminal justice, and related issues.

Moreover, the U.S. could forbid American firms from directly participating in human rights violations and punishing Chinese firms involved in such activities, such as constructing camps in Xinjiang or enforcing the Great Firewall. Washington also could bar companies from providing the tools of oppression, such as surveillance equipment. Some U.S. firms refused to sell film to South Africa’s apartheid government for use in passbooks, which had to be carried by black citizens. Such measures aren’t likely to change policy, but would exact some cost for committing human rights violations.

Balancing idealism and pragmatism with regard to China isn’t easy. Unfortunately, decades of foreign policy hubris by Washington have brought mostly disaster. Moreover, America has no more important bilateral relationship than the one with China. Botching relations with the PRC, unlike, say, Sudan, could have catastrophic results.

If the administration desires to promote human rights, it first should take them seriously for allies as well as adversaries. Second, Washington should recognize the limits of its reach. Attempting to improve human rights in China is a worthy objective, but one largely beyond America’s capabilities. Any successful policy must be built on policies that are both humble and practical.

Human Rights
printTweet
You might also like
Back to Top
CHINA US Focus 2021 China-United States Exchange Foundation. All rights reserved.