A new survey conducted by the Committee of 100 (C-100) – a non-profit organization of prominent Chinese American leaders from politics, business, media and entertainment, and academia – underscores that Americans view cooperation between the two countries as critical and recognize the benefits of increased trade and investment. Americans are, however, skeptical of China’s economic, military, and political intentions.

The aim of C-100’s survey is to determine American attitudes toward China, including those of Chinese Americans, to foster a more fact-based dialogue within and between the two countries. 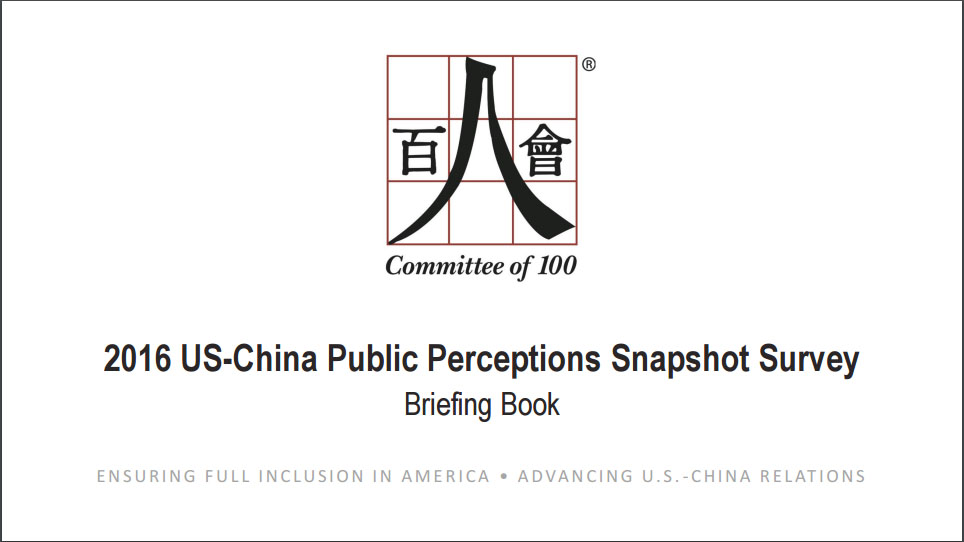 “The American understanding of the U.S.-China relationship is being undermined by distrust and miscommunication. These findings clearly show that there has never been a more important time for C-100 to promote cross-cultural understanding,” said C-100 spokesperson Frank Wu. “C-100 is proud to have led this unique survey since 1994. This ongoing effort is a testament to the organization’s mission to improve the quality of the dialogue about U.S.-China issues. We are excited to share this survey and discuss its findings during our upcoming Annual Conference to drive a fact-based conversation,” Wu added.

Other findings from the survey include:

Copyright: The Committee of 100