Earlier this month, the Pentagon endorsed a plan to invest 7.5 billion USD to strengthen U.S. presence in the Asia-Pacific region over the next five years. The plan, namely the Asia Pacific Stability Initiative, was first proposed by Senator John McCain earlier this year and has been supported by American legislators. According to Senator McCain, the initiative “could enhance US military power through targeted funding to realign our force posture in the region, improve operationally relevant infrastructure, fund additional exercises, pre-position equipment and build capacity with our allies and partners.” The proposal, if adopted, would translate into an extra spending of 1.5 billion USD for the region annually from 2018 to 2022. 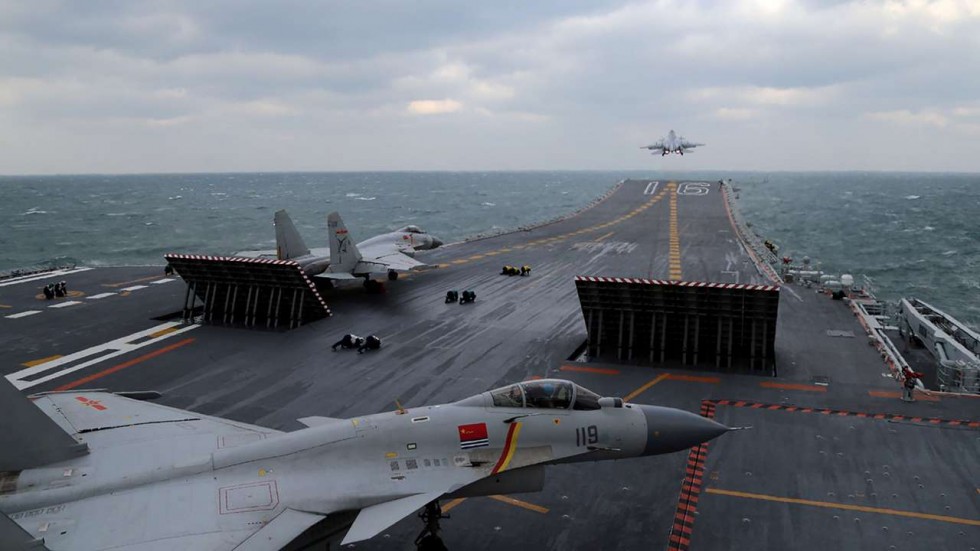 It is easy to understand why the proposal is popular in the policy community. Even since before Trump’s inauguration, people had been worried about his lack of prioritization of the Asia-Pacific region in his foreign strategy. Indeed, Trump had suggested during his presidential campaign that U.S. alliance commitments to its Asian allies, including Japan and South Korea, is negotiable unless they are willing to share more financial burden. Developments after his inauguration seem to confirm the perceptions. Since he assumed office, Obama’s signature campaign in Asia - the rebalancing to Asia strategy - has largely disappeared from the U.S. government statements and narratives. On the economic front, the Trump Administration formally abandoned the Trans-Pacific Partnership (TPP) trade agreement, Obama’s key regional trade deal. Given the deep disappointment and frustration with Trump’s Asia policy among Asia watchers, it is fair to say that the Asia Pacific Stability Initiative provided an encouraging message that U.S.’ remains committed to the region.

The two major security concerns, a rising China and nuclear North Korea, are easily identified to justify the initiative. In calling for the Trump administration to adopt the initiative, Senator McCain rightfully pointed out China’s bullying behavior in the region requires the U.S. to adapt to the scale of China’s challenges and address the questioned credibility of America’s security commitments in the region. Besides China’s growing capabilities, the intensification of the North Korean nuclear threat since the beginning of the Trump Administration has also made the initiative timely and appealing.

Although the Asia Pacific Stability Initiative has received a largely positive response from the government and the policy community, it remains to be seen how it fits with Trump administration’s broader policy and military posture for the Asia Pacific. So far, the administration has tried to reaffirm its alliance commitment to the region through senior level visits and statements. Both Secretary Mattis and Secretary Tillerson have visited Asia to send the message.

But at the same time, what people have widely taken notice is the fact that the U.S. has not yet conducted any freedom of navigation operations (FONOPS) since President Trump assumed office. FONOPS were conducted routinely in the disputed waters in the South China Sea under the Obama Administration. Reportedly, the Pentagon has turned down three requests by the Pacific Command to conduct such operations in the region. Although the Pacific Fleet Commander Admiral Scott Swift tried to attribute the lack of FONOPS by the broader transition of administration, it still raises questions in the region about what kind of posture the Trump Administration is envisioning for the Asia-Pacific.

China’s reaction to the Asia Pacific Stability Initiative has been minimal. This could be because that it is all unclear at this stage how the Initiative will secure its funding and it would be premature for China to react to a proposal that has not yet been materialized. But more importantly, China sees itself in a fairly comfortable position in terms of U.S.-China relations at this point. Despite the earlier fluctuation of relations with the U.S. before and at the beginning of the Trump Administration, bilateral ties seem to have taken a positive turn, especially after the Mar-a-Lago Summit between President Xi and President Trump in early April. Per the U.S. request, China has applied more pressure on North Korea, and the two sides have reached preliminary agreements on trade one month after the Summit at an unprecedented speed.

If China is convinced that the Trump Administration is indeed seeking a transactional relationship with China, it will be more inclined to believe that cooperation rather than confrontation would be the theme of Trump’s China policy.  In that case, a proposal such as the Asia Pacific Stability Initiative might still generate some discomfort, but would not lead to major repercussions for the U.S.-China relations. China is prepared to accommodate Trump on key issues in exchange for his cooperation on some other issues. For example, the Chinese are well-aware of the possibility of and need for more FONOPS under the Trump administration, yet what they are focusing on is whether those operations will be conducted in a way that is high-profile, provocative and slaps China in the face. In this sense, the Initiative by itself does not automatically translate into extreme antagonism against China, especially if China perceives it in a broader context of a U.S. cooperative/transactional attitude toward China.

The bigger question on the Asia Pacific Stability Initiative, even in Washington, does not lie in the direction it points to or the details it encompasses. Instead, it is about whether more military spending alone could strengthen American leadership in Asia. Although there are few disputes that a larger defense budget for the Asia-Pacific region is needed and welcomed, the key issues remain the U.S.’ commitment to its allies, its strategy toward China, its belief in the liberal trade system in the region and its determination to uphold its leadership role when needed. These profound strategic issues transcend a simple transactional approach to international relations and require firm commitment to principles.

On China, people criticize Trump for his naivety to think that the problems between U.S. and China can be solved by simple transactions, while the fundamental challenge by China to the U.S. on our global leadership role is not reconcilable through deals. If that is indeed the case, the Asia Pacific Stability Initiative might be the first step to shepherd the U.S. policy course in the right direction.