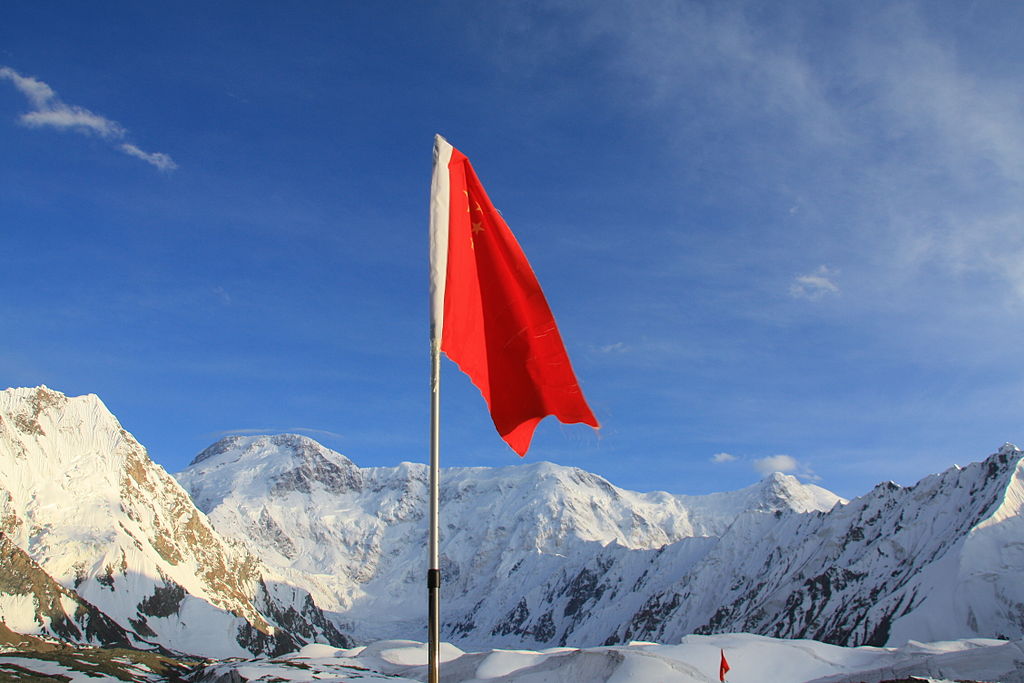 Since gaining the status of Observer to the Arctic Council in 2013, China has been making strides in increasing its Arctic presence. The vital role of a blue water Arctic in the future of geopolitics and global commerce is underscored in a remark made by Li Zhenfu of Dalian Maritime University who said, “Whoever has control over the Arctic route will control the new passage of world economics and international strategies.”

In January 2018 China released its Arctic Policy, declaring the “Polar Silk Road” as the third extension of its Belt and Road Initiative, and China as a “Near Arctic State.” Chinese companies, which cannot be fully separated from the government, have strategically stretched that role. They have expanded their engagement both physically, through funding icebreakers and increasing marine transits through the Northwest Passage and the Northern Sea Route, as well as financially and geopolitically, through dual-purpose direct investments and scientific undertakings in Arctic nations and corresponding territorial waters.

In contrast, the only functional heavy icebreaker belonging to the US is the Polar Star, which was built in the 1970’s with a 30 year life expectancy. The newest, and most technologically capable of the US’ icebreaking fleet, is the Healy, however this medium icebreaker does not have the icebreaking capacity of a heavy vessel. It is no wonder, then, that this summer Secretary of Defense Jim Mattis stated, “America’s got to up its game in the Arctic.”

The summer of 2018 marked the first time that Russian LNG cargo was shipped to China using the Northern Sea Route (NSR) instead of the traditional southern route through the Suez Canal, which is perceived as a vulnerability to China because it is controlled by US allies. A northern route would additionally allow ships to avoid chokepoints that have historically proven problematic due to piracy concerns. This 2018 cargo transit event highlights the way that global commercial maritime transit will be physically shifting as climate change progresses over the next few decades. The NSR and other Arctic routes are not currently commercially viable on a large scale, but that will change as waters warm, ice melts, and improvements are made in hydrographic mapping, and search and rescue response capabilities. The NSR passage from Asia to Europe makes geopolitical sense for China as well as commercial sense, since it shaves around two weeks off of transit time compared to the southern route.

Doubtless, the High North needs investment funds for sustainable development and construction of infrastructure. To this end, China is a valuable economic partner. Investment funds accepted must be weighed, however, against the risks associated with geopolitical leverage gained with those investment dollars. Strategic investment has been shown to be one form of economic coercion employed by China, whereby it leverages influence to secure its interests. For instance, major telecom provider, Huawei, has been called "effectively an arm of the Chinese government.” Financial investments have been used as leverage to coerce nations into severing diplomatic ties with Taiwan, which China claims as its sovereign territory. This is where economic development comes up against issues of sovereignty.

In the Arctic in particular, a November 2017 report from CNA revealed China has committed what is equivalent to 11.6% of Greenland’s GDP to resource development projects. This high level of FDI has geopolitical implications because since voting for independence from the Kingdom of Denmark in 2007, Greenland has struggled to develop a comprehensive economic strategy that would allow it to be fully independent. While it is largely self-governing, Greenland still receives substantial funds from Copenhagen to buttress its seafood export-based economy.

The issue of the implications of FDI came to a head recently over the question of who would provide funding for airport infrastructure upgrades in Greenland. When Denmark realized that the financing frontrunner was China, the government quickly stepped in to provide the funds. When Greenland’s Prime Minister, Kim Kielsen, accepted the money from Denmark, a pro-independence party (Partii Naleraq) of the ruling four-party coalition, broke away because they viewed this as Danish interference in Greenlandic politics. This caused Kielsen to lose a majority in parliament, leading him to scramble over the coming days to successfully renegotiate a new coalition.

Greenland is strategically important for the US both due to the presence of Thule Air Force Base, as well as NATO airspace. Following the Greenland airport event, the Department of Defense (DoD) issued a Statement of Intent on Defense Investments in Greenland, stating the US intends to “pursue potential strategic investments vigorously, including investments that may serve dual military and civilian purposes,” and to enhance its “military operational flexibility and situational awareness.” In response to DoD’s statement, Denmark’s Minister for Foreign Affairs, Anders Samuelsen stated, “The Arctic is increasingly important from a geopolitical point of view. We warmly appreciate the defense cooperation with the United States in Greenland, contributing to our shared objective of security while maintaining the region a low-tension area.”

China recognizes the strategic benefit of partnering with Russia to facilitate its entry into the Arctic. In the funding void created by US sanctions on Russia-owned gas producer Novatek, China has stepped in to provide financing, and is now, along with France’s Total, a part-owner of Russia’s LNG facility in the Yamal Peninsula. China will also help to fund the planned second Yamal LNG plant. As part of their retaliatory tariffs against the US, China chose to institute a 10% tariff on US liquid natural gas, effectively pricing the US out of their energy market in favor of Qatar, Australia, and Russia.

As foreign direct investment from China grows in scale and influence around the globe, it is being more heavily scrutinized. China has quickly and decisively seized opportunities. When Iceland faced pressure from the 2008 financial crisis, China leveraged this to ink its first free trade agreement with a European country. China has been willing to invest in foreign nations’ infrastructure projects even when they are not commercially viable, for example, the fate of the Hambantota Port in Sri Lanka has caused much unease. This has brought the concept of “debt trap” diplomacy into the international dialogue. Even Russia, having agreed upon an Ice Silk Road with China, remains wary of the mounting investment funds, and is seeking to counter-balance Chinese influence by building upon a strategic partnership with India.

The US has started taking measures to provide alternative financing for countries who are hesitant to accept Chinese investment. This recently manifested in the bi-partisan passage of the BUILD Act, which expands the US government’s ability to fund overseas development projects. Development banks also play an important role in providing international funds, with an emerging option for an Arctic Development Bank.

China has significantly increased its strategic research and development in the Arctic with dozens of scientists in Svalbard, Norway, as well as over 200 scientists dedicated to the mission of the Polar Research Institute of China (PRIC). The number of China’s ice breaking research vessel transits continues to increase annually. China has engaged in dialogue with Japan and South Korea on a changing Arctic for several years. It has also invested in scientists and technology within its oceanographic research enterprise to better understand the undersea domain.

Some have recently started characterizing the ambiguous nature of scientific exploration and infrastructure investments as “gray zone” challenges in this new era of great power competition. U.S. Special Operations Command defines the gray zone as being characterized by “competitive interaction among and within state and non-state actors that fall between the traditional war and peace duality. They are characterized by ambiguity about the nature of the conflict, opacity of the parties involved, or uncertainty about the relevant policy and legal frameworks.” This inherent ambiguity makes it challenging, especially for developing states, to seek economic development opportunities and the scientific wherewithal to understand climate risk in a way that does not compromise their sovereignty.

In sum, China has been clear that it intends to pursue an Arctic presence for economic, scientific, and strategic interest. Climate change is a catalyst not only for melting Arctic ice, but for China’s entry into Arctic geopolitics.

It is imperative for the US to step up its leadership role in the changing climate geopolitics of the Arctic during this unique window of opportunity. A failure to do so will have long term detrimental impacts on US strategic interests in the region.

Arctic
printTweet
You might also like
Back to Top
CHINA US Focus 2022 China-United States Exchange Foundation. All rights reserved.