Every year in China about this time, the ground starts to shake. Don’t be too alarmed; I’m not talking about an earthquake. I’m talking about China’s most important holiday, “Chinese New Year,” otherwise known as “Chunyun” or “Spring Festival.” Since living in China and experiencing the Spring Festival first hand, I’ve come to prefer another, more descriptive term for this holiday season: the world’s largest annual human migration. 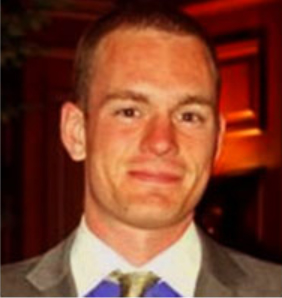 In China, it is estimated that for this year’s Spring Festival, there will be over 3.6 billion “journeys” by Chinese people trying to make it home by plane, train, bus, or anything in between. For comparison, in the U.S. a mere 93.3 million people travelled domestically during the 2012 holiday season.

Unlike in the West where the year-end holiday season marks a mild slowdown in business and about 10 days off of work, the Chinese Spring Festival puts that to shame. Those 3.6 billion journeys will happen over a period of 40 days, this year lasting from January 16th to February 24th. For foreigners that are accustomed to doing business in China, this can be one of the most frustrating and confusing times of the year. If one is used to returning to their home country for the traditional Western holiday season, it is often just as practical to stay put and “wait out” the Spring Festival time.

Even though the New Year’s holidays do not officially begin until January 31st, there is a strong feeling of lethargy that begins in mid-January, creeping up gradually to the official holiday in which all business stops. While it is advisable to avoid trying to do business in China during this time, it is an amazing, albeit hectic, time to witness the complicated mix of wonderment and chaos that is modern China. The reason that the roads and trains are so crowded with people is that millions upon millions of people across China’s biggest cities are considered waidiren, or “out-of-towners.” According to the China Labour Bulletin, around 260 million Chinese farmers have moved from their hometowns for work in the cities.

These millions of people flock to metropolises like Beijing, Shanghai, or Shenzhen to find higher paying jobs than they could get at home. They spend most of their days in the city working long hours for salaries that net less than $500 a month on average. Half or more of that salary will be sent back to their families in their hometown. For most, the Spring Festival time is a nice respite from a long year of work, and a time to be reunited with family.

Needless to say, this holiday exacerbates China’s ongoing transportation nightmares. China has invested billions of dollars over the last decade into building the world’s largest network of fast-speed trains, collectively crisscrossing China’s terrain with over 12,000km (roughly 7,450 miles) of High-Speed Rail (HSR). It has been an impressive achievement, and yet, according to Want China Times, the rail lines can only accommodate 220 million people, a mere 10% of Spring Festival travelers. China’s massive population continues to force the country to keep moving and continue building to accommodate higher demands for people to more conveniently transport between the big cities and the rest of China. It is for this reason that China is aiming to have 19,000 kilometers of operational HSR by 2015, averaging construction of 10,000 km of new rails lines annually over the next few years.

For those of us living here, all we can really do is witness and experience the migration of millions of people at a time. Now, more than ever, it will need to innovate at a higher pace to keep up with a changing population with new concerns and higher expectations.

Still, as we consider the meaning of Spring Festival for Chinese people, it ultimately is a time for family and tradition. The billions of journeys happening across China are not just about the hectic travel but also about the warm embrace of loved ones that have come from afar. It is Chinese tradition over the Chunyun holiday season to blast off fireworks on New Year’s Eve, and continue to do so every day until the seasons officially ends 15 days later. One of my fondest memories from living in China was experienced while at a friend’s hometown village in Northeast Liaoning province. Though the air outside was a chilly 35 degrees below zero, our hearts were warm as the tiny village lit up with fireworks that were being shot up dozens at a time into the cold night air.

Huge gatherings of Chinese extended families come together at this time; it is not uncommon to have 30 or more relatives staying under the same roof for the holiday season. It is an amazingly warm experience filled with love and tradition that only comes around once a year.

The Spring Festival is an essential piece of Chinese culture that must be understood and respected to really be an effective observer or businessperson in this complicated country. So if you haven’t already, go wish all your Chinese colleagues and friends a happy and bless Year of the Horse!

Dan Redford is the Director of China Operations for FirstPathway Partners, and industry leading EB5 immigration fund manager. He also serves as the President of the Michigan State University Beijing Alumni Club. You can follow him and his perspectives from China athttp://www.danredford.com.

Chinese Culture Nuclear Weapons
printTweet
You might also like
Back to Top
CHINA US Focus 2018 China-United States Exchange Foundation. All rights reserved. Disclaimer