China at the Summit

Washington’s massive Africa summit this week is in large part directed at countering China’s massive influence on the continent. Africans and American officials know that China’s trade with Africa is more than double that of the U.S., annually; that China is more reliant than the U.S. on Africa’s petroleum and precious metals; that China’s aid to Africa (however measured), equals that of the U.S.; that China is constructing many more rails, roads, and dams than Americans and Europeans; and that China’s diplomatic presence exceeds that of the United States in Africa. In other words, China has surpassed the U.S. in African activity and few African leaders are unaware of China’s relevance to their national futures. 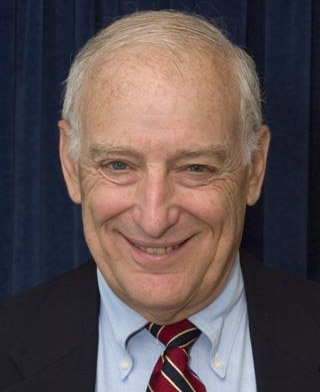 Together China and the U.S. are separately trying to mediate between the government of South Sudan and rebels supporting former Vice President Riek Machar. Both powers want peace to break out in that troubled country. And China certainly wants oil to continue flowing northward from South Sudan to the Red Sea and onward to Beijing.

The Washington summit contains all of these elements, but it is also about improving U.S. trade and investment prospects in Africa (Obama’s administration announced new initiatives totaling nearly $1 billion) in direct competition with China. Although both President Obama and Secretary of State John Kerry have publicly backed the rise in overall, even non-American, investment in Africa, the Summit was clearly called to counter China’s appeal, and to indicate that Washington is not going to forfeit Africa to China.

Washington is using such a grand gathering of Africa’s leaders to showcase the rise of fifty-four nations, especially the forty-nine sub-Saharan African ones, from deep poverty to astonishing GDP growth. As Secretary Kerry remarked on Monday, ten of the fifteen fastest growing global polities are African, with commodities and sometimes services propelling rapid economic expansion in places as disparate and different as Rwanda and Botswana. Sub-Saharan Africa overall is growing this year at about 6 percent, with some petroleum-rich countries rising at double-digit rates.

The United States wants to improve the investment climate for Americans in Africa, and is not-so-subtly using the summit to lobby congress to re-authorize the African Growth and Opportunity Act (AGOA), which expires next year.  AGOA permits the tariff-free entry of goods from Africa into the US, with no reciprocity required. So far, petroleum has constituted about three-quarters of all American imports under AGOA, but some countries have exported textiles and other manufactured goods satisfactorily. (AGOA constitutes a mere 2 percent of all US imports.)

The summit also constitutes an attempted answer to China’s dominance of trade with Africa and to China’s almost total control of heavy infrastructural construction efforts in Africa. The U.S. does not even begin to compete with China in this arena. Indeed, in reality, the Summit is a palpably weak reply, for China provides faster services and better economic and political terms for all manner of projects than Europe or America can possibly supply. China is content, moreover, to overlook environmental concerns and usually agrees that if a set of rulers wants a project, local or international protests are of no concern. In other words, China’s response to Africa has always been more immediate, more detailed, and more flexible than Washington’s – disadvantages that the good feelings of the Summit can hardly erase.

Washington, for example, refused to invite to the Summit the rulers of the Central African Republic (because of turmoil there), and Eritrea, the Sudan, and Zimbabwe (because their rulers are unforgivably repressive). But China has regular dealings with all of those heads of state.

As China’s soft power has grown in Africa, so has America’s diminished despite the real affection and concern for Africa expressed by President Obama and chief National Security advisor Susan Rice.  Given the greater urgent strategic importance today to the US of Syria, Iraq, Afghanistan, the Yemen, and the Ukraine, and the policy pivot to Asia, Africa naturally receives less immediate and regular attention from Washington – and that will almost always be the case.

As important as Africa will become as its population numbers surge in this century and its youth bulge dominates consumerism and fills immense cities, and despite the symbolism of the Washington Summit, America’s attention is focused elsewhere. It has too little political space nowadays to help Africa to tackle its profound governance deficit, or even to help remedy rule of law and other weaknesses that are fundamental to Africa’s continued growth and prosperity.

Although African leaders and their entourages will doubtless return home from the Summit with positive memories of Washington’s hospitality and with loads of goods from surrounding malls, the fundamental reality of Chinese and American interests and intentions in Africa and for Africans will not change.

Robert I. Rotberg is Fulbright Research Professor at the Paterson School of International Affairs at Carleton University in Ottawa, Canada.

China-Africa Relations US-Africa Relations
printTweet
You might also like
Back to Top
CHINA US Focus 2018 China-United States Exchange Foundation. All rights reserved. Disclaimer