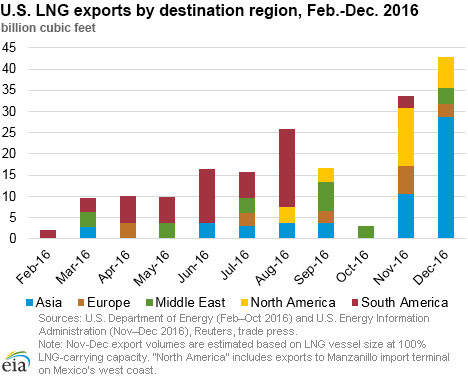 “If one of you needs energy, just give us a call.” US President Donald Trump acted like a salesman at the Three Seas Summit in Poland on July 6. Trump attended the summit together with over 10 European heads of state before going to Hamburg for the G20 Summit. He managed to kill two birds with one stone: exploring new market opportunities for the US energy sector while imposing fresh checks on Russia with the help of the geopolitical bloc.

The Three Seas Initiative, initiated by Poland and Croatia in 2016, is a regional cooperation mechanism that seeks common development for countries situated along the Adriatic, Baltic and Black seas in Central, Eastern and Southern Europe. Members include Austria, Bulgaria, Poland, Croatia, Hungary, the Czech Republic, Lithuania, Estonia and Latvia. The initiative puts the priority on trade, energy and infrastructure cooperation.

Poland played host to the second “Three Seas Summit” this year. The Law and Justice Party, the conservative ruling party, invited Trump to the summit as a special guest, Reuters reported, because the two sides share similar isolationist views, a bearish view of the European Union and rejection of foreign immigrants. The Law and Justice Party initially hoped Trump’s visit would bring more US investment to Poland. The author of the article was coincidently on a visit to Poland during the summit and was impressed by the host’s expectations on the US president’s first visit to the country. However, as Trump is focusing on his domestic economy and is luring more money back to the United States, Poland and other “Three Seas” members’ hope for more US investment might be just wishful thinking. It is the energy sector that turned out to be a practical anchor for the two sides to expand cooperation.

During his visit to Poland, Trump made an all-out effort to sell US natural gas. He highlighted the importance of “open, fair and affordable energy markets” to infrastructure expansion and prosperity and security in Europe. And he stressed the role of LNG pipelines connecting the “Three Seas” countries in helping diversify energy supplies to Europe.

At the Three Seas Summit, Trump attempted to undermine Russian influence in the region both in energy and geopolitics, and to deal blows to Russia-Europe relations that are already marred by the Ukrainian crisis and the natural gas dispute. Trump clearly stated that the United States will never use energy to coerce Europe and cannot allow others to do so. He even made the promise in front of Polish President Duda that an LNG cooperation agreement could be signed within 15 minutes, because the United States is becoming a major energy exporter. President Duda said he is convinced by President Trump and believe that his country will serve as the central terminal for the US LNG entering Europe.

In June this year, the first US tanker carrying LNG reached the Polish port of Świnoujście, opening a new era of energy cooperation between the United States and Poland -- and in fact the entire Three Seas group. The landmark event was also hailed by Trump during his trip. Analysts say that after the expiration of the natural gas contract between Poland and Russia in 2022, it is highly likely that Poland will turn to the United States for more gas. Of course, the preconditions will be that the United States offers competitive price and Russia will not be too much annoyed.

About one-third of the natural gas supply to Europe comes from Russia via countries like Ukraine. Due to geopolitical factors, in particular security concerns about NATO enlargement, Russia reduced or even cut the gas supply to Europe quite a few times because of overdue payment or price disagreements, posing a lethal check on energy, in particular the natural gas supply to Europe. Politics and trade can no longer be separated in the United States and Europe’s strategic wrangling with Russia in the energy sector. Thus realizing diversified supplies of natural gas to Europe and ensuring energy security has become a new consensus of the United States and Europe cooperating against Russia.

Since taking office, Trump has advocated for energy independence. He abolished a series of policies of the Obama administration aimed at curbing traditional energy sources and encouraging clean energy, and he has increased investment in infrastructure for oil, natural gas and shale oil extraction and export market expansion. Europe, which lacks oil and gas, naturally offers markets targeted by the United States.

Trump’s commitment to energy cooperation in his short visit to Poland reflects both his nature as a businessman and his vision as a statesman. He is engaged in a geopolitical rivalry with Russia focusing on energy in the heartland of Europe and near the border of Russia. Russia is already under the dual pressure of sluggish oil and gas prices and US and EU-imposed trade sanctions. If the traditional natural gas market is seized by the United States, it will cause a long-lasting economic impairment to the country, further undermining its domestic and international power and leverage.

The Three Seas countries, like Poland, are situated at the eastern margins of the European Union and at the frontier of  NATO enlargement. They have philosophical as well as material gaps compared with the “old” European countries such as Germany, France and the United Kingdom. They are bordered by a strong yet not very friendly Russia, and bearing the blows from forces against globalization. Therefore, it might be a good choice for them to cooperate with the United States to build up a new political and economic bloc. But the question is, as the United States and Russia are competing in both energy and geopolitics, will the “Three Seas” region, a vast yet fragile grassland, be able to withstand the tramping of two large elephants?

G20 SummitUS-EU RelationsEnergy Security
printTweet
You might also like
Back to Top
CHINA US Focus 2018 China-United States Exchange Foundation. All rights reserved. Disclaimer