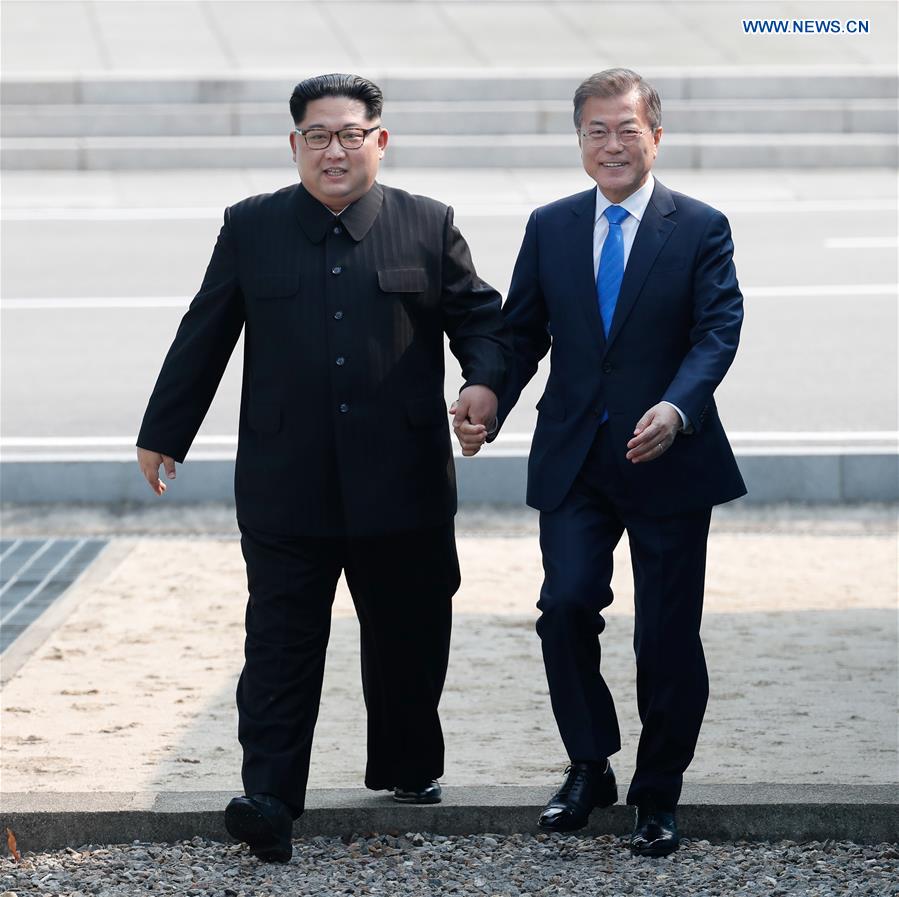 US and North Korea leaders issued a joint declaration on June 12, announcing consensuses on building a new type of relationship, formulating peace mechanisms for the Korean Peninsula, realizing all-round denuclearization, and searching for the remains of prisoners of war and missing persons. The two parties also promised to conduct follow-up consultations to implement such agreements. Undoubtedly the summit holds special significance for easing tensions in Northeast Asia, opening a process of denuclearization, and building peace mechanisms.

Given the history of denuclearization talks over the past two decades, the consensuses have not come easily, and their implementation will prove even more difficult. From the October 1994 US-DPRK framework agreement to the three joint documents issued in 2005 and 2007, all similar agreements have undergone ups and downs and offered roadmaps for resolving the Korea nuclear crisis. Yet none worked in the end, and tensions persisted.

History and the latest summit both provide important lessons for making the agreements work.

First, build mutual confidence, resolve differences through dialogue. The Singapore summit set the general direction for resolving the Korea nuclear crisis, but the two sides can’t avoid differences and reversals in accomplishing that goal. It calls for both political will and wisdom to engage in benign interaction and resolve differences via dialogue, instead of highlighting divergences and taking the process hostage. The joint declaration’s substituting the US side’s persistent idea of “complete, verifiable, irreversible denuclearization” for “all-round denuclearization” was a fine example.

Second, eliminate disruptions, avoid unexpected complications. After the inspiring first step toward denuclearization taken at the Singapore summit, the two should concentrate on the matter and the building of peace mechanisms, rather than associate secondary issues with core concerns. Mingling main and secondary topics will make things thornier. Following the September 19, 2005 Common Declaration, the US side suddenly accused North Korea of money-laundering at the Bank of Macau and imposed financial sanctions against it, the Korea nuclear issue has since been mired in the vicious circle of “sanctions – tests – new sanctions – new tests”.

Third, details matter. The Singapore summit just set the goal for the complicated Korea nuclear issue, which entails sophisticated systems engineering. A lot more needs to be sorted out. For instance, what is the relationship between all-round denuclearization and new bilateral relations and peace mechanisms? Which should come first? Judging from previous experiences, one failed detail may result in the collapse of the entire agreement.

Four, prevent distractions from US partisan politics. There was a thin ray of hope in the second half of the Clinton presidency. There had been exchanges of visits by ranking officials, as well as consultations on the nuclear issue and the opening of representative offices. George W. Bush ended the negotiations after assuming office, North Korea re-activated nuclear activities that had been frozen under the framework agreement, and formally withdrew from nuclear non-proliferation. Bilateral ties worsened under the Obama administration, as Washington put more emphasis on pressuring Pyongyang than engaging with it. The newly initiated denuclearization process will be an incremental, long-term process, and it will be a severe challenge for the US government to deal with the influence of partisan politics.

Fifth, North-South reconciliation is the foundation for resolving the Korean nuclear issue. The Singapore summit would not have been possible without the arduous brokering by ROK President Moon Jae-in, the super “middleman”. Past vicissitudes show that ultimate resolution of the nuclear issue would be out of the question without the two Koreas getting along.

The Korea nuclear issue is the last unresolved puzzle the Cold War left behind. There had been sparks of hope in 1994, 2005, and 2007, but they vanished very soon. The international community hopes the Singapore summit can avoid the fate of past endeavors. For that to happen, the two parties should put in more efforts to implement what has been agreed on, and make sure every step forward is solid.

Trump-Kim MeetingKorean PeninsulaDenuclearizationNorth Korea
printTweet
You might also like
Back to Top
CHINA US Focus 2022 China-United States Exchange Foundation. All rights reserved.