Russia and China Look for More Korean Gains in 2019 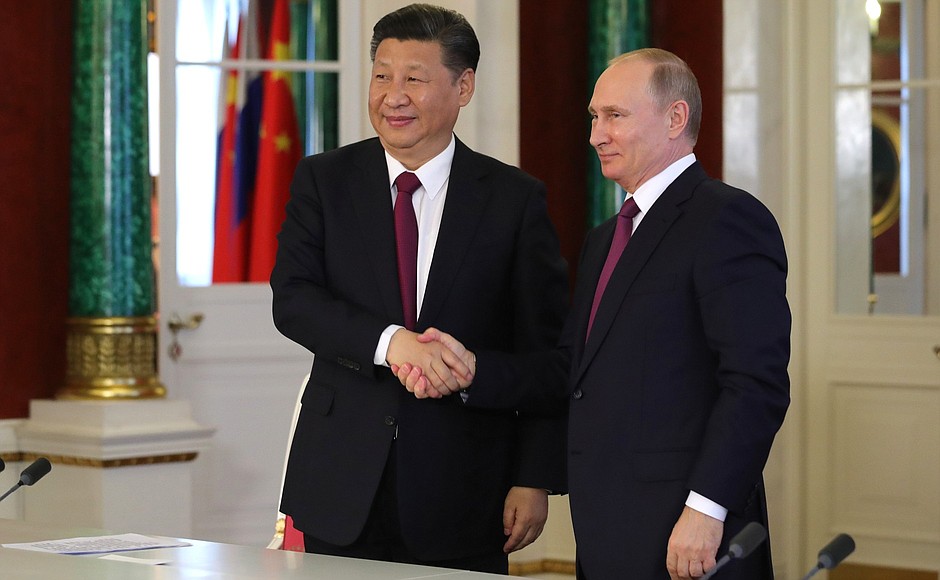 Despite some progress last year, the international community still has a North Korean nuclear problem in 2019. The Democratic People’s Republic of Korea (DPRK), while suspending its nuclear explosions and ballistic missile tests, retains the capacity to resume these detonations and launches without warning. Kim Jong Un’s 2019 New Year’s address even referenced this capacity, and suggested that Pyongyang had alternative partners to Washington if DPRK-U.S. ties remain strained.

Notwithstanding the improvement in North Korea’s ties with Washington as well as the Republic of Korea (ROK) in 2018, China and Russia remain the DPRK’s best foreign friends. Beijing and Moscow strive to avert regional economic crises, large refugee flows, and military conflicts that could threaten the Kim regime. It is true that their diplomats tolerate some U.S. measures against Pyongyang that do not threaten their most vital economic and security interests, but only if they believe these sanctions can spur negotiations, stave off tougher actions, and contribute to a longer-term reconciliation. China and Russia oppose strong actions that could topple the Pyongyang regime or pull them into a regional conflict. They instead seek to coax Pyongyang, through economic assistance and security assurances, into voluntarily abstention from provocations and militarism.

After years of gloom, developments last year have led Beijing and Moscow have to become more optimistic and see opportunities for regional gains. They believe that they have benefited from Korean-related security developments in 2018. In particular, they see the international community as following the three-step script for peace pushed by Beijing and Moscow in recent years. In the first step, the two Korean states and the United States scaled back their regional military activities. In this “double-freeze,” Pyongyang suspended its missile and nuclear tests in return for the halting of major ROK-U.S. military exercises. In the second phase, the North Korean leadership broke out of a year of isolation and engaged in direct high-level talks with key partners, including South Korea, China, Russia, and especially the United States.

Nonetheless, the final phase of the Sino-Russian peace plan, which calls for expansion and integration of the separate bilateral talks into a comprehensive multilateral attempt at building an enduring mechanism for regional peace and security, seems as distant as ever. DPRK-U.S. differences remain acute, especially regarding the sequence and timetable for the removal of sanctions, full DPRK denuclearization, and agreement on a peace treaty. The United States and South Korea still demand that North Korea take concrete, irreversible, and verifiable measures towards eliminating its nuclear arsenal. In contrast, the DPRK government prioritizes attaining an end to sanctions and a “lasting and enduring peace regime” (ideally a peace treaty to replace the current armistice).

Beijing and Moscow are not major economic competitors regarding North Korea, even though  China’s commercial presence in both Korean states is far greater than Russia could ever hope to attain. The PRC has sought to employ its economic primacy to promote economic reform that stabilizes the North Korean regime, reduces long-term aid demands on China, and refocuses North Koreans’ attention towards domestic economic wellbeing rather than international provocations. Beijing also wants access to North Korean markets, labor, and natural resources. Moscow’s ambitions have focused more on promoting transnational projects that would help tie Russia more closely to Asian markets as a conduit for transit corridors between Asia and Europe. Beijing and Moscow have discussed several multilateral economic projects encompassing the two Koreas in which China and Russia would play major mutually supporting “win-win” roles. Indeed, PRC policymakers might welcome Russia sharing more of the burden of propping up the DPRK economy.

Sino-Russian differences regarding Korea do exist. Neither Moscow nor Beijing wants Japan to participate in negotiations over a Korean peace treaty for fear that the abduction issue (the DPRK’s admitted seizure of Japanese nationals decades ago to aid the country’s intelligence programs) could stalemate talks. However, some Chinese fear that Moscow might also spoil  any peace talks to punish Washington for its anti-Russian policies like sanctions. Furthermore, whereas Russia previously ranked as Kim Jong-un’s favorite foreign partner, Chinese influence in Pyongyang has been on the rebound this past year, arguably at Moscow’s expense.

At least in the short run, however, Chinese and Russian policies regarding the Koreas will likely remain generally harmonious. Interviews in both countries suggest that the two governments will probably strive to build on the current détente between Pyongyang and Washington to promote further reductions in U.S. military forces on the Korean Peninsula as well as U.S. and other sanctions that hamper their economic ambitions on the Peninsula. They will also likely try to exploit ROK-U.S. differences over how much to constrain intra-Korean ties pending greater progress on denuclearization. Currently, South Korean leaders believe that, in the long run, improving intra-Korean economic, security, and social ties can substantially contribute to resolving the nuclear issue. President Trump has shown an animus towards intra-Korean projects that reduce pressure on the North to realize its denuclearization pledges.

The initial U.S. reaction to the Chinese-Russian three-phased peace proposal was negative. U.S. officials considered the Sino-Russian roadmap imbalanced since it equates DPRK activities that Russia, China, and other governments had already declared illegal with legitimate ROK-U.S self-defense efforts. However, the Trump Administration has since taken the first two steps along the roadmap. Not only did President Trump meet with Kim in Singapore las year, but he is eagerly looking forward to a second encounter in the coming month. And what was initially described as a temporary ROK-U.S. exercise pause has become a long-term suspension. The issue was a major source of tension between President Trump and former Defense Secretary James Mattis.

Korean PeninsulaNorth Korea
printTweet
You might also like
Back to Top
CHINA US Focus 2022 China-United States Exchange Foundation. All rights reserved.