Why a US-China Trade Deal Is Not Enough 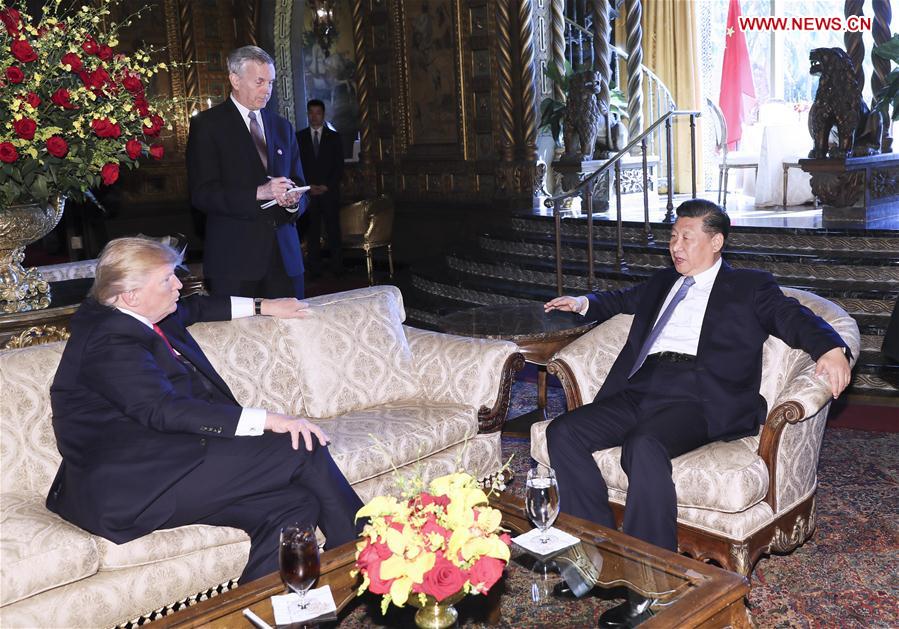 WASHINGTON, DC – As Chinese and American trade negotiators meet in Washington to try to forge an accord on trade, observers are largely focused on the countries’ economic disagreements, such as over China’s subsidies to its state-owned enterprises. But to think that an agreement on trade will protect the world from a Sino-American cold war would be as premature as it would be naïve.

Of course, a trade deal is highly desirable. The collapse of trade talks would trigger a new round of tariff hikes (from 10% to 25%, on $200 billion of Chinese goods exported to the United States), driving down global equity prices and spurring businesses to move more of their activities out of China. Amid tit-for-tat tariffs, bilateral trade would plummet, and the unraveling of the US-China economic relationship would accelerate, creating widespread uncertainty and higher costs.

But even if a comprehensive agreement is reached – either before March 1 or a few months from now – that unraveling will continue, albeit in a more gradual and less costly way. The reason – which many investors and corporate executives have failed to recognize – is that the trade war is not fundamentally about trade at all; rather, it is a manifestation of the escalating strategic competition between the two powers.

True, the US has legitimate complaints about China’s trade practices, including its violations of intellectual-property rights, which, after more than a decade of failed diplomatic engagement, warrant a tougher stance. But if the US and China were not strategic adversaries, it is unlikely that the US would initiate a full-blown trade war that jeopardizes trade worth over a half-trillion dollars and billions in corporate profits. While China may lose more from such a conflict, American losses will hardly be trivial.

The US is prepared to sacrifice its economic relationship with China, because the risks posed by the two powers’ conflicting national interests and ideologies now overwhelm the benefits of cooperation. At a time when China, which has been rapidly gaining on the US in terms of international influence, is pursuing an aggressive foreign policy, America’s emphasis on engagement is no longer tenable.

A growing number of other stakeholders, including China’s nearest neighbors, seem to agree with US President Donald Trump’s move toward confrontation. This shift is epitomized by America’s attacks on the Chinese telecom giant Huawei. Beyond having Canada arrest the company’s CFO, Meng Wanzhou, who now awaits an extradition proceeding, the US has been warning allies not to use Huawei technology for their 5G wireless networks, for security reasons.

A US-China trade deal cannot resolve these issues. Indeed, even if the current trade conflict’s most acute manifestations are resolved, both countries will internalize one of its key lessons: trading with a geopolitical foe is dangerous business.

In the US, there is a growing consensus that China constitutes the most serious long-term security threat the country faces. Trade agreement or not, this is likely to lead to more policies focused on achieving a comprehensive economic decoupling. Severing an economic relationship built over four decades may be costly, the logic goes, but continuing to strengthen your primary geopolitical adversary through trade and technology transfers is suicidal.

Likewise, for China, the trade war has exposed the strategic vulnerability created by overdependence on US markets and technologies. Chinese President Xi Jinping will not make the same mistake again, nor will any other Chinese leader. In the coming years, China, taking advantage of any lull in the trade war, will also work to reduce drastically its economic dependence on the US.

But, however compelling the strategic rationale may be for China and the US, the economic decoupling of the world’s two largest economies – which together account for 40% of global GDP – would be disastrous. It will not only fracture the global trading system, but also eliminate any constraints on the Sino-American geopolitical rivalry, raising the risk of potentially devastating escalation.

The only way this outcome can be avoided is if China steps up credibly to assuage America’s security concerns. This means that rather than focusing on, say, purchasing more American soybeans, China should be dismantling the military facilities it has built on its artificial islands in the South China Sea. Only such a bold move can arrest – if not reverse – the rapid descent into a Sino-American cold war.

U.S.-China RivalryChina Threat
printTweet
You might also like
Back to Top
CHINA US Focus 2021 China-United States Exchange Foundation. All rights reserved.