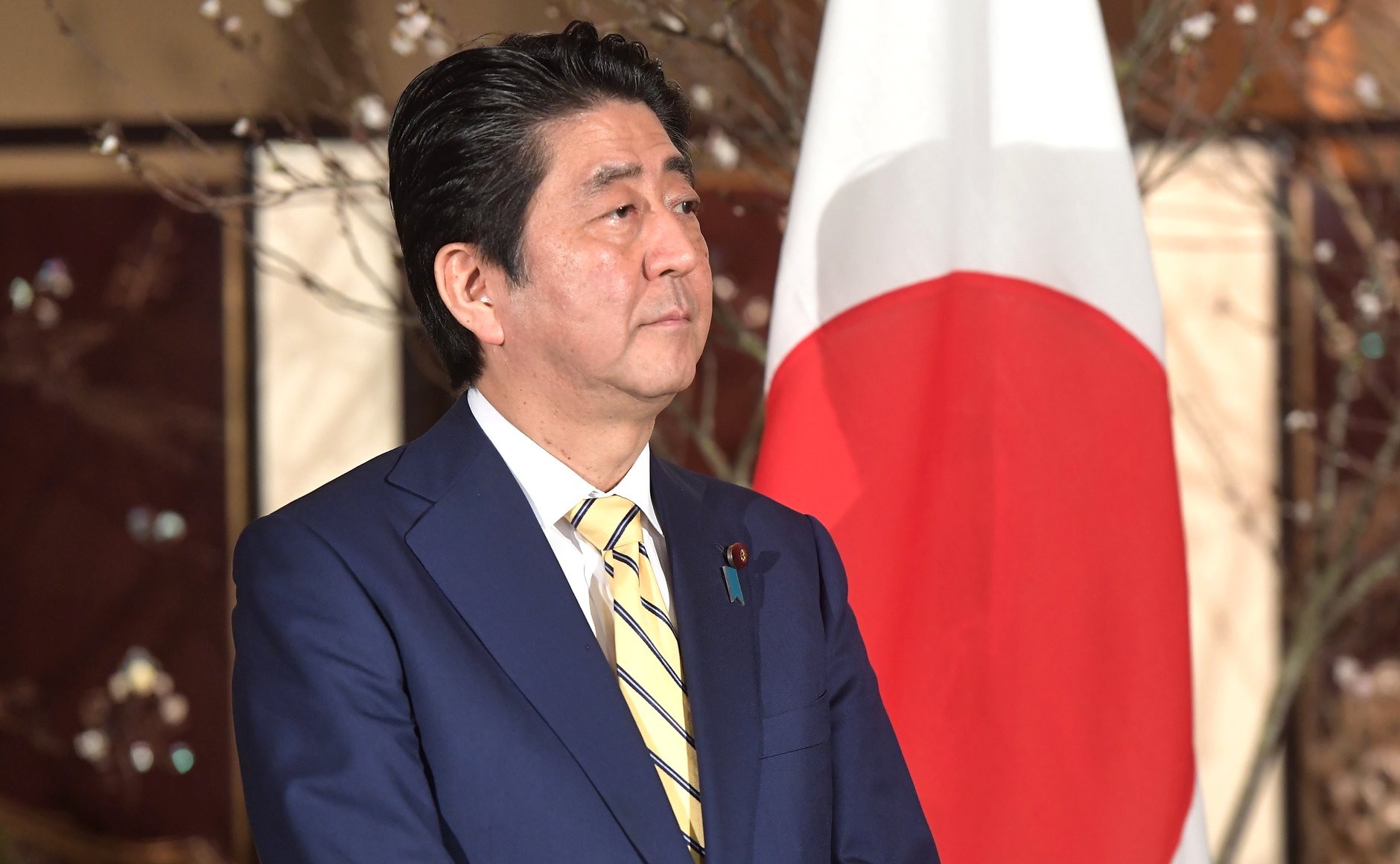 Abe Shinzo, Japan’s prime minister, has now held his sixth meeting with Donald Trump. Though Abe seems to have found a soulmate in Trump, they do not see eye-to-eye on some matters, with important implications for East Asia as a whole. The Trump administration supports Abe’s idea of a “normal” Japan that will take on increasing military responsibilities, particularly in containing North Korea and (without saying so) China. On trade, however, Trump is continuing to complain about the U.S. trade deficit with Japan and the U.S. remains outside the Trans-Pacific Partnership, which Abe ardently supports.

The Liberal Democratic Party (LDP) in Japan, dominant for nearly all of its over 60 years of existence, has always stood for constitutional revision that would allow for “normal” military activity, specifically including the right of collective—as opposed to individual—self-defense.  Until now, LDP-led governments have skirted the constraints imposed by Article 9 of the constitution by interpreting it in ways that expand the meaning of “self-defense” but stop short of sending soldiers into combat abroad. These steps include behind-the-lines troop support (as in Iraq), weapons sales, joint military exercises with the U.S., and the acquisition of missiles with offensive as well as defensive capabilities. Funding for the Japanese military is a record $45.7 billion, focused mainly on defending against North Korean missiles but secondarily on deterring China in the South and East China Seas. Last year’s Japanese defense white paper, as well as its current military budget, made those priorities clear, referring to China’s “attempts to alter the status quo by force.” Beijing responded with upset about certain weapons in the budget, and dismissed notions of a “China threat.”

Months ago, Abe, who has been in office since December 2012, believed he had the votes to make collective self-defense the new normal. But he would have had to win a two-thirds vote in both houses of the Diet and a majority of the electorate in a referendum, as required by Japan’s constitution. He may have had the votes in parliament, though he faced opposition within his own party as well as in the ranks of his coalition partner, Komeito. And whether or not constitutional revision will ever have popular approval in a country where pacifism still commands a majority remains in question.

Abe began his move to redefine Japan’s security posture in 2014 when the LDP reinterpreted Article 9. He circumvented the constitution by relying on hawkish political appointees to recommend revised language that, in the view of liberal critics, “reflect[s] a result-oriented analysis that is driven by national security imperatives rather than constitutional law principles.” Adam Liff writes that Abe’s goal was to avoid “‘abstract’ debates about ‘constitutionality’ insulated from changes to Japan’s strategic environment over the past 70 years. The effort is consistent with measures adopted in other areas to make Japan—in the words of some leaders, including Abe—a more ‘normal’ major democratic power.”

In fact, nothing in Article 9 denies Japan the right of self-defense or maintenance of military defense forces. Moreover, “the Abe administration’s reinterpretation of the Constitution in 2014 and its security legislation enacted the following year allow Japan to exercise the right to collective self-defense in only a limited manner—when the nation’s own survival is threatened by an enemy attack on its ally” (Japan Times editorial, June 25, 2017). But Abe wants to rename the Japan Self-Defense Force (JSDF), making it a regular military establishment, a step that might seem innocent enough until one considers the implications of the change for the military’s mission in wartime. Peace activists in Japan worry that Abe has in mind a good deal more than reacting to an attack on Japan or U.S. military bases in or near Japan.

One reason for Trump’s support of constitutional revision in Japan, besides increasing Japan’s burden-sharing with the U.S., might be the benefits it would bring to the U.S. military-industrial complex. Trump has pressed Abe to buy more U.S. weapons, which Abe is doing. The current Japanese military budget shows a 15% increase in purchases of U.S. weapons. Trump even backed the idea of Japan acquiring nuclear weapons during his presidential campaign, though not since. Trump sees no problem with Japan becoming a full partner in a balance of power directed at China—a foolish approach to regional security, since it feeds those in China’s national security circles who deride the idea of finding consensus with the U.S. on major international issues.

There is nothing “normal” about the shift of a country from a pacifist to a warrior nation. Certainly, China and South Korea, as the most prominent victims of Japanese aggression, will have much to say about it. Moreover, confusing military normalcy with national greatness is precisely what gets nations in trouble—a serious case of identity crisis. Japan hardly needs a bigger, better armed and budgeted military to be “great again.” Besides, the JSDF’s advanced weapons make it a technologically sophisticated military, the alliance with the U.S. is solid, and relations with China are improving. Foreign Minister Wang Yi, who is also a vice premier and former ambassador to Japan, visited Tokyo on April 16, and Premier Li Keqiang will visit in May. Wang hinted that if relations can be put “back on a normal track,” a summit meeting of leaders can resume. Wang also reportedly asked Japanese officials for help in generating a positive attitude toward the Belt and Road Initiative.

Abe’s path to “normal Japan” is rather rocky now. Like Trump, Abe faces domestic scandals that threaten his continued rule despite strong economic growth. Abe and his cabinet’s popularity ratings are even lower than Trump’s—about 37 percent, according to one major poll. Abe’s problems have to do with shady deals executed for the benefit of friends, plus logs of JSDF missions that were suddenly discovered after being declared lost, that may reveal unconstitutional involvement in combat.

Abe also finds himself diplomatically isolated by Trump’s decision to hold a summit meeting with Kim Jong-un. Apparently, Trump forgot to give Abe a heads-up that he was, at least temporarily, abandoning their common hard line on North Korea. Abe would be deeply disturbed if a U.S. deal with Pyongyang were to establish official relations but not remove the mid-range missiles that Japan considers a direct threat. The Japanese have often feared U.S. abandonment in the past; they would probably fear abandonment again if Trump accepted anything less than North Korea’s complete denuclearization and the elimination of its missile threat.

Trade issues also dog the U.S.-Japan relationship. Abe prefers having the U.S. rejoin the Trans-Pacific Partnership (TPP), which Trump withdrew from soon after taking office, leaving Abe hanging. Though Trump had said he was considering returning to the TPP, he is demanding major changes in the TPP that the group is unlikely to approve. His new chief economic adviser, Larry Kudlow, played down possible efforts to reenter the TPP, and said the U.S. is instead seeking a “trade coalition of the willing . . . aimed at China.” That message puts Abe on the spot: with Japan-China relations warming, Tokyo probably does not want to be “aiming” anything at Beijing.

In all, Abe Shinzo’s reign may not be the longest of any Japanese prime minister. But if he steps down, constitutional revision may be put off indefinitely, Japan’s military buildup may slow down, and policy on North Korea and China may undergo rethinking. And that’s good news for peace in East Asia.

Japan’s Constitutional RevisionChina-Japan Relations
printTweet
You might also like
Back to Top
CHINA US Focus 2018 China-United States Exchange Foundation. All rights reserved. Disclaimer