The Increasing Visibility of Inequality in Urban China 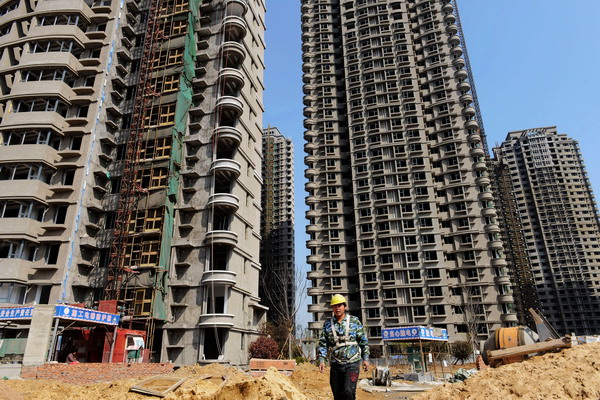 A new survey found that the residential vacancy rate in Chinese cities is higher than that in major US cities.[Photo/China Daily]

A fire on a November night in 2017 in Beijing’s Daxin district has sparked intense discussions within and beyond China’s civic, media, and academic arenas. According to Xinhua, 19 were killed in the fire and in the aftermath a deputy district government leader and two other officials were suspended from their posts. State investigations linked the fire to illegal housing and lax safety enforcement. Within days, a citywide cleanup campaign was undertaken targeting illegal rental housing, resulting in the displacement of thousands of renters, mostly migrants.

Yet, this was not the first significant fire to take place in similar conditions in the district: In April 2011, several kilometers closer to the center of the city, a fire in a migrant enclave injured 24 people and killed 18 more. No massive eviction was reported then, but news reports already connected the 2011 incident to “[a] collectively living floating population, illegal constructions, and unlicensed clothing sweatshops,” as well as a “lack of fire service” in a village overrun with migrants, paying for the price of the so-called “low-end industrial chains.” Later, official reports from the Ministry of Public Security placed the blame on the sweatshop owners for making illegal modifications to buildings and on the shoulders of local government officials for allowing the modifications to take place and, more broadly, for irresponsible management including failing to plan, provide, and maintain public facilities.

To scholars who have studied the urban transformation in China over the last several decades, such incidents ought to be understood in a longer timeframe and within the broader context of China’s uneven cityscape. Neither the fire nor the evictions are new. It is self-evident that Chinese cities have developed rapidly and that this pace would not have been possible without relocating/displacing large numbers of both urban natives and migrants. Over the past few decades, millions of people have been mobilized to leave their original communities for the express purpose of making way for the new structures and amenities necessary for a modern city life. In fact, it is quite interesting that inequality and displacement on such a massive scale have garnered little public attention in the past, which is partly due to the government’s censorship and tight social control.

However, this time the tragedy stirred up some rare disobedience and rage from a usually docile society. In particular, “low-end population,” a derogatory term allegedly used by official documents to reference migrant laborers, has become a catch phrase to highlight de-facto institutional discrimination (the state and local government have denied the reference and claimed that the term has been taken out of its original context). One consequence of the incident is, to quote Quartz, that it reminds us “that social inequality is festering in China’s biggest cities, home to millions of both rich and poorer people.” And, the inequality that has long been hidden in the underground or vaguely in the background of China’s mega-cityscape has been forced into the forefront of the picture of China’s urban development trajectory.

The increasing visibility of inequality cannot be understood without noting several persistent institutional aspects of Chinese society on multiple scales. China’s urbanization has been accompanied by widening income inequalities. On the regional level, gaps between China’s eastern, central, and western regions persist despite narrowing gaps between provinces on a national scale. Migration continues to be a crucial element of urbanization and a critical contributor to economic development in the coastal areas. Meanwhile, with the persistence of a big rural–urban economic gap (with an income ratio of around 1:3), young, healthy, and educated rural populations continue to make their way to China’s cities. And studies have long shown some of the rural migrants are not “floaters” anymore, but this settlement intention is not correspondent with stable abodes. Within China’s largest cities, rural migrants keep facing insurmountable obstacles, particularly in regard to the hukou family registration system, which ties a person’s access to services to his/her residential, i.e., local or nonlocal, status in the city. For example, large Chinese cities have only recently begun providing nonlocal applicants with welfare housing (gongzufang, or public rentals), usually on the condition of a couple of years’ continuous residence and social security payments, thereby assisting only migrants with a stable income and only a small proportion of those. Despite some laudable incremental reforms, most migrant laborers still have to depend on cheap housing options such as (illegal) rentals provided by villages on the rural-urban fringe. Depriving migrants and their families of rights and welfare benefits over a short duration not only has a negative effect on their well-being and their families but also has become a contributing factor to China’s overall income inequality, as shown in the study I co-authored on urbanization’s lagged aggravating impact on income inequality. Spatially, such long-term institutional neglect can trap rural migrants in segregated spaces and chronic marginalization.

However, migrants often bear a double burden. A simplified logic embedded in government actions is that unchecked urban growth causes so-called “urban diseases,” such as traffic congestion, resource shortages, and poverty and slums. Although many Chinese local governments have embarked on a transition from a pro-growth to a pro-sustainability strategy, many still mistakenly place the blame for environmental woes, or disasters as seen in the 2017 case referenced herein, on the growing urban population (i.e., the “low-end” population), even though a migrant usually consumes much less resources than a registered urban resident. What tends to be ignored, however, is that the lack of political will in China’s largest cities to incorporate migrants into urban life as evidenced in the very minimal hukou reform, rapidly expanding urban development taking over rural land, and increasing consumption among the existing urban residents are probably more culpable in generating persistent “growing pains” than any effect wrought by newcomers.

For China’s next urbanization phase, the social dimension should be prioritized. However, neither newcomers to the city nor the non-hukou working underclass should be alone in bearing the costs of this urbanization trajectory.

China’s Social ReformChina Development
printTweet
You might also like
Back to Top
CHINA US Focus 2022 China-United States Exchange Foundation. All rights reserved.