China's Electric Vehicle Plan Is a Bid to Lead the World 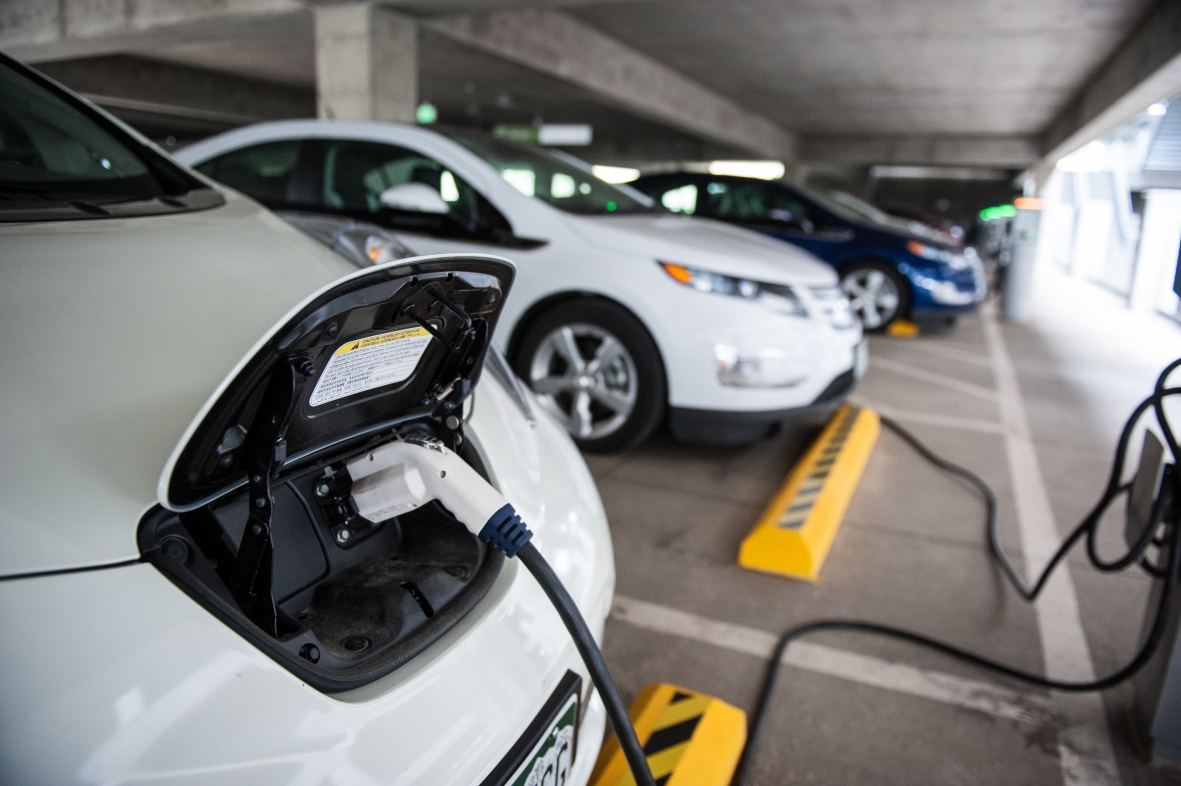 China seized global attention in September with the announcement that it had begun earnestly planning a ban on traditional gas-fueled vehicles. So far, no date has been set for the final cutoff, and important strategic details remain murky. But the decisiveness and finality of the announcement has animated both environmentalists who see this as a crucial step toward lowering global emissions, as well as investors and auto manufacturers who sense a unique business opportunity.

Such a ban wouldn’t be the first of its kind. India, Britain and a number of other European countries have all proposed tentatively ending sales of gas and diesel-powered vehicles by 2030 or thereafter. What sets China apart is the size of its auto market -- the world’s largest. Today, China accounts for roughly 30 per cent of global car sales, and car ownership in China is on the rise. So any change in the makeup of China’s auto regulations will naturally have global effects.

Yet for all the fanfare from environmentalists and entrepreneurs, both in China and abroad, there is good reason to be skeptical about China’s electric vehicle (EV) goals. Looking at Beijing’s regulatory practices and ambitious sales targets, it appears that leaders are predominately interested in cornering the EV market, which Chinese automakers have so far struggled to truly dominate.

This summer, China’s Ministry of Industry and Information Technology set a goal to have 7 million Chinese-made EVs sold by 2025. With sales at that scale, it also hoped to have several Chinese vehicle companies in the global top 10 by that time.

To even approach this mark, Beijing has moved aggressively both to jumpstart its domestic automakers as well as undercut their foreign competitors. It has dramatically subsidized EV makers and consumers, poured money into research and development of battery technology, slapped tariffs on foreign imports and forced most foreign carmakers to produce cars in China through joint ventures. So far, only Tesla has been allowed to skirt this joint venture rule and produce in a free-trade zone, maintaining its intellectual property.

Through this set of policies China has become an influential manufacturer of EVs. In 2016, it produced some 43 per cent of EVs worldwide, and appears poised to continue.

Yet beyond this banner success so far, very real questions remain about the industry’s future in China. As much as Beijing has worked to give domestic carmakers every advantage, results haven’t always met expectations.

A number of carmakers, taking advantage of generous government subsidies, have failed to create an effective product. From these “subsidy cheaters” the government has already been forced to take back around $333 million in funding. At the same time, it is sharply cutting back on future subsidies. Already this year, China cut subsidies by 20 per cent, and has said it will phase them out entirely in favor of nonmonetary incentives by 2020, likely impacting demand.

Part of China’s strategy appears to be to weed out smaller, underperforming companies in favor of a few powerful “champions” that can compete internationally. As with other high-tech products like solar panels or wind turbines, China has gained some notoriety for luring foreign companies into joint ventures by offering access to its giant market. Ultimately, though, skeptics argue the true intent of this practice is usually to turn around and create powerful Chinese companies that can hold their own against their foreign counterparts.

If Beijing’s policies to prop up Chinese EV makers prove successful, its companies would also have to succeed in an international climate where most major automakers are struggling to meet their EV sales targets. Even as the number of EVs on the road has increased meteorically in recent years, EVs account for only around 1 per cent of sales in China and countries like France and Sweden, and many grand predictions about an EV revolution haven’t panned out.

Moreover, it remains extremely unclear how quickly global demand for EVs will grow moving forward. At the beginning of his presidency, Obama set aside billions of dollars in subsidies for EV consumers and carmakers with the goal of getting one million EVs on the road by 2015. Yet by that year, only around 400,000 had been sold, and projections from the U.S. Energy Information Administration this year suggest that the U.S. may not reach that milestone until closer to 2025.

On the other hand, China’s population gives Beijing enormous incentives to follow through with its plans to get traditional internal combustion vehicles off the market. As more and more members of China’s growing middle class have the resources to own vehicles for personal transportation, choking pollution and overwhelming traffic are becoming legitimate threats to the quality of life in Chinese cities. So for Chinese policymakers there is also real pressure to find a way to bring affordable EV options to urban residents. And with the CCP’s ability to intervene in the market and help Chinese automakers develop, it also has significant power to do so.

Even so, placing a ban on all non-electric vehicles this century in the world’s largest car market is an extremely ambitious objective, and the way China has taken on this challenge fits a familiar pattern. While there are certainly very pressing environmental reasons (both in China and globally) to make the switch over to EVs, Beijing has approached this problem from a very pro-business angle that other major countries such as India have not. In trading foreign companies access to its market for technology transfers, China has effectively maneuvered to benefit its own businesses while pursuing solutions to larger problems.

So far, Chinese EVs are famously cheap, short-range cars that serve practical needs and are being kept artificially affordable through subsidies. But by every indication, Beijing’s policies are specifically designed to create brands that can compete with Tesla, Nissan or Chevrolet in the future, and be marketable in countries like Norway or the United States. Whether these efforts will pay off or how soon remains unclear. But in setting ambitious targets and trying to drum up demand for Chinese EVs at home, Beijing is very clearly betting that in the future, it not only won’t be importing foreign EVs, but will in fact be supplying them to the world.

CarElectric VehicleCarbon Reduction
printTweet
You might also like
Back to Top
CHINA US Focus 2022 China-United States Exchange Foundation. All rights reserved.