Southeast Asia, the Redback, and Reality

Given its economic and geographic proximity to China, should Southeast Asia be preparing itself for the replacement of the greenback (U.S. dollar) by the redback (Chinese renmnbi)? Some Southeast Asian countries already appear to be doing so. In late 2015, Indonesia announced in 2016 that it would start using the RMB in its trade with China. Meanwhile, Singapore, Thailand, and Malaysia have been augmenting their RMB payment capabilities, including the establishment of RMB clearing centers. 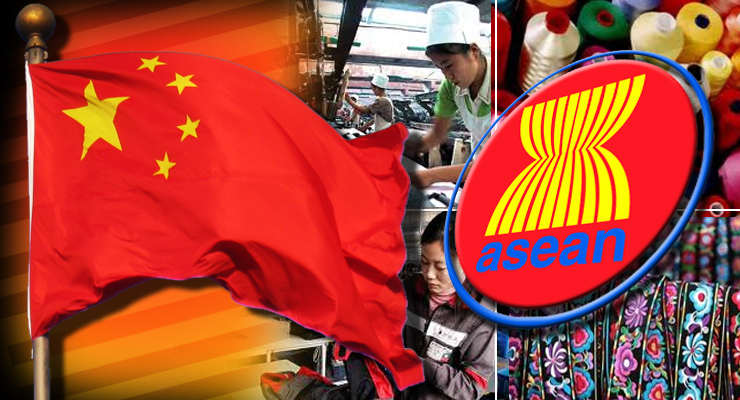 These initiatives by Southeast Asian countries are understandable. After all, their giant neighbor China is not only the world’s largest exporter, second largest economy, and third largest creditor, it also has established 20 offshore renminbi (RMB) hubs, negotiated 35 bilateral swap agreements, supported a fivefold increase in the RMB share of global trade since 2011, and positioned the RMB to be among the world’s five most important trade currencies. In recognition of these advances, the IMF declared the RMB a “freely usable currency” on October 1, 2016 and now includes it as one of a few select currencies in its Special Drawing Rights (SDRs), giving the RMB the third highest weight after the U.S. dollar and the Euro.

At this stage, however, it would be premature for Southeast Asian governments to do much more than they have already done. In particular, it would make little sense, for Southeast Asian governments to accumulate significant RMB holdings as part of their foreign exchange reserves. It may be prudent to wait until the RMB becomes a more established global reserve currency on par with the U.S. dollar or the Euro. This is emphatically not the case today. Foreign exchange reserves held worldwide are dominated by the U.S. dollar (63.6%) and the Euro (20.4%), followed by the British pound (4.8%), Japanese yen (4.1%), Canadian dollar (2%), Australian dollar (1.9%), and Swiss franc (0.3%). China’s RMB share is so small, it isn’t even recorded in the IMF’s Currency Composition of Foreign Exchange Reserves (it will, however, be identified separately starting from end-March 2017.)

The reluctance to hold and deal in RMB-denominated assets arises primarily from concerns about the RMB’s liquidity and exchange rate volatility. Not only does the lack of depth in the RMB market accentuate exchange rate volatility, an absence of RMB-denominated derivatives, cross-currency swaps, futures, and options makes it difficult to hedge against exchange rate fluctuations. Indeed, in recent months, the RMB’s exchange rate has been relatively unstable as a result of shocks that have emanated from within China, for example, when the government announced reforms to the exchange rate regime (August 11, 2015), when the Chinese stock market fell by more than 8 percent (August 24, 2015), and when the Chinese stock market once again experienced excessive volatility (January 4, 2016).

A further disincentive for foreigners to hold RMB-denominated assets is the lack of access to China’s domestic financial system. Even though China’s domestic bond market is the third largest in the world after the U.S. and Japan, policy restrictions dissuade foreign ownership. Similarly, traders and investors are unlikely to hold RMB-denominated assets unless they can apply their resulting balances to a broad range of financial transactions and instruments. The pace of RMB internationalization will, therefore, be dictated in part by the pace of further reforms and liberalization of China’s domestic financial system as well as the pace of increasing access to foreign traders and investors.

If anything, the obstacles to the RMB’s internationalization appear to be growing, not shrinking. Reflecting this, China’s own RMB-denominated trade has declined from 26% to 16% in the past year while RMB deposits in Hong Kong — China’s leading offshore RMB hub — are down 30 per cent from their 2014 peak. One reason the pace of RMB internationalization has slowed is because the Chinese authorities tightened capital controls to counter the RMB’s rapid depreciation in 2016 following a surge in capital outflows. In a choice between stability and capital account liberalization, the Chinese authorities have clearly opted for the former.

The near-term outlook for the RMB’s internationalization also doesn’t look particularly encouraging. Internally, the Chinese authorities face the daunting task of deleveraging and reforming the state enterprise sector even as China’s growth rate slows and the economy shifts from external to domestic sources of growth – complex transitions which, if mishandled, could lead to growth disruptions and heightened financial volatility. Externally, China will now face a more protectionist and confrontational United States under a Trump administration that is likely to add considerable uncertainty to trade and financial flows with unpredictable consequences for the RMB.

These realities suggest that this may not be the best time for Southeast Asian economies to increase their RMB exposure. Southeast Asia is one of the world’s most open trading regions and is already heavily exposed to China’s slowing economy through trade. The region’s financial links to China are less well developed, however, and its direct exposure through financial channels is limited. It may be best to keep it this way for the foreseeable future. Some Southeast economies (Singapore, Indonesia, Malaysia) do get buffeted by Chinese financial volatility when such shocks are transmitted through the global capital markets. Efforts are underway to manage this volatility and keep it within reasonable bounds. Increasing RMB exposure would only undermine these efforts.

As China continues to grow, reform, invest abroad, and integrate with the global financial system, it is almost inevitable that one day the RMB will rival the U.S. dollar and the Euro as a global reserve currency. But that day is still far away – and in the meantime the transition to that new normal will just as inevitably be subject to shocks and heightened volatility. For Southeast Asia – a region already prone to its fair share of economic shocks – governments would be wise to adopt a risk-averse strategy and preclude increasing their RMB exposure until the Chinese economy achieves a more sustainable growth rate and until the RMB is not only more stable but also supported by an open capital account and a more globally integrated financial system.

Rise of ChinaRMBChina’s EconomySoutheast AsiaChina-ASEAN Relations
printTweet
You might also like
Back to Top
CHINA US Focus 2018 China-United States Exchange Foundation. All rights reserved. Disclaimer