The Retreat of the Renminbi 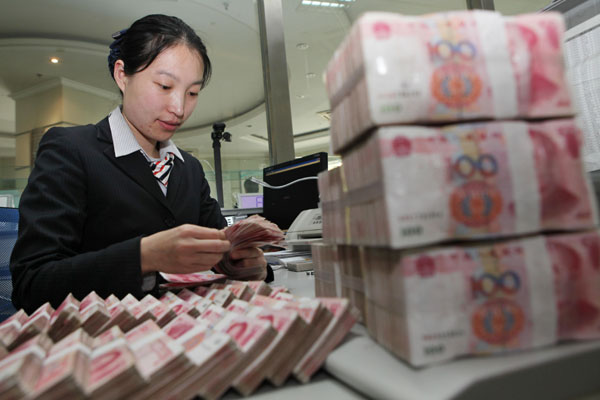 “The globalization of the yuan seems remorseless and unstoppable,” pronounced The Economist in April 2014. Indeed, use of the Chinese yuan, or renminbi (RMB), in global payments would double between then and August 2015, to 2.8% of the total, making China’s currency the fourth most used in the world.

Since then, however, this growth has been almost entirely reversed. The RMB’s share in global payments has fallen to 1.6%, knocking it down to number seven. Its use in global bond markets is down 45% from its 2015 peak. RMB deposits in Hong Kong banks are also down by half. And whereas 35% of China’s cross-border trade was settled in RMB in 2015 (with most of the remainder in dollars), that share has fallen to about 12% is today.

The RMB’s reversal of fortune reflects four factors in particular.

For starters, whereas the dollar value of the RMB rose nearly every year from 2005 to 2013 – by 36.7% in total – it has since fallen steadily, discouraging speculators. Since 2014, the exchange rate has weakened by an increasing amount every year, and is now down over 11% since the drop began, despite intervention by the People’s Bank of China (PBOC) to support the currency (not to hold it down, as US President Donald Trump has alleged). As a result, investors have abandoned the idea that RMB appreciation is a one-way bet. Capital inflows driven by that bet are over.

The RMB’s fall against the dollar reflects the slowing of China’s debt-fueled economic growth and the accumulation of default risks. Chinese residents and companies are, not surprisingly, seeking new ways (legal and otherwise) to move money out of the country.

In April, PBOC Deputy Governor Yi Gang tried to reassure nervous investors in a presentation in New York by saying that the level of non-performing loans (NPLs) in the Chinese banking sector had “pretty much stabilized after a long time of climbing.” This was, he said, “a good development in the financial market.”

But Yi was spinning. NPLs have stabilized as a percentage of total bank loans, but only because the number of loans has continued to rise. Many of these new loans are to deadbeat clients, and can be expected to go sour in due course. In fact, in absolute terms, NPLs grew by $35 billion in 2016, reaching $220 billion. Banks are also using accounting tricks to hide trillions in further exposures.

In an effort to stem the weakening of the exchange rate, the authorities have made it more difficult to convert RMB to dollars. Having previously supported Chinese investment abroad, they are now blocking outbound mergers and acquisitions to keep domestic companies from exporting capital. They have simultaneously made capital repatriation more difficult for foreign investors. While this helps keep existing capital in China, it is also discouraging foreigners from committing more.

This is the second factor discouraging accumulation of the Chinese currency. Faced with the choice between short-term economic stability and currency flexibility, Chinese policymakers are choosing stability. This raises questions about their long-term commitment to full convertibility, an important step for the RMB to reach genuine reserve-currency status.

The third factor undermining the RMB is that China has exhausted its export potential. The country and its currency have gained prominence because of China’s extraordinary integration into the global economy since its admission into the World Trade Organization in 2001. China’s share of world exports grew from 1% in 1980 to 14% in 2015, making it the world’s largest exporter. But its share of global exports has since fallen, to 13.3%. Those who saw China as the national equivalent of Amazon.com, selling more to more people year on year, have been disappointed.

The fourth factor is the reversal of globalization itself. Capital flows – in the form of equity and bond purchases, foreign direct investment, and lending – fell by over two thirds, from $11.9 trillion to $3.3 trillion, between 2007 and 2015. Trade barriers are up. Discriminatory measures are spreading faster than liberalizing policies. Merchandise trade is falling, too, contracting 10% between 2011 and 2015, which was the largest drop over any four-year period since World War II. China is therefore not only losing export-market share, but is doing so in a shrinking global market. As a consequence, the dollar value of China’s exports has fallen by 9.1% since its peak in early 2015.

The net result is that, compared to just a few years ago, the world has little, if any, reason to continue accumulating RMB. The globalization of the RMB is no longer “remorseless and unstoppable.” On the contrary, it appears, for the foreseeable future, to be well and truly over.

RMBChina’s Economy
printTweet
You might also like
Back to Top
CHINA US Focus 2018 China-United States Exchange Foundation. All rights reserved. Disclaimer