Why the TPP Collapsed 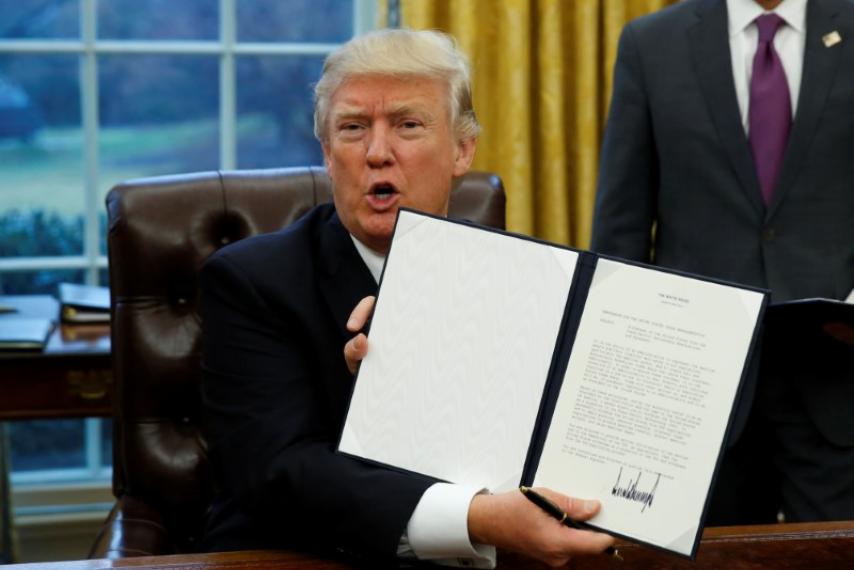 The Trans-Pacific Partnership (TPP) was an agreement between 12 countries in the Asia-Pacific. Many benefits were predicted, including economic profits from trade liberalization, and geostrategic effects in cementing traditional alliances and containing rising powers. However, the negotiation process took eight years to reach a conclusion, struggled with several crucial topics, and finally became defective after the U.S.’ withdrawal. Although some countries would like to continue it, TPP without the U.S. would as Shinzo Abe described, be “meaningless”. How did this happen? Due to the complexity and scope of the TPP, it is difficult to attribute the failure to a single reason. Rather, it was the result of discrepancies at three levels: the domestic level, the member level, and the regional level.

The Domestic Level: Discrepancy Between Decision Makers And Rising Protectionism

President Donald Trump’s decision to withdraw from the TPP is considered the nail in its coffin. Both Trump and Hillary Clinton were publicly opposing the TPP during the election, which was seen as a political move to attract more voters. This reflects rising populism, nationalism, and protectionism among Americans. The domestic discontent results from a conflict of interests between the decision makers and the rising protectionist groups.

The discontent is a result of a worldwide anti-trade movement. There is a longstanding view in developed countries that TPP-like free trade agreements would hurt the lower and the middle class whilst benefitting only the upper class. While the TPP tried to remove more barriers to achieve more free trade, many fear its impact on wages and jobs.

The discontent also stems from information asymmetry in the negotiation process. Beneficiaries have more access to information, while the general public is relatively ignorant, and may lose out as a result of the TPP. TPP negotiations were carried out under great secrecy; even elected representatives from Congress were given very restricted access. However, the media discovered that multinational corporations, such as GE and Johnson & Johnson, could access these plans. Nobel prize-winning economist Joseph Stiglitz commented that the TPP as "was done in secret with corporate interests at the table."

The two aspects combined in the worst way, where people’s emotions were ignited with their substantial economic losses and distrust of the democratic system. This has also become a perfect narrative for protectionists to gain more political influence and prompted Trump’s decision to withdraw from it.

The Member Level: Discrepancy Between Status of Member Countries

At the member level, the discrepancy between the status and bargaining power of different members impaired the TPP’s ability to promote fair trade and consensus. This made negotiations difficult and reduced the possibility for the pact to be passed in members’ legislatures.

Signatories of the TPP have very diverse economic backgrounds. Instead of setting mild requirements that would be more acceptable for developing countries, the TPP forced other states to adopt high U.S. standards that even some developed countries could barely meet. For example, one of the core disagreements involved pharmaceutical intellectual property; it prevented the finalization of the pact in July 2015. The U.S. wanted to set periods of exclusivity for biologics and other medicines that could prevent generic manufacturers from entering the markets for years; these laws did not exist in most member countries. Considering that most influential pharmaceutical companies are from the U.S., the U.S. economy would benefit from this move, but it would substantially increase the costs for patients, especially in developing countries with low average wages.

The investor-state dispute settlement (ISDS) mechanism also caused problems, as it allowed foreign investors to legally challenge host state regulations outside that country’s courts, with judgment being made by a third-party. This could interfere with governments’ efforts on environmental, health, and labor governance. Studies on previous ISDS systems found that developing countries are subject to more claims from investors, and such claims could have “a chilling effect” on their governments. It is notable that the U.S. has never lost a single case in such systems.

Many have understood the TPP in a strategic way, seeing it as an attempt by the Obama administration to enhance the U.S. alliance system in the Asia-Pacific region and check China. The strategic nature of the TPP, however, was over-emphasized and ultimately generated greater political pressure in the region; while TPP actually pushed China to start its own proposals on regional trade cooperation, its members tended to bandwagon with China. As the objective of containing China failed, the TPP seemed to be less meaningful and was ultimately withdrawn by the new administration.

Behind this strategic goal was the logic of U.S. hegemony. The U.S. has maintained its global economic hegemony for years, organizing trade systems and setting the rules. It has set high standards that China would not readily agree with, while trying to isolate China by pulling many important economies in the region into the TPP. The ultimate goal is to maintain U.S. hegemony. As a result, the U.S. has set high requirements in the TPP to try to constrain China, instead of making it more acceptable for member countries.

However, this was not as effective as imagined. China responded by taking more aggressive steps in dealing with geopolitical disputes with TPP members like Japan and Malaysia, especially regarding the South China Sea. This discouraged some countries from participating in the deal.

At the same time, China chose to initiate its own trade system. China started the Belt and Road initiative and Regional Comprehensive Economic Partnership. The rising power was trying to set its rules in competition with the U.S.-led system; meanwhile, the high standards set by the U.S. to stop China actually hurt TPP members. Strict rules about state-owned enterprises prevented China from joining the pact, but would also become unacceptable for countries like Vietnam and Malaysia. It would be much easier for these TPP members, who are facing China’s geopolitical pressure and U.S.’s high requirements, to bandwagon with China’s new leadership. Even Shinzo Abe has claimed that Japan will support Belt and Road Initiative in a recent speech in 2017.

Although the U.S.-led TPP has failed, negotiations with the remaining 11 members continued. Recently, officers of the other 11 countries met at Vietnam and shared their desire to push the pact forward with a new version of the agreement. Economic benefits can still result from the new TPP; members may also find it valuable to construct diplomatic relationships outside the U.S.’ influence. However, it is foreseeable that the economic and political impact of the TPP without U.S. would be much smaller. The U.S.’s withdrawal from Asia-Pacific economic integration could lead to the establishment of new order in the region. Many have predicted that China will step up to take the lead.

TPPSouth China SeaAsia-Pacific
printTweet
You might also like
Back to Top
CHINA US Focus 2018 China-United States Exchange Foundation. All rights reserved. Disclaimer