Connectivity is a shared interest for China and Southeast Asia, and the Maritime Silk Road (MSR) represents part of the continuing efforts to highlight this. Land and sea connections are important for trade and security. The long list of intra-ASEAN and ASEAN-China discussions, agreements, and undertakings related to connectivity demonstrate its importance. Myanmar, Laos and Vietnam share a common land border with China. Vietnam, Cambodia, Thailand, Malaysia, Indonesia, Brunei and the Philippines are littoral states of the South China Sea and the adjoining Gulf of Thailand. Burgeoning ASEAN-China trade is projected to increase from $366.5 billion in 2014 to a target of $1 trillion in 2020, and connectivity will be critical in facilitating this. In addition, geographic contiguity increases vulnerability to trafficking and smuggling (of narcotics, arms, human and contraband) and problems in managing regional commons (e.g. overfishing, maritime piracy, adverse effects of climate change to food and livelihood security). These geographic risks highlight the salience of connectivity for both sides in order to promote two-way trade, commerce, tourism, people-to-people exchanges and to cooperatively address issues of mutual concern. 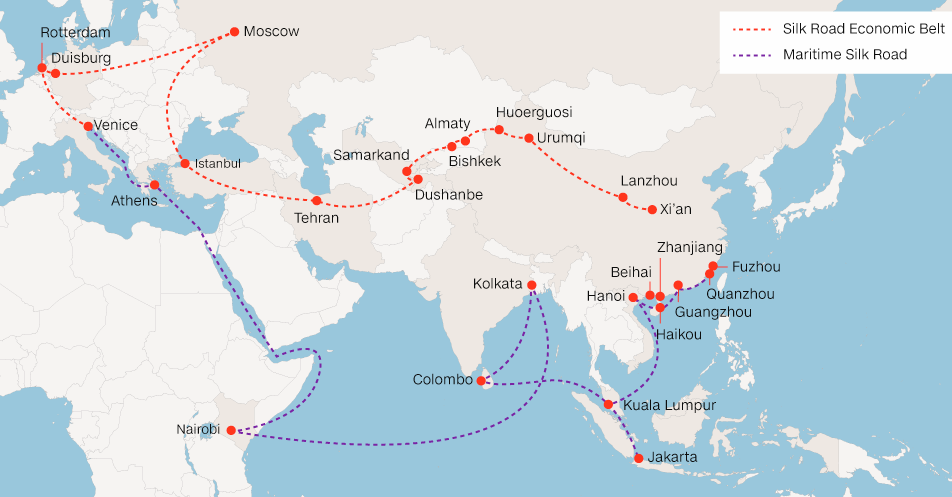 Southeast Asia is important for China’s neighborhood and periphery diplomacy; hence the management or resolution of regional concerns, such as the South China Sea (SCS) disputes, represents a continuing challenge for Chinese foreign policy. China’s increasing presence and power projection in the SCS worries naval powers concerned about potential curtailment of their longstanding freedom of navigation and overflight for their naval and air force assets in the strategic waterway. Furthermore, China’s increasing external threat has led militarily disadvantaged littoral states to expand security engagement with external powers in order to counter or deter Chinese assertive actions in the disputed sea. Hence, the sea that geographically binds China and maritime Southeast Asia also constitutes a space, which became the subject of competing territorial and maritime claims and further complicated by the participation of extra-regional powers. However, while disputes persist, proximity and contiguity (by land and sea) can actually be used to foster mutually beneficial ties which can serve as foundations for improved relations and enduring regional peace and order. MSR can help in this regard.

In 2013, Chinese President Xi Jinping announced the 21st Century MSR in an address in the Indonesian Parliament. MSR is the maritime component of the larger One Belt, One Road (OBOR, also known as the Belt and Road Initiative) that would connect China with Eurasia, the Middle East and Africa. MSR signals China’s deep interest in enhancing and accelerating all-around connectivity with Southeast Asia, including on the maritime front. Choosing regional leader Indonesia, which also strategically links the Pacific and Indian Oceans, as the venue to officially announce MSR suggests the high importance attached by China to Southeast Asia and to maritime connectivity.

With China championing regional connectivity and Southeast Asia supporting the same, better traction is expected. MSR can anchor on numerous prior bilateral and regional deliberations, proposals and agreements on connectivity (e.g. 2004 MoU on Transport Cooperation, 2007 ASEAN-China Maritime Transport Agreement, sister port agreements) and economic linkages (e.g. harmonization of customs procedures) to get regional buy-in. In 2003, the Philippines launched the Strong Republic Nautical Highway, an integrated system of RORO (roll-on, roll-off) ferries and highways to link the archipelagic country. In 2014, Indonesia came up with the Maritime Axis/Fulcrum doctrine which encompasses 5 pillars – maritime culture, resource, connectivity, diplomacy and strategic bridge between two oceans. In mainland Southeast Asia, there was a proposal to link ASEAN with China through a series of highways and railways (e.g. Singapore-Kunming Rail Line). From this vantage point, MSR taps into regional connectivity aspirations.

Several factors can increase the chances of MSR’s success in terms of promoting connectivity. This includes: 1) MSR’s flexibility – it can accommodate all types of connectivity projects beyond physical/hard infrastructure and, contrary to some misconception, actually goes beyond “maritime”; 2) China’s demonstrated financial factor (just became a net capital exporter in 2015), technological and infrastructure capacity (world’s largest dam, 1st maglev train, longest high speed rail network, highest bridge, highest altitude railway); 3) huge regional infrastructure financing gap; 4) strong regional support (all 10 ASEAN members are provisional founding members of the Asian Infrastructure Investment Bank, which together with the Silk Road Fund, constitute the key financing vehicles for OBOR), and; 5) low world price environment for fuel and construction materials. China accounts for about 50% of the world’s steel and about 60% of the world’s cement production, which can help explain why Chinese contractors can outbid their foreign peers when competing for infra projects abroad.

Several developments also bode well for MSR. This includes China’s expanding footprint in regional infrastructure market and gradual co-financing of AIIB and established multilateral development banks (World Bank, European Bank for Reconstruction and Development, Asian Development Bank). Steady progress of these projects, good working relations with recipient and host states, and continuing complementation/partnership of AIIB and other international lending institutions will enhance the success of MSR. The physical infra component (e.g. land, air, sea, energy, internet and telecoms) of MSR and the larger OBOR seem to be getting much of the limelight, but it actually covers a broader gamut including cooperation in the fields of agriculture, forestry, fisheries, financial integration, trade facilitation, e-commerce and the setting up of economic zones. In fact, in the implementation of MSR, one has to look not just at projects financed by AIIB, but also by Chinese policy banks and sovereign wealth funds, like China Export-Import Bank (CEIB), China Development Bank (CDB) and China Investment Corporation.

MSR changes the complexion of Chinese investments and proves that differences do not necessarily hinder investments. MSR promotes diversification of Chinese investments away from resource extraction and into infra and greenfield investments. Wading into social issues and poverty alleviation is also becoming a thrust as evidenced in the approved AIIB-WB co-financing of the National Slum Upgrading Project in Indonesia. Disputes also proved not to be an impediment to MSR. CDB funded about ¾ of the project cost of Jakarta-Bandung Railway; extended $3 billion 10-year loans to Bank Negara Indonesia, Bank Rakyat Indonesia and Bank Mandiri (2016); and approved $11.8 billion in loans to fund 52 Indonesian projects covering finance, electricity, telecoms, agriculture, etc. CEIB financed the Ninh Binh coal-based urea (fertilizer) plant (2013), while CDB financed the Vung Ang Power Plant Phase 1 (2013) – both taking place in Vietnam. It must be remembered that both Indonesia and Vietnam are at loggerheads with China over fishing and maritime disputes in the SCS, but the fact that they were able to get funding suggests that China is willing to sideline disputes so long as high level political relations remain strong and tensions can be managed. Chinese investments in volatile and risky regions like Sub-Saharan Africa and the Middle East reinforces the importance of good political relations, and it may override viability and risk considerations.

However, despite the promising prospects for MSR, several challenges remain. While the progress of Chinese-funded and supported infrastructure projects in the region (including in some SCS claimant states) suggests that MSR is moving despite the disputes, the regional political and security environment will continue to impact such projects as the disputes affect the overall perception of and trust in China. Compared to the Silk Road Economic Belt, MSR is proceeding slower, and it can be surmised that the SCS disputes moderate regional Chinese investments. Confusion and lack of information about MSR also needs to be addressed. Does AIIB membership equate with MSR inclusion? Conservatism (i.e. wait-and-see), perception of exclusion, and fear of economic domination on the part of Southeast Asian states represents other challenges that MSR has to hurdle. The general direction of MSR is westward, creating an impression that it bypasses certain maritime Southeast Asian states. Transport, power and energy, telecoms, and key industrial capacity are also considered strategic industries, so foreign participation and control of the same always raises concern. Prior setbacks of Chinese projects in the region – in light of involvement in corruption, irregularities, poor quality, safety and environmental standards – also affect views towards MSR. This requires reassurance, demonstration of goodwill and continuing China-Southeast Asia dialogue. Having said that, active first movers seem poised to enjoy better terms and privileges than latecomers or fence sitters.

China-ASEAN Relations One Belt One Road Silk Road South China Sea
printTweet
You might also like
Back to Top
CHINA US Focus 2018 China-United States Exchange Foundation. All rights reserved. Disclaimer