Under the new leadership that assumed office in 2012/13, China has displayed a striking degree of activism in foreign policy, including in the economic sphere. Altogether, China’s new leadership is pursuing a proactive foreign policy and seeking much more strongly to shape its own environment rather than simply reacting to events. Economic diplomacy plays a central role. Geographically the priorities lie in China’s now more broadly defined “greater neighborhood”, where President Xi Jinping speaks of a “community of shared interests, destiny and responsibility” or a “community of common destiny”. Chinese initiatives like the Asian Infrastructure Investment Bank (AIIB) and “One Belt, One Road” possess the potential to cause lasting geo-economic change affecting the economic center/periphery structures of Asia, if not of the world. China has also declared her willingness to step up her engagement at the global level, as expressed in Xi Jinping’s speech at the General Assembly of the United Nations in September 2015. She has contributed to the alleged success of the Climate Summit in Paris and will host the G20 summit for the first time in 2016. These Chinese efforts are presented by China’s leaders as building blocks in becoming a responsible stakeholder and contributing more to global commons. 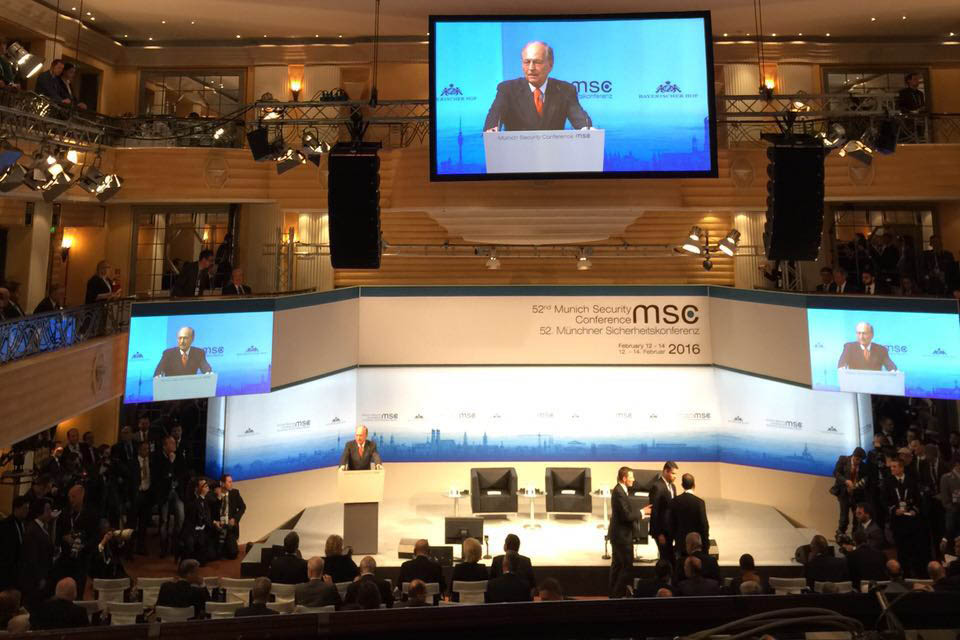 While some of China’s diplomatic and economic activities have been welcomed by Western industrialized countries, including the United States, such as taking over the chairmanship of the G20 or a deeper engagement in UN peacekeeping missions, other initiatives have been met with more skepticism. What has been the perception and response of European countries (including Germany) to these developments?

The AIIB: A divide between the US and Europe?

Washington saw Bei­jing’s new financial institutions, namely the New Development Bank of the BRICS and the AIIB, in a critical light, regarding them as a challenge to their Western-dominated counterparts. The US officially also expressed doubts that the new banks would adhere to the high standards and norms set by the established financial institutions like the World Bank, the IMF and the Asian Development Bank. Based on this assessment, the US has not become a founding member of the AIIB.

In the case of the AIIB, European states, including the United Kingdom as the US’s closest ally in Europe, failed to fall in line with the US stance, and many member states of the EU became founding members of new bank. The European approach was not to reject China’s initiative, but to join it and work on the inside for the establishment of high standards and norms.

The different decisions taken by the United States and members of the European Union do not mean that there is a fundamental trans-Atlantic divide in how to assess and respond to China’s regional and global initiatives. The issue whether China is seeking to undermine the still Western-dominated financial institutions established after the Second World War and replace them with her own alternative system, or whether these are in fact sensible or even vital additions where China is acting as the “responsible stakeholder” the West has long been calling for, is hotly debated in Europe as well. The associated question of whether these Chinese moves mark the beginning of the end of Western domination is equally contested. Within the United States many think tanks and experts have criticized the US decision not to join the AIIB as a missed opportunity. Many in the US interpret China’s agenda as more of a modest reform than a frontal attack on the established institutions.

Soon after China joined the World Trade Organization in 2001, the EU and member states started to see and treat China as a potential partner in tackling global issues like climate change, non-proliferation of weapons of mass destruction or the international financial order. While the dialogue mechanisms between the EU and China established for exchanges on these topics have not produced any breakthrough, there are two examples that have been cited as success stories by the European side when it comes to cooperation with China at the international level.

The first example is China’s participation in the anti-piracy efforts in the Gulf of Aden. This case is not only seen as an important contribution to the mission itself, but also as a good exercise in improving mutual understanding and building confidence. The second example is China’s role in the negotiations with Iran and its nuclear program. The cooperation on this issue has been perceived as so positive and successful that some politicians in Europe would welcome using the same format (P5+1, namely the 5 permanent members of the UN Security Council and Germany) in other conflict situations.

However, European countries also have some concerns about China’s role in the international and regional order, especially where Beijing’s positions at the global level and activities at the regional level are perceived as inconsistent or even incompatible. The EU and its member states are committed to a rules-based order and international law. Therefore they strongly favour a peaceful settlement of the competing maritime and territorial claims, for example in the South China Sea, either through a binding Code of Conduct or through ruling of an international court.

Chinese initiatives like “One Belt, One Road” are intentionally open and flexible; no uniform rules or norms are set from the beginning. One of the major challenges for the EU and European countries in the cooperation with China stems from this openness or vagueness: How to respond to the idea that China could push for different or even contradictory rules and norms at the global and at the regional level and that different rules and standards might be applied to different regions, sub-regions or even countries?

(The series of opinions from this year’s Munich Security Conference are published in collaboration with the Pangoal Institution. The Pangoal Institution is a public policy research organization that is joined by renowned scholars and practitioners in China and elsewhere.)