As China Rises, the U.S. Should Stand Back and Allow other Asians to Rise Too 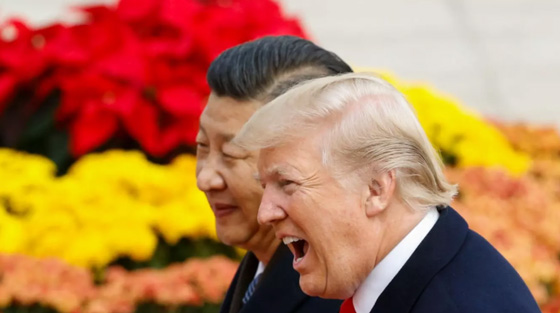 How to respond to the People’s Republic of China is one of Washington’s more vexing foreign policy challenges. Not only is the PRC on the rise, but President Xi Jinping is pushing an increasingly authoritarian policy. The result looks ominous to many Americans.

The strategy preferred by successive U.S. administrations, continued military dominance of East Asia, cannot last. This approach is not necessary to protect the U.S. Yet it costs far more to project power against China than to defend America from China. And it costs the PRC far less to deter Washington than for Washington to coerce the PRC.

But because of irresponsible Republican fiscal policies, analysts now fear the U.S. could begin running an annual trillion-dollar deficit as early as next year. That will come on top of a national debt which already tops $20 trillion and accumulated unfunded liabilities—promised benefits with no funding behind them—of some $200 trillion.

At some point Washington will have to trim outlays or face fiscal disaster. However, Americans are unlikely to accept reductions in social programs to finance military outlays to confront the PRC over such issues as Taiwan, the Diaoyu/Senkaku Islands, and other bits of foreign territory.

Instead of trying to organize a containment system, Washington should focus on advancing its few serious interests, such as freedom of navigation. Otherwise the U.S. should step back and leave China’s neighbors free to respond to whatever they believe necessary. Those with the most at stake should do the most.

Perhaps the PRC’s most important potential antagonist is Japan. Since the late 19th century, their bilateral history has been always difficult and sometimes violent. Nuclear-armed China is no longer vulnerable to Japanese coercion, but much hostility remains. As Beijing’s “peaceful rise” has turned more assertive if not aggressive, Tokyo has begun to slowly expand military outlays and adjust defense policies. (North Korea also has contributed to rising Japanese hawkishness.)

Prime Minister Shinzo Abe is pushing to change the so-called Peace Constitution to authorize a wider military role. There is even talk of adding aircraft carriers, creating an ability to preempt hostile missile launches, and developing nuclear weapons, though the latter remains unlikely absent either a South Korean nuclear program or America closing its nuclear umbrella.

Equally noteworthy is how Japan’s other neighbors, once captive to their memories of World War II, also are beginning to escape the past. Tokyo has been increasing defense cooperation with Australia. The two nations are looking to forge a visiting forces agreement for Japanese personnel involved in joint exercises. Noted Euan Graham at Sydney’s Lowy Institute: “Japan doesn’t enter into these types of agreements lightly. This will provide a framework so the two countries do not have to negotiate separate agreements every time they want to conduct exercises.” The PRC’s attempt to turn its financial clout into political influence also has created controversy in Australia.

The Philippines, which suffered under brutal Japanese military rule, now is encouraging Tokyo to do more. Last year Japan announced that it was providing spare helicopter parts and donating aircraft to Manila, as well as training Filipino pilots.

Disputes over the Paracel and Spratly Islands have helped keep China and Vietnam apart. The latter, which fought a brief but bloody war with the PRC in the late 1970s, has been looking for new friends. As a result, Japan and Vietnam have been expanding their defense ties, including port calls and naval exercises, and the two nations’ defense ministers met late last year.

When Myanmar was under western sanctions, India helped counterbalance China there. India began a military relationship with Vietnam in 2000, which has since expanded. Last year Vietnam’s foreign minister visited New Delhi, where he declared that he wanted to “step up” the two nations’ partnership to contribute to “stability, security and prosperity.” India has also sold anti-ship cruise missiles and advanced surface-to-air missiles to Vietnam.

In December, New Delhi and the Philippines conducted maritime maneuvers. Even more significant, in November, Prime Minister Modi met Filipino President Rodrigo Duterte and the two signed a memorandum of understanding on defense cooperation and logistics.

India also has been expanding its relations with Japan. Moreover, in January India invited ambassadors from the ten ASEAN (Southeast Asian) nations to the annual Republic Day parade. Thitinan Pongsudhirak of Chulalongkorn University in Thailand observed: “When India is included, Southeast Asian countries see it as a potential giant that could counterbalance China.” The point is not to “match China one for one,” noted Dhruva Jaishankar of Brookings India, “but if you can provide even part of an alternative, that is helpful.” New Delhi looks increasingly willing to challenge the PRC in the latter’s home territory.

Of course, none of these countries want war and the U.S. should encourage regional rapprochement. Whatever Washington’s short-term desire to limit the PRC, America also benefits greatly from a peaceful Asia.

As for China, the U.S. should emphasize common interests, such as bilateral trade and denuclearization of North Korea. Instead of seeking to ostentatiously contain the PRC militarily, Washington should step back. Better for the U.S. to balance from afar, relying on natural competition from Beijing’s neighbors, and especially India and Japan, to moderate what might otherwise become threatening tendencies from China.

The PRC is going to grow, but so will its neighbors. Washington’s best policy will be to reduce its military role while leaving China’s neighbors to decide how best to respond to a potentially more assertive China. The ultimate objective is not to suppress China’s potential growth, but to ensure that peaceful development continues to govern East Asia.