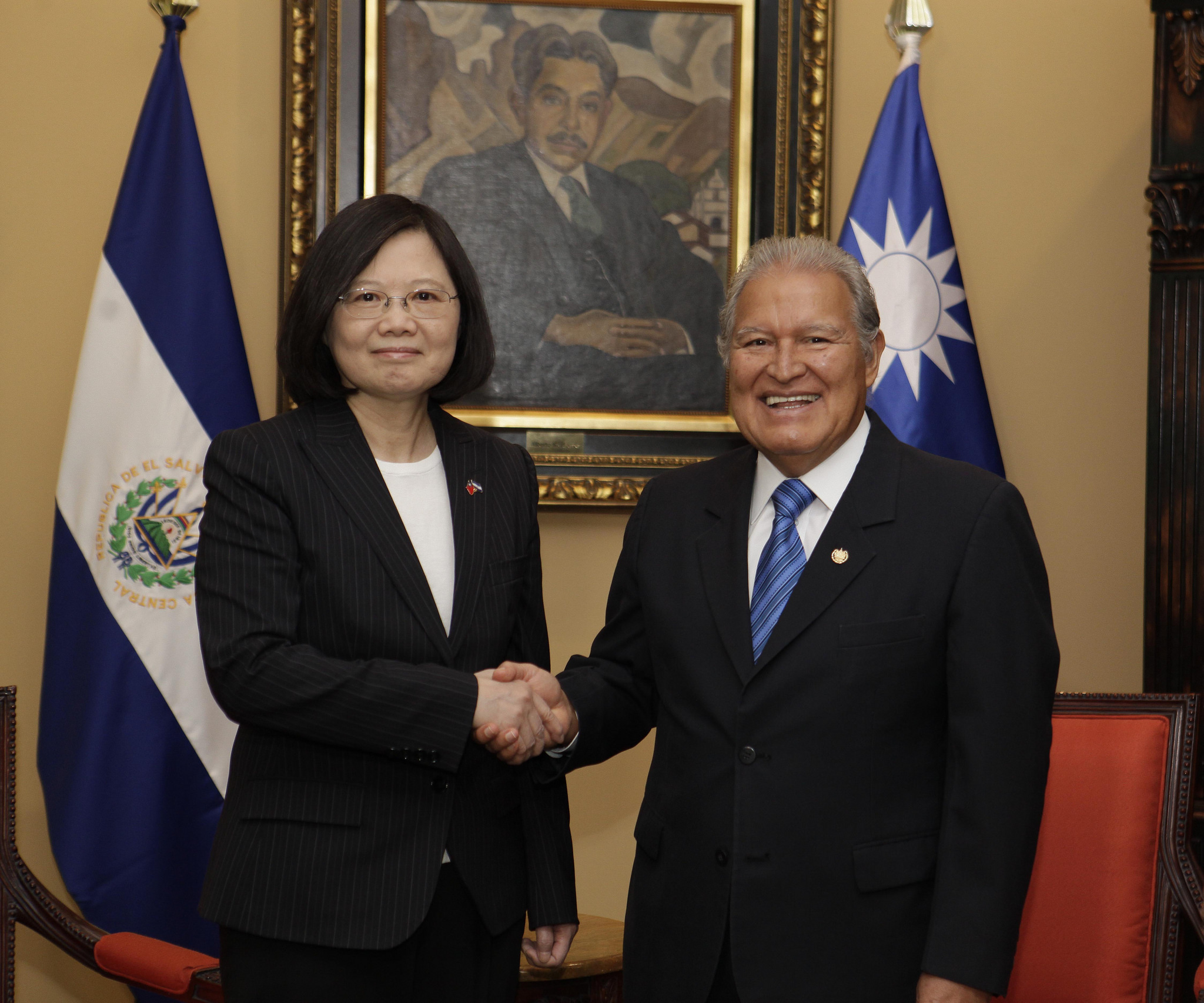 We appear to be living in an era of “alternative facts”; a time when many seem to be shamelessly willing to promote falsehoods. This observation applies with special force to certain elements in Taiwan’s polity.

Taiwan’s people are constantly being asked which side to believe in roiling controversies involving everything from pension reform to nuclear power. One of these seemingly endless debates revolves around the island’s steadily shrinking international space — particularly the loss of diplomatic ties with foreign governments. It’s time to distinguish truth from fiction.

Taipei and Beijing competed for diplomatic recognition for decades after China was split by civil war in 1949. However, that contest ended after Ma Ying-jeou was elected as Taiwan’s president in 2008. Ma endorsed “the 1992 Consensus,” an understanding whereby both Taipei and the mainland accept the principle of “one China,” but each side holds its own interpretation of what that means. With this consensus, relations warmed. As part of this process, a diplomatic truce was launched: both sides stopped stealing each other’s diplomatic allies. No country switched diplomatic recognition from Taipei to Beijing (or vice versa) from Ma’s election in 2008 until March 17, 2016.

During Taiwan’s presidential election campaign of 2015-2016, Tsai Ing-wen, the Democratic Progressive Party’s candidate, refused to endorse “the 1992 consensus.” Rather, she claimed to support “the status quo,” but would not define the meaning of the term. To some, it meant “the 1992 Consensus”; but to others it implied permanent separation from the mainland. In some respects, this proved to be a shrewd strategy considering her approach to cross-strait relations had contributed to her stinging defeat in the 2012 presidential election, and that scientific public opinion polls showed that most Taiwanese supported the “one China, different interpretation” formula for handling ties with Beijing (a majority opinion still illustrated in polling data).

Most of the campaign focused on Taiwan’s economy, but questions were raised about the “diplomatic truce.” Numerous voices warned Tsai that junking the “1992 Consensus” would end the ceasefire; and these concerns were not voiced solely by the opposition party. For example, Lin Chong-pin, a former official in the Chen Shui-bian administration warned of “an avalanche of ruptured diplomatic ties.” Annette Lu, who had served as Vice President in the Chen administration, cautioned that Taipei might face “a domino effect” of broken ties. But these warnings were ignored.

For all practical purposes, Tsai signaled her termination of the diplomatic truce during a televised debate on December 27, 2015. When asked about the truce, she argued that, “Taiwan’s diplomats have lost their direction in the past eight years of diplomatic truce and have lost their efficiency and competitiveness.” She threatened to turn the island’s inefficient personnel into “combat ready” diplomats. Several days later, she declared diplomats were wasting time waiting for “someone to throw them a bone” and charged that “this is not how a country should handle diplomacy.”

Since Tsai’s election in 2016, Beijing has slowly agreed to the longstanding requests by some foreign governments to switch diplomatic relations to the Chinese mainland. On August 21, El Salvador became the fifth country to dump Taipei since Tsai took office. This leaves the island with only 17 diplomatic allies — compared to 178 for the Chinese mainland. In commenting on this shift, Taipei’s leadership cohort responded with name calling. Tsai blasted Beijing’s “increasingly out of control international behavior” and charged that it was trying to influence Taiwan’s local politics. Foreign Minister Joseph Wu threatened that “China’s rude and unreasonable behavior will certainly have a negative effect on cross-strait relations.” While media pundits described the mainland as a “bully,” no one reminded Tsai of her 2015 criticisms of the diplomatic truce or her promise to create “combat ready” diplomats. Further, the explanation offered by El Salvador’s president, who said that his country was only responding to the “inevitable trends of our times,” was largely ignored.

Interestingly, cables released by WikiLeaks reveal an inconvenient truth for those peddling the “bully” theory. For example, a U.S. cable dated March 20, 2009, discusses how Beijing refused to accept requests from Paraguay, the Dominican Republic and Panama to drop Taipei. The same cable also reports that the PRC “appears to be doing the same with El Salvador.” Another cable dated February 23, 2010, explains that Panama’s request to establish diplomatic relations with China in January of that same year was rejected because Beijing wanted to avoid offending Taipei. There are more cables, but the point here should be clear: namely, some countries have been clamoring to establish diplomatic relations with Beijing for roughly a decade.

So, why are states switching relations to Beijing now? That question was answered by Panamanian President Juan Carlos Varela in 2017 when he attributed his government’s shift in recognition to the end of the diplomatic truce. The president added that he had warned Tsai personally that his country would drop Taipei if the “cross strait ceasefire” ended. And he described the diplomatic truce and improvements in cross-strait relations during the Ma administration as a “success story” that had suddenly ended.

To be sure, there are instances in which Beijing appears to be unreasonable and engaged in predatory actions regarding the island. For example, blocking Taiwan’s “unofficial” participation in the World Health Assembly can constitute a threat to the health of island’s people and the entire global community. But the struggle over diplomatic recognition is not one of these.

In sum, it is likely that Beijing will continue to slowly agree to the requests by other states to drop Taipei and establish diplomatic relations with the PRC. Even the island’s links with the Vatican – its only diplomatic partner on the European continent – now appear fragile. Clearly, it is time for some “new thinking” in Taipei. Otherwise, Tsai’s “combat ready” diplomats may eventually have no battles to fight.