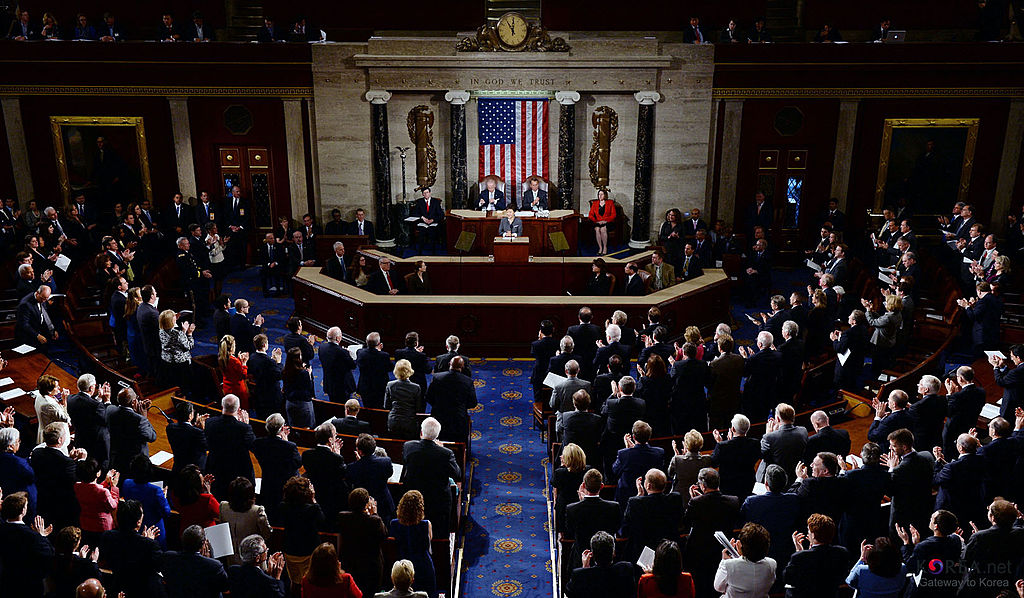 With the all-important midterm elections nearing, and the real prospect that Democrats will take control of the House and (less likely) the Senate, many are wondering if such a change would herald any substantive change in the Trump administration’s or United States’ policy toward China. The short answer, in my view, is no.

The reason is because there now exists a quite strong bipartisan consensus for pursuing a toughened China policy. Not only have Democrats and Republicans in Congress found consensus on the underlying rationale and elements of a hardened China policy, but it spans across various professional sectors. However, average Americans and local politicians (governors and mayors) hold more positive views of China — and potential cooperation with China — than do national-level politicians and elites.

Without much notice, throughout the Obama years a new national and bipartisan consensus was taking shape in the United States, but particularly inside the Beltway in Washington. The emerging consensus had to do with the progressively increasing difficulties felt by many sectors of American society vis-à-vis China.

The U.S. military and security community has long been concerned about China’s military modernization and expanding footprint in Asia and across the Indo-Pacific. Since the global financial crisis, American (and other foreign) businesses began to feel more squeezed and discriminated against than ever. Foreign NGOs felt the constraining impact of China’s new NGO law, and many abandoned working in China. Academics found it increasingly difficult to do normal scholarly research in China as archives, libraries, interviews, fieldwork, and other opportunities became increasingly circumscribed. China’s internal security services increasingly surveilled foreigners, and entry visas have been tightened. China’s increasing presence on the world stage began to bump up against the U.S. in regions where China had never been before. And, finally, since 2017, concerns began to grow about China’s “influence activities” inside the U.S. and other countries.

For all of these reasons and in all of these disparate professional sectors, a broad-gauged reaction against China has been building for several years. This represented a new consensus — an anti-China consensus. It is important to recognize that this trend developed progressively and over time — not overnight. As a result, a sea change in thinking about China has occurred in the United States. Trump tapped into this new sentiment and the midterm elections are not going to change it. As a result, the U.S-China relationship is at its lowest ebb in nearly 30 years.

A bipartisan consensus between Democrats and Republicans on U.S. China policy has long been hard to achieve — but, more often than not, the two parties found commonality.

Following President Nixon’s dramatic opening to China in 1972, not all Americans supported it. As historic as it was, and the curiosity about China that emerged in the American public, there still remained much opposition towards “Communist China” and sympathy for Taiwan in Congress. This opposition crossed party lines. Similarly, President Jimmy Carter’s bold stroke of formal diplomatic recognition of the People’s Republic of China on January 1, 1979 engendered at least as much opposition as support in the Congress and American public. While diplomatic recognition was seen to be a pragmatic recognition of reality (that after 30 years in power the PRC was the legitimate government of China), it was still strongly opposed by the Taiwan lobby in Congress and Americans who felt an old friend had been sold out. Not least among the critics was California Governor Ronald Reagan, who threatened to reverse Carter’s act if elected president (he did not in the end).

As China “reformed and opened” during the 1980s, the new zeitgeist of a liberalizing China emerged in the American media, and it gripped U.S. society. Deng Xiaoping was named “Man of the Year” twice by TIME magazine, China’s cosmopolitan Premier Zhao Ziyang visited the United States in a double-breasted suit and left a positive impression. The image of a new reformist China rolling back communism began to permeate the American consciousness. As it did, for the first time a true bipartisan and national consensus began to emerge in favor of engaging with China. American tourists, students, companies, foundations, banks, and media all began to go to China in large numbers. As this consensus emerged, it was the Reagan administration (ironically given the president’s previous disposition against China) that put in place all the building blocks of binational engagement.

Then came Tiananmen in 1989. The consensus was shattered overnight on June 4, but it was replaced by a new consensus of shock and reprisal. While there was certainly a majority of opinion which emerged that “business as usual” had to be suspended, there was no consensus on how far and how long to “punish” the regime in Beijing, and how to do so without harming the “people” of China. A consensus emerged to sharply curtail the relationship and selectively sanction the country, while offering Beijing a “roadmap” to return to a normal relationship. This reflected broad sentiments in the American public, in Congress, and across party lines throughout the George H.W. Bush and first Clinton administrations.

With America’s allies in Europe and Asia loosening their penalties on China and beginning to reengage with Beijing by the mid-1990s, the second Clinton administration began to reengage with Beijing — yet there was no deep underlying national bipartisan consensus to support it. China’s entry into the WTO was particularly contentious, and required every ounce of political muscle Presidents Clinton and George W. Bush had to conclude China’s accession agreement.

Following Clinton, something of a consensus did begin to reemerge during the Bush administration (2001-09) — around the dual policy of “strategic hedging,” a policy designed to engage selectively with China — but, at the same time, to constrain it regionally within Asia. A new consensus of growing strategic suspicion towards China was taking hold. The Obama administration essentially followed this dualistic approach, but without exercising the military muscle or strategic credibility to deter China from increasingly assertive actions in Asia.

Enter the Trump administration. Trump certainly tapped into this growing anti-China sentiment during the 2016 presidential election campaign. Once in office, his administration flushed out the National Security Strategy and National Defense Strategy documents — both of which labeled China, explicitly for the first time, a “strategic competitor” of the United States. Subsequently, the Trump administration has been formulating a “whole of Government” and “whole of society” response to toughly dealing with China across a wide range of issue areas.

Such a strategy would not be possible to formulate, much less implement, if there were not a deep underlying and bipartisan consensus for it in the American polity. Despite differences over the utility of tariffs as a tool of economic statecraft, the Democrats are certainly not opposing the Trump China policies — indeed if Hillary Clinton had been elected president it is quite likely that a similar set of policies would have emerged.

The toughened policies of the Trump administration are mirrored, and backed up, in Congress. As my colleague Robert Sutter has written, Congress is pushing back against China across a broad range of issues: Chinese investment and particularly attempted acquisitions of high-tech companies and assets; technology theft; commercial and national security espionage; so-called “influence activities” on university campuses and in civil society; penetrating Chinese-American communities; harassment of Chinese citizens in the U.S.; constraining freedom of speech in the U.S.; expanding China’s global influence and propaganda; China’s robust military modernization program; Xi Jinping’s signature “Belt & Road” initiative; and other perceived challenges to the United States.

Efforts to counter many of these alleged transgressions by China’s governmental agencies were recently wrapped together in the National Defense Authorization Act FY-2019, passed with strong bipartisan support in Congress and signed into law by President Trump in August. This annual law, and many of the dozen or so China-related pieces of legislation now pending in Congress, share strange political bedfellows from across the political aisle. Republican Senators like Marco Rubio (R-Florida) and John Cornyn (R-Texas) find common concern and partner with Democrats such as Elizabeth Warren (D-Mass.), Charles Schumer (D-N.Y.), and Patrick Leahy (D-Vermont). Similar cross-party anti-China political alliances exist in the House of Representatives.

For its part, the federal agencies of the Trump administration are already “actioning” policy decisions made in the executive branch to counter China’s multiple challenges to the United States. FBI Director Christopher Wray, in particular, has called for a “whole of society” response to China’s malign “influence activities.” Since Nixon’s opening to China nearly five decades ago, there has never been an administration more ill-disposed towards China and willing to take tangible actions against China.

With such deep antipathy towards China in the Trump administration and Congress, a real bipartisan consensus has not only emerged — it will be probably impossible to change barring a complete reversal of the Xi Jinping regime’s internally repressive and externally assertive policies. The history of the past five decades shows clearly that only when China is perceived to be liberalizing internally and working with the United States externally, can a positive bipartisan consensus in favor of cooperation with Beijing be forged. Absent a substantial reversal of Chinese policies and actions in a far more liberal direction domestically and more restrained direction externally, the new American hard line on China can be expected to endure indefinitely.

Since such a reversal cannot be anticipated on the part of Xi Jinping and the regime in Beijing, the U.S.-China relationship has entered what is likely to be a very protracted and contentious period. This is the “new normal,” and it exists for real reasons.

U.S.-China Rivalry
printTweet
You might also like
Back to Top
CHINA US Focus 2023 China-United States Exchange Foundation. All rights reserved.