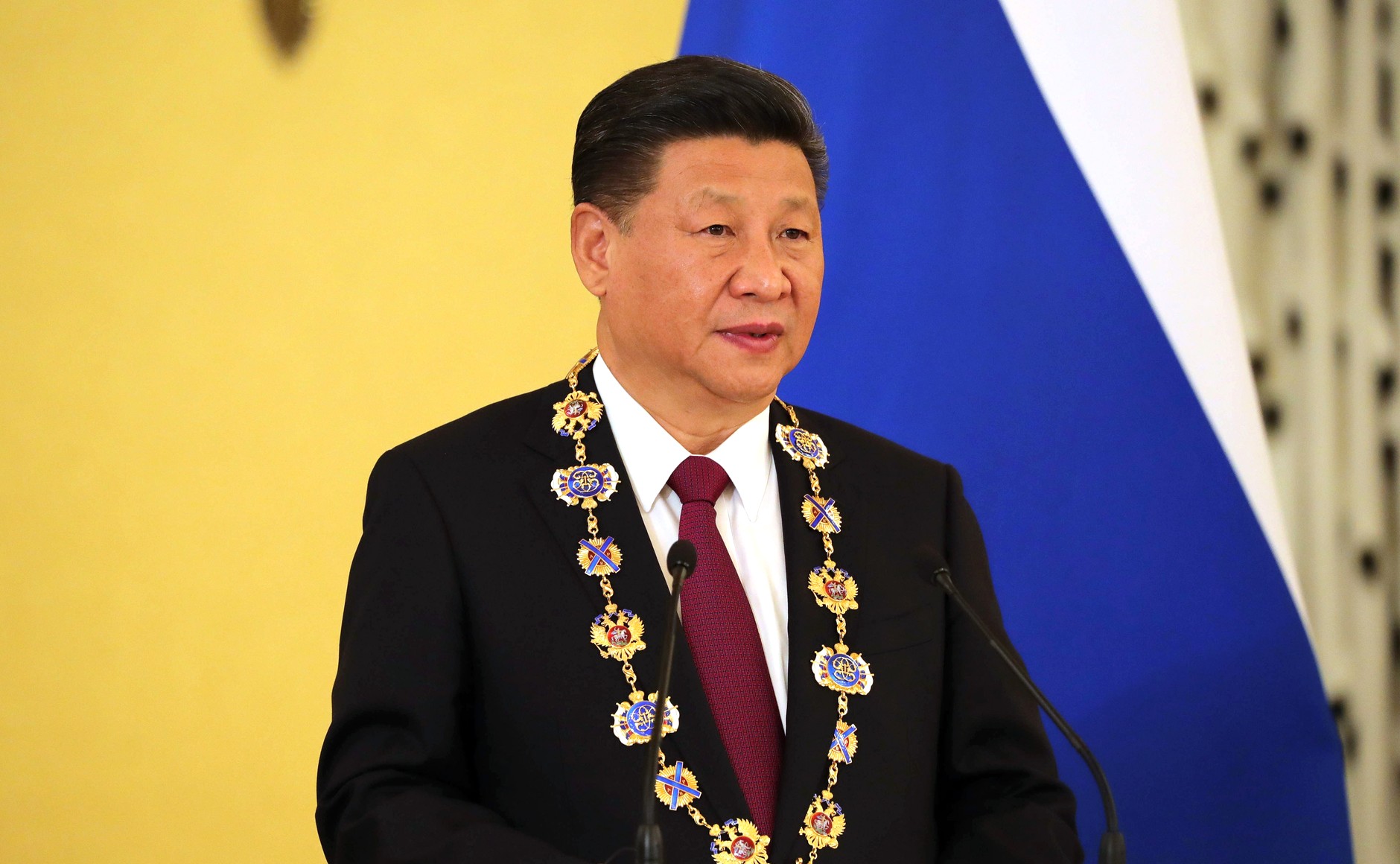 The rise of China has irrevocably changed the economic, geopolitical and strategic landscape of the world, with three-dimensional implications to the world order and stability.

The first fundamental challenge as well as an opportunity, brought by China’s rise, is to the global ecological system. As we know, the first wave industrialization, which started the process of modernization in human history, took place in Western Europe about 250 years ago, involving less than 40 million people.  The second wave, led by the US, Russia (USSR), Germany and Japan with the population of over 400 million people, started in the late 19th and early 20th centuries.  And now the rise of China, together with the fast development of India and the Southeast Asian countries, marks the third wave of modernization, involving over 4 billion people!

However, the model of achieving modernization through industrialization, which means massive consumption of natural resources and rampant urbanization, is by no means sustainable. Should China and other Asian countries accomplish their modernizations with this industrialization-led model, the human being would be doomed.  Thus, how to find an alternative path towards modernization while sustaining our vulnerable ecosystem is a mission the world community, especially China, cannot afford to fail.  It is the realization of this stern reality that nations have come together and made a collective effort to meet the challenge to our ecosystem and optimize opportunity for the development of the world, resulting in the Tokyo Protocol in 1997 and the Paris Agreement in 2015.

Second, the rise of China is achieved through integrating into, rather than challenging, the existing international system. Rising within the existing international system has not only determined that China’s rise has to be peaceful and compensating to the international community, but also enabled China to benefit tremendously from economic globalization, which was initiated and promoted by the US and its allies in 1990s after disintegration of the USSR.  Nowadays China has become the largest trading nation on earth, with an economy that is expected to surpass that of the US in the next decade.  Meanwhile, it also made China’s further development depend on global economic integration based on multilateral arrangements.  The Belt and Road Initiative adopted under President Xi Jinping’s leadership has showcased China’s push to further economic globalization, which, in Beijing’s point of view, will eventually lead to the formation of “the community of shared destiny” for human being.

Third, the rise of China, with fast expansion of its influence and impressive development of its military forces, has irrevocably changed the geopolitical and strategic balance among the major powers.  As a result, a US-dominant unipolar world is shifting towards a multipolar one, in which interactions among the great powers (the US, Russia, China, Japan, India, and EU), rather than the US hegemony, determine the outcomes of international affairs as well as the balance of power.

From the US perspective, all the above developments caused by China’s rise have substantially undermined the US interests. Moreover, the US political elites are convinced that it was the US “engagement” policy towards China since the late 1970s – in an attempt to induce China into a “peaceful evolution” towards an Anglo-Saxonist democracy – that has enabled China to rise rapidly at the US expense.  The deep frustration that China would never “become like us” on the one hand and the growing anxiety, even paranoia, that China is going to “take over” on the other hand have led to a strategic consensus in the US establishment, including both Democrats and Republicans despite some irreconcilable divisions between them, that China has emerged as a “strategic rival”, hence the US must take “strong and effective measures” to constrain, if not fully contain, the development of China. The aim is not only to roll back China’s rise, but more importantly to make the US stronger.

Thus, the Trump Administration has adopted a tough approach against China.  Economically, the US has pledged to levy massive tariff taxes on imports from China, tightened the ban on high-tech exports to China, and put all investments from China under strict scrutiny. Moreover, the US has beefed up its military presence in the region under the newly adopted “Indo-Pacific strategy”, with an effort to form a quad-alliance among the US, Japan, India and Australia against China.  Given the increasing hostility towards China, some pundits claim that the two largest powers have entered a “new Cold War”.

But it is not to be.  A fundamental consequence of China's rise within the international system, with the encouragement by the US “engagement” policy, is that the two countries have become irrevocably interdependent. This has made their relationship far transcend the scope of bilateral relations. While all the issues between the two countries have global implications, virtually all the intractable global challenges (e.g., the Korean Nuclear issue) can hardly be managed, let alone solved, without communication, consultation and certain cooperation between the US and China.  Moreover, the US-China relationship nowadays is actually defined by internal politics, rather than whether Washington and Beijing can see eye to eye on a given policy issue. In both the US and China, policymaking involves widely diversified interest groups with different stakes. For example, a policy hailed by Wall Street might upset human rights groups; environmental groups would oppose a policy supported by the energy industry; and manufacturers and farmers would be unhappy with levying high tariff taxes that could trigger a trade war between the two countries.  Thus, although the US has adopted a tough approach against China, endless struggle and bargaining among interest groups in the policymaking process has prevented the Trump Administration from working out any comprehensive and cohesive policy framework so far.  As a result, Trump’s policies towards China are mostly ad hoc, and implementations are inconsistent or even self-contradictory.

Notably, similar situations also exist in China, although policymaking in Beijing is far less transparent than that in Washington. As a matter of fact, despite President Trump’s “tough stance” against China, the stability of the bilateral relationship is essentially determined by the top leaders' strength and capability in reaching a compromise in internal politics.  It is in this regard that Xi Jinping, who obviously holds a stronger authority in internal politics than Donald Trump, appears to hold the upper hand in the stormy situation between the two powers.

Strategically, interdependence amidst economic globalization has eroded the foundation for a “new Cold War”, which would require four conditions.  First, policymaking in both countries would have to be ideologically driven so that, second, the world can be politically divided into two camps against each other. Third, their economies would be independent of each other upon which, fourth, both sides could form alliances to sanction against each other.

However, like most countries today, policymaking in both the US and China are essentially interest oriented, not ideologically determined. Hence it is virtually impossible that the world could retreat to Cold War dynamics, where nations are divided into two camps politically hostile and economically independent of each other. Moreover, although a US-led security system has survived the end of the Cold War, the US allies would be reluctant to join the fight should confrontation take place between the two superpowers. As for China, Xi Jinping made it clear in his speech at the Belt and Road Initiative summit in May 2017 that China would not pursue any alliance but strives to foster partnerships with other countries.

Thus, despite Trump’s high-profile measures against China, it is hard to imagine that either the US or China would go to war against each other. This is not necessarily because they would give up the competition and even rivalry, but because it will be extremely difficult for both Beijing and Washington to achieve a policy consensus at home and form alliance abroad, which are necessary for a confrontation between the two global powers.

However, the US “tough approach” against China will have a far-reaching negative impact on world order and stability, not only because Trump’s anti-China measures are an essential part of his “America first” unilateralism and his anti-establishment impulse in international affairs, but also because China has already become a deep-rooted stakeholder in all the three layers of today’s international order, i.e., the political order centered on the United Nations and its affiliated organizations, the economic and trade order based on WTO and other multilateral trade agreements, and the financial order maintained by the World Bank, IMF and other institutions like the ADB and AIIB.  Thus, it is not surprising that even America’s closest allies in Europe and Asia – despite their substantial differences with China in terms of value and political systems – are reluctant to join the US in its effort to roll back on China.  This does not mean they support China at all.  But like China, they are also deep-rooted stakeholders of the existing international order that based on multilateral arrangements. After all, the essential purpose of reckless unilateralist behavior by the Trump Administration (e.g., withdrawals from the Paris Agreement, the Iranian Nuclear Deal, the UN Human Right Council, levying heavy tariff taxes on almost all important trade partners, and demanding allies to pay more for the US security commitments) is to rewrite the rules of game in America’s term at the expense of the entire international order. It is in this regard that Trump’s “America first” has turned into “America isolated” because such an approach hurts all the stakeholders of the existing international order, including the US allies.

By contrast, China’s response to the US pressure sounds rational and positive.  Xi Jinping made it clear in his speeches at the Bo’ao Forum for Asia in April 2018 that China will resolutely continue its reform and openness policy.  Meanwhile, Beijing will firmly defend the free trade system based on multilateral arrangements on the one hand, and carry on its “peaceful development” strategy on the other hand.  While it remains to be seen whether, and to what extent, China can turn the rhetoric into credible actions, how, and by what means, China can manage the volatile relationship with the US under a highly self-centered and unpredictable Trump Administration will indeed have a far reaching impact on peace and development of the world.  The good news is that Trump’s ego-driven and unilateral behavior can actually strengthen China’s hand, only if Beijing can handle it appropriately.  The bad news is that the US still is the strongest power on earth.

（This article was originally published in Russia in Global Affairs）

U.S.-China RivalryChina’s Rise
printTweet
You might also like
Back to Top
CHINA US Focus 2021 China-United States Exchange Foundation. All rights reserved.