Understanding the AI Challenge to Humanity 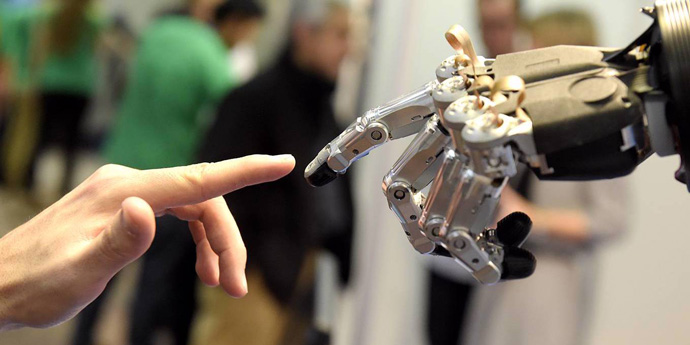 We all know that super smart artificial intelligence, or AI, is still a far reach for mankind. However, AI has exceeded humans in some concrete domains under specific conditions, and it’s growing rapidly. There are huge expectations about the benefits it will bring. Yet fear and concern are also rising.

Henry Kissinger has talked about AI’s potential to fundamentally alter human consciousness and the danger of AI ending the age of enlightenment. He looks at it from a historical, philosophical and strategic perspective and provides a powerful argument that has given us a lot to think about.

The United States is leading in AI technological innovation, followed by China, which is rapidly creating massive, active applications. These two countries should shoulder greater responsibility in thinking ahead about the future and about what needs to be done.

But before we can talk about the future, or about how we should move forward with technology, we first and foremost need to think about whether we are going to do it together or turn each other into enemies. The current tension between China and the U.S. cannot help but have an impact on how we deal with challenges down the road.

So we must ask: Are we going to work together to make technology symbiotic with humans, help the world avoid technology risks and ensure that the technology advances make civilization prosper? Or will we go our separate ways, with each trying to use the technology to undermine, even hurt, the other side?

The choices we make will affect how we tackle the challenges posed by the advancement of science and technology. The U.S. and the USSR during the Cold War went through many crises, some of which threatened doom for mankind, before arriving at an arrangement for self-restraint and coexistence.

The world today is even more complicated, and there is more at stake. Do we need bigger crises to help us find the right path? Can China and the U.S. solve their differences and peacefully coexist in the current world system? Or will they decouple, as some people in Washington advocate, thereby tearing the world apart? Many Asian leaders and the UN secretary-general have been warning against the latter.

As for China, the country has set a fast pace of industrialization over the past three decades and has embraced all the basic rules developed in the past two centuries. Now, for the first time, China finds itself among the leading ranks in advanced technology. Apart from trying to do well, China is also increasingly aware of its rule-making responsibilities.

The traditional legislative approach is to wait for consensus in society before a regulatory idea is developed. But with AI technology, the need for proper governance appears as soon as the application is made. Thus it poses new challenges for any government. The policy of the Chinese government is, on one hand, to encourage the advancement of industries, while on the other providing general guidelines.

China’s New Generation AI Governance Expert Committee, which was set up by the Ministry of Science and Technology in February unveiled its eight-point principles in July. They include harmony and human-friendliness, fairness and justice, inclusiveness and sharing, respect for privacy, security and controllability, shared responsibility, open collaboration and agile governance.

To put these principles into practice, the government will set up 20 pilot zones by 2023 for testing and collecting feedback on how the principles are being practiced. Other measures include offering open platforms to encourage enterprises to formulate their own standards. R&D projects will also be measured by the eight points.

In the Civil Code Part on Personality Rights, which was adopted by the Standing Committee of the National People’s Congress in August, particular emphasis was laid on the protection of personal information. The collection and use of a person’s personal information can only be made with the consent of the person or a guardian. It also protects personal biometric data. Another important development is the adoption by the National Network Information Office of the Provisions on the Cyber Protection of Children’s Personal Information. This took effect in October.

AI technology research has always developed through global collaboration, with researchers sharing ideas and building on each other’s work. The AI platforms of multinational companies are also expanding globally. To regulate such progress, countries need to develop compatible ethical norms and industrial rules. So China’s governance efforts need to be connected to similar efforts in other parts of the world, the U.S. in particular. China also has an open attitude about discussing and working with other countries on the creation and expansion of common ground.

Neither China nor the U.S. can monopolize the world’s technological progress. If the two countries complement each other, the prospects for AI technology are brighter; but if they stop working with each other, both will suffer, and general progress will pay a price. If they were to allow a geopolitical zero-sum competitive philosophy to dominate their relations, it would be self-defeating.

One thing the Chinese side can do to improve perceptions and reduce misunderstandings is to be proactive in communicating with the international community. Since China now is very much under the spotlight on the world stage, it is important that when we release major domestic documents, there should also be proper translations to go with them so that the world reads China’s intentions accurately. Should there be misunderstandings, timely explanation is also necessary.

Take for example, the American fear of China’s ambition to dominate AI’s future. This has prompted the U.S. to see scientific and technological advancements as a platform for strategic rivalry. Apparently, its fear comes partly from a misreading of the New Generation Artificial Intelligence Development Plan issued in Beijing in July 2017.

The plan laid out the targets the government wanted to promote, including Chinese AI technological development reaching a world-class level by 2020; achieving major breakthroughs in basic theory to reach a world-leading level by 2025 with certain technologies and applications; and moving to become a major innovation center by 2030. It should be noted that what China wants to achieve is to become a global innovative center, not “the” only or exclusive center. These are quite reasonable expectations.

The U.S. is trying to make high-tech a platform for strategic rivalry, which is not how China sees it. The reality in the field is a kind of constructive and strategic mutual dependency, although no one can deny that competition in science and industry is not abnormal.

According to Clarivate Analytics, from 2013 to 2017, the number of AI-related papers co-authored by Chinese and Americans grew rapidly, reaching 4,000 in five years. American companies lead in technology (especially semiconductors), and American universities are ahead of others worldwide. But China has the largest user market and therefore can provide faster iterative upgrades for algorithms. So the two countries can benefit tremendously in a complementary partnership — that is, unless the U.S. forces decoupling and pushes China to find other partners or develop its own solutions, which will also weaken American companies’ position and influence.

For China, the preferred future is a world of interdependent communities with a shared future, and its policy is to engage in wide international conversations to encourage collaboration and develop common rules for safe, reliable and responsible AI. As Chinese President Xi Jinping said, “China is willing to work with the international community to create an age of intelligence and share the achievements of that intelligence.”

AIGlobal GovernanceU.S.-China RivalryInformation Technology
printTweet
You might also like
Back to Top
CHINA US Focus 2022 China-United States Exchange Foundation. All rights reserved.