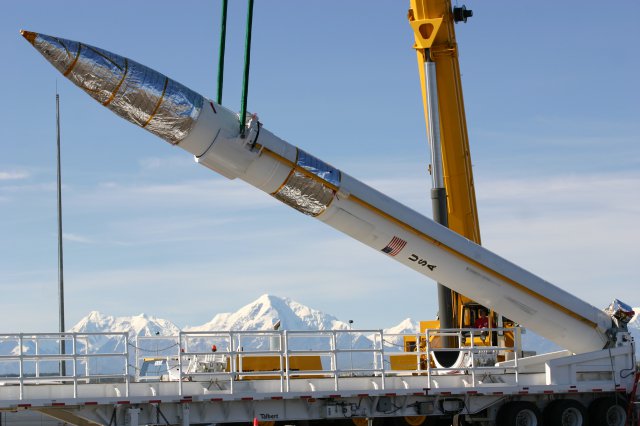 President Trump’s decision, announced on October 20 to pull out of the Intermediate-Range Nuclear Forces Treaty（INF）with Russia alarmed both Russia and America’s allies. Russia’s opposition is easy to understand: If American intermediate-range ground-based missiles are redeployed in Europe, particularly in Poland, Romania, or the Baltics, Russia has no choice but to enter into an arms race with the US again.

For America’s European allies, the return of a cold war nightmare ―­ Europe reduced to rubble in a nuclear Armageddon ― cannot be more worrisome. The angst is such that French President Emmanuel Macron called for, and German Chancellor Angela Merkel supported, establishing a “European army” for self-protection.

However, it is surprising to note how Trump cited China, which is not a party to the bilateral agreement, to justify such unilateralism. Trump declared that he was ready to outspend Russia and China on nuclear weapons “until people come to their senses.” A Chinese spokeswoman responded that “China will not tolerate any blackmail from any country” and that “China was opposed to America’s unilateral withdrawal and attempt to make INF multilateral”.

Indeed, it is “naïve to expect China to waltz into negotiations that would result in the scrapping of warheads”, as Drew Thompson, former director for China at the US Department for Defense wrote in the South China Morning Post.

Missiles with conventional warheads aren’t much different from bombs dropped by aircraft or shells fired from canons, but they have greater psychological effects. In 1995 and 1996, the PLA fired DF-15 missiles in the waters off Taiwan to send a clear warning to the Taiwanese authority under Lee Teng-hui over what Beijing perceived as separatist moves, and to Washington, which violated its promise by inviting Lee for an “unofficial and private” visit to the US.

Although missiles are offensive weapons, they could be defensive, particularly for the PLA. Much has been said about the precision-strike capabilities and lethality of China’s DF-21D and DF-26 missiles which reportedly have developed anti-access and area-denial capabilities including targeting a moving aircraft carrier strike group. If they indeed enhance the PLA’s ability to prevent US aircraft carriers from closing in on Taiwan, they underlines the usefulness of such intermediate-range missiles for China’s territorial defense — they are not designed to target the continental United States.

Above all, since China only wishes to maintain a “small but effective” nuclear arsenal which is further bounded by its no-first-use pledge, its short and intermediate-range missiles，some of which are nuclear capable, are indispensable for China’s strategic equilibrium with other major powers.

China is open to talks on strategic stability with the US. Since 2005, starting with Secretary of Defense Donald Rumsfield, quite a few top American defense officials have been invited to visit the Second Artillery headquarters and regular discussions on strategic stability have been held at a track-two level. In 2008, the two militaries held a nuclear dialogue. However, the progress is slow, as there is a lack of mutual trust. The American side is eager to find out the tempo of modernization of the PLA nuclear forces while the Chinese side stresses more on transparency of intentions for strategic balance.

This comes as a sharp contrast to confidence building between China and Russia. Ever since 2009, China and Russia have notified each other of their respective missile launches. They also had two joint anti-missile defense war games. It sounds outlandish that American national security adviser John Bolton told Reuters recently that Washington wished to have strategic dialogue with Moscow over the Chinese missile threat to the “Russian heartland”.

Even if the US wishes to deploy ground-launched missiles in Asia against China, it is easier said than done. Given China’s stormy response to THAAD deployment in ROK and the assured impact of such a move on the denuclearization of DPRK, this prospect is remote.

In Japan, chief cabinet secretary Yoshihide Suga said “[cancellation of] the treaty is a serious problem for Japan’s national security”. Japanese law forbids introduction of nuclear weapons into Japanese territory. And allowing Americans to deploy a few missiles carrying conventional warheads, say, in Okinawa, as some speculated, will not necessarily enhance Japan’s security, but will most certainly further sour its choppy relations with China. Tokyo has to think twice whether her security depends more on improving relations with an immediate neighbor or standing with a distant ally.

The rationale behind the INF treaty is that even after scrapping all the ground-based intermediate-range Soviet SS-20 and US Pershing-2 missiles and other ground-based cruise missiles, the two superpowers still have more than enough nuclear weapons. Today the US and Russia together still hold more than 90% of the world’s nuclear weapons, but the US is pursuing the most belligerent arms buildup since the end of the cold war.

The driving force behind this is the Trump administration’s penchant for “America first” in everything, including unmatched military supremacy. As president-elect, Trump declared, “let it be an arms race. We will outmatch them at every pass and outlast them all”. The problem is: even if the US outmatches “them” in an arms race, it won’t necessarily “outlast them all”. A few more nukes on the American side are not a game changer in the mutually assured destruction of a nuclear war.

INF TreatyBallistic Missiles
printTweet
You might also like
Back to Top
CHINA US Focus 2023 China-United States Exchange Foundation. All rights reserved.