China is going to send astronauts—taikonauts—to the Moon. When they do, they want to reap all the many benefits that the United Stated accrued from their Apollo lunar program: increased student interest in science, technology, engineering, and math fields; technology spin-offs to the public and the military; the halo effects of technological prowess to Chinese industries, with consequent economic pay-offs; and international prestige with geopolitical influence through leadership inferences. Furthermore, the Chinese Communist Party will gain credibility regarding its ability successfully tackle “exceptional” challenges among China’s nearly 1.4 billion citizens. While Western news articles have sometimes implied or assumed such a Moon mission was already underway, that has not been the case. In fact, there still isn’t an “approved” program, but it is clear that China is getting closer. 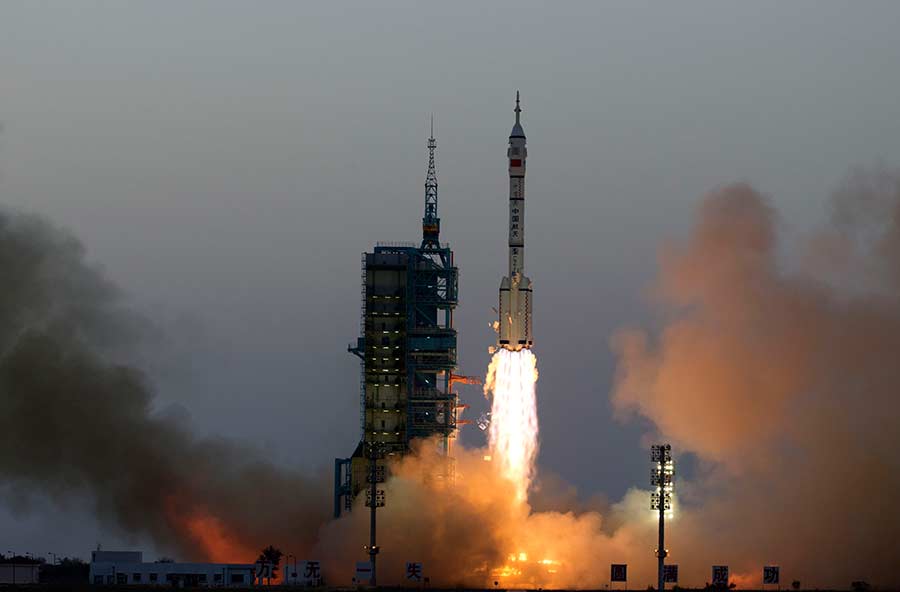 In April 2016 there was a flurry of reporting after Lieutenant General Zhang Yulin, deputy commander of the China Manned Space Program posted on the organization’s website that China should "raise its abilities and use the next 15 to 20 years to realize manned lunar exploration goals.” China Daily characterized the announcement as "the country's first confirmation of a manned lunar exploration program.” If Zhang Yulin’s timeline were accurate, that would put a Chinese taikonaut on the Moon by 2036.

Then, at the September 2016 International Astronautical Congress in Guadalajara, Mexico, Wu Yanhua, Deputy Administrator of the Chinese National Space Agency (CNSA) outlined China’s long-term space plans. He described plans for a manned lunar mission as being “under evaluation.” Though technical details are clearly still being worked out and official approval still absent, China’s prudent, politically risk-averse approach to space exploration, especially human exploration, would have precluded even this much open discussion were an officially approved program not forthcoming. Over many years, through Project 921 and its Shenzhou missions, the Chang’e program and the Long March launcher series, China has developed the building blocks requisite for a manned lunar mission, and is now ready to put them together.
China began working on its latest and current iteration of a human spaceflight program in 1992, Project 921. Earlier efforts were stalled due to lack of funding, technological know-how, or both, but in 1992 China was ready. As a three-step program, China would work incrementally toward a culminating goal of a large, permanently crewed space station.
At the time, the U.S. and its international partners were also working on what would become the International Space Station (ISS), though the U.S. specifically excluded China, and still does. In fact, through the insertion of what has become known as the Wolf Amendment, named after its originator (now retired) Congressman Frank Wolf, into the FY2011 NASA Appropriations Bill, NASA has been legislatively banned from working bilaterally with China.
While China has very much wanted to be part of what is known as the international family of spacefaring nations partnered on the ISS, it has nonetheless proceeded on its own. The U.S. lost the opportunity to help shape the Chinese space program and created its own competitor. Though some Chinese politicians would still like the opportunity to work cooperatively with the U.S., many in the Chinese space community fear that working with the U.S. would just slow them down due to the fickleness of U.S. politics.

China launched the Shenzhou-11 spacecraft, also known as “Heavenly Vessel-11,” into space around 7:30 am Beijing time on Oct.17 from the Jiuquan Satellite Launch Center. It is China’s sixth manned space mission and the country’s latest bid to become a new space superpower. The astronauts Jin Haipeng (R) and Chen Dong will spend 30 days in space.
Step one of Project 921 was to demonstrate human spaceflight capability, which China accomplished with the Shenzhou 5 mission carrying Yang Liwei into space for 14 orbits in 2003. Shenzhou 6 in 2005 was a multi-day manned mission. Step two began in 2008 with Shenzhou 7 progressing to the demonstration of more advanced spaceflight capabilities, including space walks, docking, and rendezvous, over multiple missions. The Tiangong space laboratories have been part of step two as a test bed for life support technologies, to provide the crew practice with maneuvering and docking skills, and for science experiments of the type that might be carried out on the space station. Some experiments are international collaborations. Swiss and Polish institutions, for example, are working with the Chinese studying gamma ray bursts. On October 16, China launched a two-person Shenzhou-11 mission to include a 33-day stay on Tiangong-2.
Step 3, plans for a large space station, is expected to consist of three parts— a core module attached to two space labs, weighing about 20 tons. According to Zhou Jianping, chief engineer of China's manned space program, an important aspect of Tiangong-2 is verification of technology that will be used in conjunction with the construction of the space station. "Once the space lab mission comes to an end, China will start building our own space station," he said, adding this could start in as early as 2017. If the timeline holds – though space timelines rarely do—construction would be complete sometime around 2020 and the station could enter into service around 2022, with an initial design lifetime of 10 years.
Utilization of the ISS is currently scheduled to end in 2024. That would make China’s space station the de facto international space station.  Apparently anticipating such, European scientists are currently studying Chinese.
Concurrent with China’s crewed Shenzhou missions, China has been conducting robotic exploration of the Moon through its Chinese Lunar Exploration Program (CLEP). The program is often referenced by the name of it spacecraft, Chang’e, a mythical Chinese Moon princess. Through a series of increasingly complex Chang’e missions, from a fly-by, to a lunar landing with a rover, and a planned sample return, China is mastering the capabilities needed for crewed missions. China’s lunar rover, Yutu (Jade Rabbit), captured the world’s attention in 2014. The anthropomorphized rover was mourned on Chinese social media when it “died,” and then prompted rejoicing when it came back to life. Though the rover was unable to move after its “revival,” it continued to operate and send messages back to Earth from its stationary position until 2016.
Finally, China is developing new launch capabilities necessary to lift the space station modules to orbit, and for inter-planetary travel.  The heavy-lift Long March 5, more than two years behind schedule but scheduled for its first flight in 2016, is needed for a variety of space missions, including taking space station modules into orbit. With the debut of the Long March 7 in 2016, it was reported that China “transitioned to less hazardous liquid oxygen-kerosene fuels, and opened a new spaceport in the southernmost part of the country where launchers can gain more speed due to the Earth’s rotational velocity.” The Long March 9 is intended as a Saturn-5 class launch vehicle, another indication of Apollo-like lunar plans.
It could reasonably be argued that the Chinese lunar program is not an Apollo redux, as the Apollo program was fashioned for American astronauts to go to the Moon, look around, and come back. China’s lunar program, is fashioned for building capabilities—and infrastructure— to endure into the future. Though the Chinese approach has taken much longer, ultimately it will undoubtedly serve China well. Apollo was cancelled even before completion, at least partly due to lack of continued public interest in seeing astronauts mostly doing the same things as they had done before. After Neil Armstrong’s historic first step, the rest was anti-climatic, because the goal was reached.
After a few test landings and short stays, it is likely that China’s lunar plans will include a base, from which it can continue exploring the heavens. The Chinese space community learned a great deal from Apollo, including how not to get politically backed into in a corner as the U.S. did in its Cold War quest to “beat the Russians” in space. In comparing the U.S. and Chinese manned space programs, not surprising Aesop’s fable The Tortoise and The Hare has been cited, as well as a more politically evocative The Eagle and The Hare. In both cases though, the slower ultimately wins.
Space CooperationShenzhou
printTweet
You might also like
Back to Top
CHINA US Focus 2018 China-United States Exchange Foundation. All rights reserved. Disclaimer