With the threat of terrorism escalating at home, China has found itself in a deep-water zone, where the fight against terrorism is a constant task. Terrorism has become an outstanding stumbling block for China’s development. From the central leadership to the man on the street, a consensus is emerging that terrorism is a threat to national security and that the fight against it will be complex. 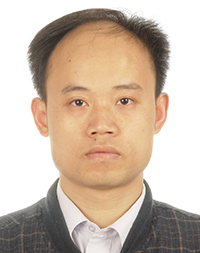 From the Tiananmen attack in Beijing on October 28, 2013 to the one at the Kunming railway station in March 2014, Xinjiang-related terrorist activities have been escalating and spilling over into other areas. In a bid to amplify their effects, terrorists have spread their activities from Xinjiang to other parts of the country, from “hard targets” such as military, police and government facilities, to densely populated “soft targets”, which are more sensational. The attacks in Beijing and Kunming were hallmarks of a new phase in the terrorist threat in China. Chinese citizens face a new reality: terrorist activities will be in long-term existence, terrorist sabotage has become a new normal, and anti-terrorism departments will face greater challenges than ever.

The increased risk of terrorist attacks in China has occurred against the backdrop of changes in the global security environment. To accurately evaluate the current conditions of counter-terrorism in China, one needs to understand China’s current international standing.

International terrorism can be viewed in periods, with the world witnessing peaks of terrorist activities in the 1930s, the 1940s, and the late 1980s and early 1990s when the Soviet Union withdrew troops from Afghanistan. Activities of the “Eastern Turkistan Islamic Movement” (ETIM) terrorist movement in Xinjiang correlated with the other terrorist activities during these periods. In particular, in the early 1990s, the hazards of terrorism brewed in Afghanistan as the Soviet troops withdrew, and the subsequent chaos spread to Xinjiang, leading to a series of terrorist incidents. Currently, with the United States accelerating its military withdrawal from Afghanistan, international terrorist forces in South Asia have shown unusual activity, and the threat of spillover is increasing. With the unrest in the Middle East and North Africa, a new wave of cross-border terrorist activity is emerging. Syria has been a training ground for terrorists from multiple countries, including elements from the ETIM in China’s Xinjiang. The terrorist threat in China has risen to a level comparable to that of the early 1990s.

The new round of terrorist threats from the ETIM is inseparable from the activities of national separatism and religious extremism. The ETIM (or “Turkistan Islamic Party”) are an armed separatist group that operates under the banner of religion. On the one hand, the ETIM has been in South Asia for a long time, has colluded closely with al-Qaeda, and has long been in league with local extremist religious forces and evil underground elements. On the other hand, terrorists in China have more recently been exposed to the remote control and influence of overseas ETIM forces. ETIM forces abroad have permeated the country. Some terrorists have received training abroad. Terrorists inside and outside the country have come into contact via the Internet. Some terrorists have escaped from the country to participate in terrorist activities abroad. Terrorists at home have learnt from videos promoting extremism and terrorist tactics issued by their peers overseas and have applied them to their own attacks, presenting an increasingly severe security threat. In fact, many Xinjiang-born ETIM terrorist organizations have already moved their core establishments abroad and are launching terrorist attacks in China through personnel permeation and remote command. The terrorist attack on April 30 is a case in point.

Taking into account complicated geopolitical factors and the U.S.’ and West’s double standard in the fight against terror, it will become more obvious that China has entered a deep-water zone in its anti-terror endeavors. With the expansion of China’s overseas interests, which are usually concentrated in high-risk and turbulent areas, and with the growth of its national might, China has to be more vigilant this time around. Although some terrorists carried out attacks using knives and sticks, their impact is no less than that of the 9/11 attacks. They have caused equally serious panic within society and have increased the cost of security precautions. They too are society’s common enemies.

China and the U.S. once had close counter-terrorism collaboration in the aftermath of the 9/11 attacks, which promoted progress of Sino-U.S. relations and deepened mutual trust. However, as the Obama administration proceeds with “rebalancing” his Asia-Pacific strategy, the two parties are seriously diverging with regard to combatting terrorist activities in China, which impedes the fortification of the major-country relationship they committed to.

In Chinese eyes, the ETIM’s terrorist activities are inseparable from the separatist attempts in Xinjiang. The less violent separatist organizations like the World Uygur Congress, which has long been active seeking overseas support, and the violent forces like the ETIM, which have rampantly conducted terrorist activities and extremist religious undertakings, both share the common ultimate goal of splitting Xinjiang from the motherland. National unity and integrity of national sovereignty and territory are China’s core interests. Both separatist activities and their behind-the-scenes supporters are challenging the country’s core interests. The domestic terrorist forces are challenging these core interests even more. However, they will surely be handled with iron fists.

The U.S. and some other countries have, in governmental or non-governmental manners, hosted and supported ETIM forces, and offered them continuous support using excuses of “racial issues” or “human rights issues”. To China, these are offensive and they open challenges to its core interests. Though such deeds do not equal direct support to ETIM terrorist activities, they have provided ETIM terrorist forces with indirect encouragement. In some instances, they have connived with ETIM forces and have acquiesced in their terrorist attacks in China. In addition, the U.S. and some other countries were shilly-shally after the terrorist attacks in China. They doubted the terrorist nature of those incidents, worrying that the Chinese government would suppress human rights in the name of fighting terrorism.

China and the U.S. have conspicuous disagreements over ETIM terrorist activities. In the past, the U.S. never transferred Chinese terrorist suspects held at Guantanamo to the Chinese government. Instead, they were displaced to other countries on various pretexts. The U.S.’s legal definition of the ETIM and their crackdown on the ETIM have been far less severe than those of other terrorist organizations that constitute a direct threat to the U.S., such as al-Qaeda. Such factors have influenced Chinese judgments about American strategic considerations, making the latter believe that the U.S. intervention and support for separatist forces in Xinjiang have indirectly instigated terrorist activities. In the context of the “pivot” to the Asia-Pacific, this means the U.S. is again playing the “Xinjiang card”, taking advantage of troubles in Xinjiang to contain China, even offering support for ETIM terrorist activities from behind the scenes to distract China. This is also the prevalent Chinese interpretation of the U.S.’s ambiguous attitude.

Sino-U.S. anti-terror collaboration calls for a global perspective. The two parties should candidly exchange ideas, and try to look at problems from the other side’s angle. As major countries with special responsibilities for the international community, they should strengthen anti-terror cooperation, and find maximum common interests in the fight against terrorism via full communication. The U.S. is resolutely against terrorism. But there are Americans in terrorist organizations in Syria. Some ETIM terrorists are also in Syria participating in the Jihad. China and the U.S. could discuss countermeasures for the potential threats from foreign terrorists in Syria in collaboration with other countries.

The U.S. should be aware that conniving with ETIM terrorist activities will eventually hurt itself. The ETIM are in close league with international terrorist forces. They all accept and support al-Qaeda’s terrorist theories and ideologies, and from a long-term perspective, they will not refuse to take the U.S. and the West as their major targets. What they oppose and want to sabotage is world peace. Therefore, China and the U.S. share common interests in cracking down on international terrorism, eradicating extremism, and preventing the rise of new sources of international terrorism.

Fu Xiaoqiang is a research fellow and director for the Center for Counter-terrorism Studies at the China Institute of Contemporary International Relations.

Counter-Counter-Terrorism Xinjiang
printTweet
You might also like
Back to Top
CHINA US Focus 2018 China-United States Exchange Foundation. All rights reserved. Disclaimer