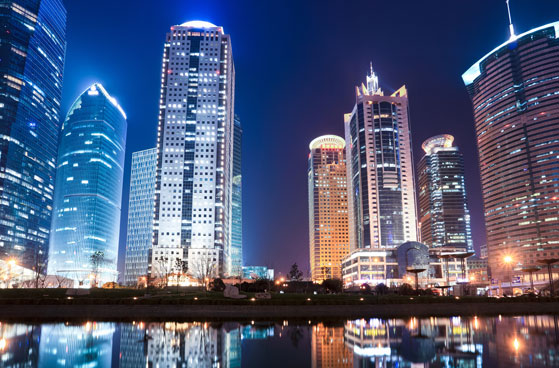 BERKELEY – It seems that China’s leaders have now forsaken Deng Xiaoping’s advice to tao guang yang hui (“keep a low profile”). In declaring a “new era” for China during October’s 19th National Congress in Beijing, President Xi Jinping presented the Chinese system of governance as a model for other countries to emulate. Leaders who “want to speed up their development while preserving their independence,” Xi said, should look to China as “a new option.”

Developing countries, particularly in Southeast Asia and Sub-Saharan Africa, seem awestruck by this possibility. China’s official news agency, Xinhua, has even suggested that as the West’s democracies falter, “enlightened Chinese democracy” could offer a path forward.

Amid all the lofty rhetoric, it is worth asking: what, precisely, is the Chinese model of economic and political development? And, is it actually preferable to the alternatives?

China’s model comprises a number of key characteristics, including authoritarian governance buttressed by the perception of stability; state-guided industrial policy and finance; massive infrastructure investments; rural industrialization backed by small-scale agriculture; and openness to foreign trade and technology. This model has, no doubt, produced rapid economic growth in China over the last three decades, lifting hundreds of millions of people out of poverty.

But the implication that the first ingredient – authoritarianism – is necessary for rapid development misses the mark. In fact, it is this characteristic of the Chinese system that should give other countries the greatest pause.

Consider China’s East Asian neighbors – in particular, Japan, South Korea, and Taiwan. Each has achieved high growth through state-guided industrial policy, rural industrialization, and openness to trade. But Japan achieved these objectives within the framework of its postwar democracy, while South Korea and Taiwan have been democracies for three decades. Authoritarianism, in other words, served no necessary modernizing role.

Democracy is, to be sure, exasperatingly slow and often contentious. But its deliberative and electoral processes help mitigate conflicts, especially in heterogeneous and conflict-ridden societies. Even in a more homogeneous country like China, the absence of open public discourse does the opposite, as evidenced by the state’s mishandling of ethnic unrest among Tibetans and Uighurs.

Without a strong civil society or an independent judiciary to check government power, Chinese leaders have, on many occasions, made catastrophic errors in judgment. Look no further than Mao Zedong’s Great Leap Forward or the Cultural Revolution.

Xi, too, has blundered. For example, his decision to order China’s state-owned enterprises (SOEs) to prop up China’s falling stock market in 2015 was an epic miscalculation.

Once foreign exchange reserves held by the People’s Bank of China stopped flowing to struggling SOEs, the market fell to the same low levels as before intervention. By that point, hundreds of billions of dollars had been wasted.

The absence of political checks and institutional mechanisms for public scrutiny has also encouraged abuse of power and high levels of corruption, contributing to high inequality, arbitrary land grabs, unsafe working conditions, food safety scares, and toxic pollution, among other problems. While Xi’s energetic anti-corruption efforts may stem some injustices, without fundamental political reform, his campaign against dishonest party officials is likely to be a Sisyphean task – when it is not merely a ploy to curb potential political rivals.

Economic management suffers from similar opacity. At the moment, there are few, if any, checks on debt-fueled investment by SOEs or politically connected firms. This shortcoming, to the extent that it results in massive misallocation of capital, is and will remain a source of major macroeconomic uncertainty for China.

As China’s economy becomes more complex, the absence of transparent and accountable governance processes, combined with frequent crackdowns on civil society and efforts to enforce conformity and discipline, will ultimately stifle entrepreneurship and innovation. It does not help that, while China’s expenditure on research and development as a share of GDP is now quite high, much of it is in the public sector. If the SOEs remain too-big-to-fail, this will create a further drag on innovation. As China graduates from the “catch-up” phase of economic development, addressing this constraint will only become more important.

The lack of openness and transparency could also test political stability. In the face of crisis, China’s leaders often overreact by repressing dissent. Collective and pragmatic leadership in recent decades has done a reasonable job of managing the problem, but Xi’s consolidation of power, and the cult of personality surrounding him, could exacerbate instability.

Democratic governments, for all their messiness, are less fragile, as they draw their legitimacy from pluralism and political contestation, rather than from high economic growth or nationalist appeals. Judicial decisions overturning President Donald Trump’s arbitrary travel bans in the United States, or similar rebukes of Indian Prime Minister Narendra Modi’s attempts to criminalize dissent, are examples of how institutional autonomy strengthens the resilience of democratic political systems – resilience that China lacks.

Despite the official narrative, most of the features of the Chinese system of governance that Xi has championed have little to do with him. They are vestiges of China’s imperial or early communist governments: a performance-based meritocratic promotion system; an organizational framework that ensures top-down loyalty without compromising the quality of local governance; and a unique system of political centralization combined with economic and administrative decentralization.

In other words, for all its allure, the Chinese model is deficient in some basic respects, and not easily reproducible in others. Any country that takes to heart Xi’s invitation to emulate China but does not have a similar organizational history will likely be unsatisfied. Not only is China politically unique, but it also possesses a large and increasingly prosperous domestic market that enables it to lure foreign investment on its own terms.

So, no matter what the Middle Kingdom’s newest emperor might claim, development with Chinese characteristics is really only for China.

China DevelopmentXi Jinping
printTweet
You might also like
Back to Top
CHINA US Focus 2022 China-United States Exchange Foundation. All rights reserved.