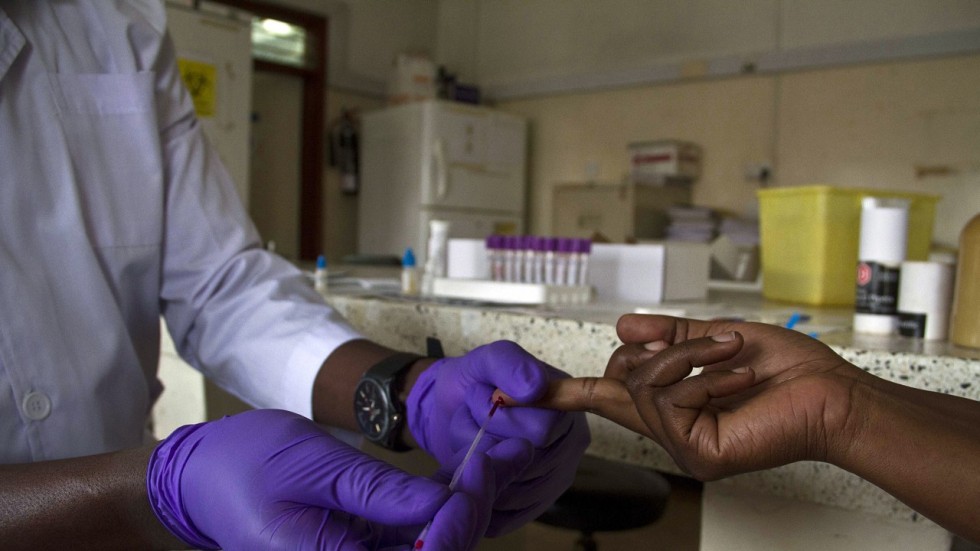 Ugandan workers have told the courts that their Chinese employer forced them to take HIV tests. Photo: AFP

One of China’s largest and most powerful construction companies, with operations all over Africa, discharges local employees if they test positive for HIV. The firm insists that its workers be tested for HIV and then, obtaining the test results directly from the testing clinic, fires those whose results affirm their HIV status.

Aggrieved employees recently revealed these actions by the China Communications Construction Company, and understandably, Ugandans are furious. No other firms dismiss HIV-positive persons openly in Uganda. Whether China Communications imposes similar conditions of employment elsewhere in Africa is not known.

The Chinese company’s practice regarding workers with HIV came to light when employees went to court seeking compensation for unfair dismissals. A driver for China Communications in Uganda was summoned to the head office and told to take an HIV blood test. Another set of employees were summarily transported with him to a clinic in Kampala, Uganda’s commercial capital. “We had to go along with it,” he testified, “because we were afraid of losing our jobs.”

When the driver complied, and the enforced test came back positive, his manager sent him packing, and without compensation. Subsequently, he sued for unfair dismissal, joined by another worker who had been treated in the same way. The second employee, a single mother with a six-month old baby who had worked for China Construction for eight months as a cleaner being paid the equivalent of $83 a month, said, “You’re not supposed to treat people like that. For them, it’s as if HIV is like flu.” She has been unable to find another job.

The two plaintiffs’ contentions are supported by affidavits from additional employees of China Communications who were also sent to be tested, but whose tests fortunately came back negative.

Uganda’s High Court will hear the case on August 16. The two plaintiffs are asking for 400 million Uganda shillings (around $110,000 USD) in compensation. Both plaintiffs are also suing for infringement of the right to privacy, saying that the clinic shared their test results with their managers, not them. An effort to reach an out-of-court settlement failed.

The Ugandan lawyer for the plaintiffs asserts that their case exposes “glaring human rights violations that are perpetrated unabated” by Ugandan government contractors.

Although Ugandans regard the actions of China Communications as wrong, and discriminatory, it will not be clear until the High Court gives its opinion whether China Communications illegally discriminated in law against its HIV-positive employees. The Court’s deliberations will presumably reflect a 2014 vote in Parliament that “criminalized” the purposeful transmission of HIV-AIDS. Of Uganda’s 40 million people, about 1.5 million test positive for HIV. In a number of other African countries, HIV-positive percentages are higher, but in Uganda it is still a major medical factor as well as a source of stigma.

It is not immediately clear whether compulsory blood testing for HIV status is legal in Uganda. Nor is it immediately evident that dismissal on the basis of HIV positive status is itself legal. In general, discrimination because of a medical condition may not be inherently illegal in Uganda.

In the one HIV-related case that has been decided by the High Court, it dismissed the claim of a kitchen worker for China’s Sinohydro Corporation that she had been unfairly transferred from one department to another solely because she was HIV-positive. Sinohydro is building a major dam for Uganda on the White Nile River north of Lake Albert.

Ugandan authorities have not taken any action in the latest case, possibly because of their reluctance to displease a large and influential firm such as China Communications. It has three major road building contacts with the government of Uganda, as well as other major on-going construction projects throughout the rest of Africa.

China Communications in Uganda told the High Court in its submitted pleadings that employees were not “coerced” to take medical check-ups. Indeed, it said that medical testing was encouraged not to determine employment, but for the employees’ “own health benefit.” The tests, said the company’s manager, were free and voluntary.

Other Chinese concerns operating in Africa have largely avoided involving themselves in the medical or other histories of their workers, especially not in the construction field. Chinese companies are not known to be paternal in their dealings with employees. Where there is discrimination in Africa by Chinese firms it is mostly social and implicit, with Chinese managers avoiding too much contact with local employees. The Ugandan case is therefore exceptional, and the ruling of the High Court could prove influential well beyond the confines of Uganda.

China-Africa RelationsEmployment
printTweet
You might also like
Back to Top
CHINA US Focus 2022 China-United States Exchange Foundation. All rights reserved.