At first glance, China’s latest Hollywood deal, Wanda Group’s purchase of Legendary Entertainment, is a hardware-software match made in box-office heaven. The news that Wang Jianlin, China’s richest man is snapping up a Hollywood blockbuster production house is at once breathtaking and utterly predictable. It compliments a theatrical empire that includes thousands of screens on both sides of the Pacific and meshes nicely with plans for the world’s biggest studio. 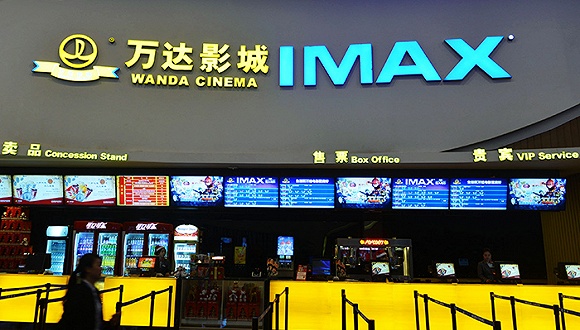 The acquisition of Legendary can be understood as a leavening agent in Wang Jianlin’s quixotic quest to conjure up an instant, prefab Hollywood on the rocky shores of Shandong Province.

For such a large-scale studio to justify its existence, it needs heaps of creative talent and lots of know-how, especially in the art of cranking out action films that play well across territories. Thomas Tull’s Legendary has a decent track record in this genre, having produced a slate of crowd-pleasing action films—mostly with formulaic plots involving superheroes, rogue robots, and reptilian monsters—that tend to perform equally well in China and abroad.

Recent Legendary releases such as Godzilla and Pacific Rim have achieved decent Asian box office, but Angelina Jolie’s Unbroken stalled for a year in Japan due to political resistance. It will finally get a lackluster release in February, a potent reminder that markets differ across borders and time.

Wang Jianlin controls vast holdings in theaters and cinemaplexes, not just in China, but in the USA as well, where Wanda’s purchase of AMC added another 2000 screens in one fell swoop. Adding a sprinkle of Hollywood pixy dust to Wanda’s seething cauldron of real estate ambition seems inspired enough; what could possibly go wrong?

Can a “Hollywood East” by the sea be accomplished through mergers and moneymen alone?

China’s phenomenal growth in recent years reflects, at least in part, a willingness to think big, to tread where others dare not tread, to copy, co-opt, and take big chances.

Take China’s space program for example. Initially dismissed by Western commentators, it is moving forward with scientific achievement at a time when NASA, faced with funding cuts and changing priorities, lacks the means to send men into space without a boost from the Russians. Space flight requires bold thinking, human risk and tons of cash, but it has a lyrical appeal as well, as a continuation of the heroic project pioneered by Americans and Russians “for all mankind.”

A bit more down to earth, China built a high-speed rail system that was viewed skeptically at first, only to become the largest comprehensive high-speed rail network on the planet and the envy of many a nation.

The question remains, can a cultural efflorescence such as cinematic achievement be conjured up and brought to fruition like an industrial-strength infrastructure project?

China President Xi Jinping has stated that China needs to do a better job of presenting itself to the world. Along comes Wang Jianlin, heeding the call, with a grandiose plan to make China a major film power by fiat and deep-pocketed investment.

Problem is, what works for rockets and trains may not work for movies.

Creative success is quirky, subject to shifting tastes and capricious audience receptivity. More fundamentally, it is rooted in the exercise of free expression.

Film is a fickle business. It is hard to think of a moneymaking realm where money is more at risk. Grounded in the nuances of human nature and human spirit, art is hard to harness and quantify. Cold cash cannot begin to pin the creative genie down.

Hollywood success reflects a century of resourceful hits and misses, bouts of outright titillation, tireless trial and error, constant experimentation and unplanned, organic growth. It was born of a democratic substrate in which directors had the freedom to be foolish, to be irreverent, and to be wrong—and often all three.

To take on Hollywood—and to keep China’s booming box office revenue in Chinese coffers—Wang Jianlin seeks vertical integration; combining control of software and hardware, production facilities and distribution venues. It’s natural that men of such ambition should be drawn to the prestige-making magic of film. But those who think that industrial muscle alone will suffice to punch out patriotic product that people want to see will be in for a let down.

The marriage of Wanda and Legendary may indeed boost the fortunes of both companies, especially if investor excitement reaches the threshold of a stock listing in Hong Kong or Shenzhen. Legendary has been keen on the China market for quite some time now, its ambitions best expressed in the long-delayed but evocatively titled film being produced by its China spin-off production arm, Legendary East.

“The Great Wall” helmed by the iconic Zhang Yimou is due for release later this year. It’s not immediately clear how an action picture starring America’s Matt Damon going to battle with computer-generated dragons against the backdrop of a mock Great Wall will contribute to boosting China’s standing in the world, but the mechanics and muscle behind the flick will ensure massive publicity and a wide in opening in Wanda theatres everywhere.

Exhibiting films is both simple and utterly opaque. Theatres thrive selling tickets and popcorn, but what makes people want to go to a movie?

The film business is inconstant but crudely democratic. Moviegoers vote with their feet. If people like a film, it “has legs,” if it’s a bore, it goes nowhere. Aggressive advertising, limits on competition, control of release dates and monopolization of distribution venues can game the system to some extant, but at the end of the day filmgoers like what they like. It’s a top-down business subversively governed from the bottom up.

Hollywood is so ruthless in rewarding success and punishing failure that even the best directors are only as good as their last film. Today’s toast-of-the-town is only a flop away from losing all cachet.

Theatre ownership is certainly no guarantee of box office success and quotas are no guarantee of quality. Yet Wang Jianlin is a savvy businessman, so it would be premature to suggest that he has bitten off a bit more than he can chew. Inasmuch as the Wanda empire of screens and its vast studio-project are basically real estate ventures, it still lacks the creative spark that animates all good art.

It is the rare film, such as Star Wars, or Titanic or Avatar that soars in every available market. But it is also worth noting that the above films—the three best selling films of all time—reflect the creative stamp of stubborn, rugged individualists. George Lucas and James Cameron are rebels with a cause, and have been lucky beyond belief. Each director paradoxically won over the market by rejecting decisions hammered out by committee and stubbornly clinging to unique whimsical visions.

Such films are the box-office standards to beat, but hard to emulate. If Wanda can crack the code and produce mass-market films worthy of solitary genius, China would indeed gain prestige and be a force to be reckoned with in global cinema.

Yet even Hollywood, for all its rich history, has not figured out how to produce a successful movie on command. No one really knows how a film will do until the moment the theatre lights first dim, and anyone who tells you otherwise is in the PR department.

Film Industry Hollywood Soft Power
printTweet
You might also like
Back to Top
CHINA US Focus 2022 China-United States Exchange Foundation. All rights reserved.