Which Way Does the Wind Blow? 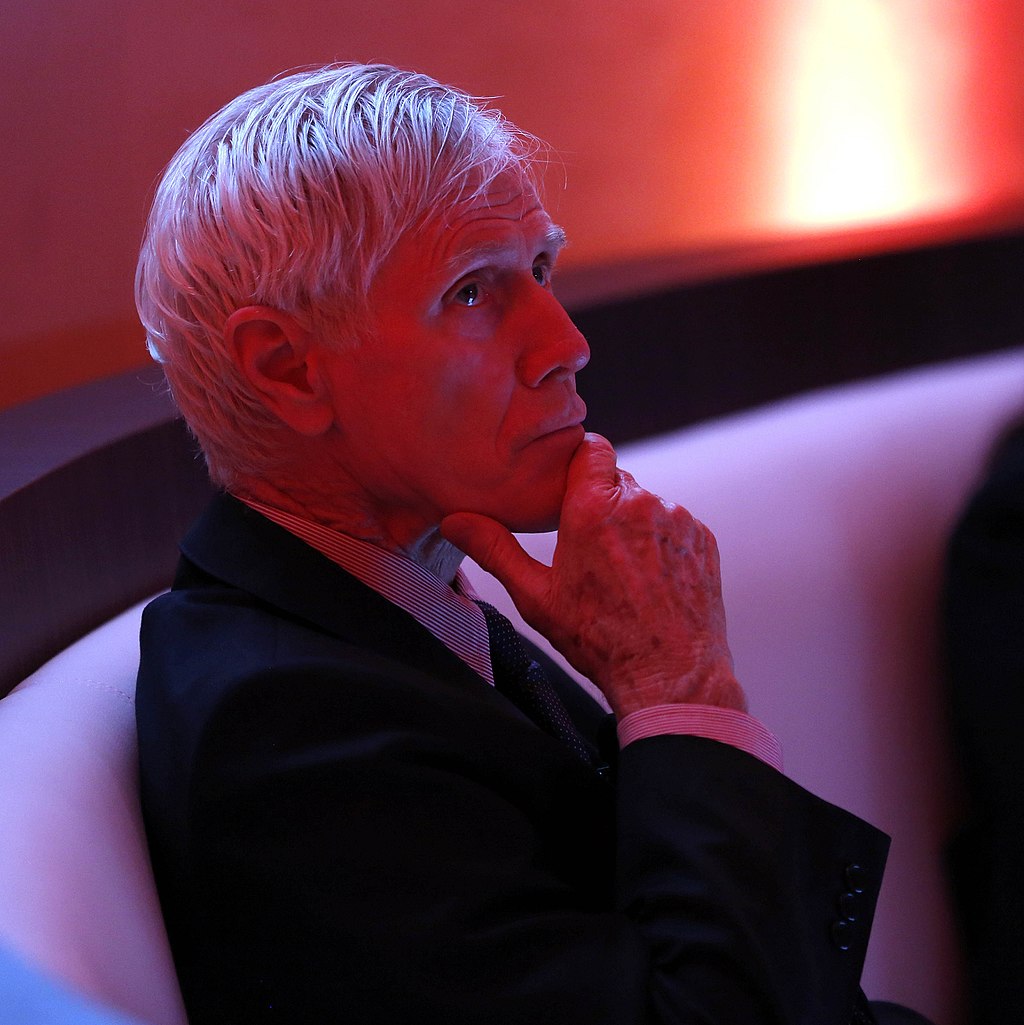 US China relations are like the weather, full of unpredictable twists, cool spells, and stifling heat. Cooperation between the two continental powers, facing off across the vast Pacific, despite periodic disruptions and confrontations, has made possible a peacetime economic boom unrivaled in world history. The fruits of this close-knit business collaboration have been unequally distributed and the symbiotic relationship is not without environmental cost, but it has, as the credible cliché goes, lifted hundreds of millions out of poverty.

Mr. Tariff Man, as President Trump now calls himself, is threatening to change all that. Even if his truculent stance is half bluff and bluster, it was enough to give the markets a fright, the Dow dropping 800 points in a day. His childish Twitter tantrums are enough to make China’s preening, egotistical leadership look like the sole sober adult in the room.

Times like this call for track two diplomacy, where cooler heads prevail and mutual benefits are preserved and every effort is made to avoid throwing out the baby with the bathwater.

There’s too much at stake to leave leadership to the thin skinned egos of insatiable national leaders. A case in point is the EP-3 incident in April 2001 when a US surveillance craft and a Chinese Air Force jet struck in mid-air, causing the death of the Chinese pilot and the emergency landing of the US craft in Hainan. There were hotheads on both sides invested in instigating military confrontation, but the diplomats prevailed, ambiguous apologies were offered, and US-China relations got back on track in time to keep the world on an even keel in the disarray after the 9-11 terror attacks half a year later.

Given the uptick in US-China confrontation, in the air, at sea, and in the hallowed halls of governance, it would seem a perfect time for track two teams to be engaged in diplomacy.

But a chorus of anti-China voices is rising across the US, a mix of disappointed ideologues, disgruntled stakeholders, unyielding populists, and those who enjoy a good fight and want to join the pack. It’s being framed as a classic “us vs them” struggle, one that has instant racial ramifications for Chinese citizens in the US and Americans of Chinese descent. But the tenor of the times is such that many of the same academics, diplomats, and spies who once could be counted on to counsel inter-civilizational peace and bridge the diplomatic gap have cut the conversation short and battened down the hatches. I’m referring to the “32 long-time China watchers” who signed onto the polemical, one-sided report put together by Orville Schell at Asia Society and Larry Diamond of the Hoover Institution, entitled “Chinese Influence & American Interests: Promoting Constructive Vigilance.” The cherry-picked nature of the newspaper research, gross generalizations and conceptual flaws of the report only tell one side of the story (does the US not try to influence China?) but what jumps off the page is the list of “China experts” endorsing the product on the title, for it reads like a who’s who of China engagement proponents who have given up all hope on China.

Many sections of the report, footnoted with run-of-the-mill newspaper articles, are trivial and unconvincing; a section on Japan that manages to say nothing is a case in point. Other sections, such as the chapter on media, is at once superficial and too lengthy. It’s full of filler not warranted by the contemporary focus (What’s the point of ridiculing Edgar Snow for doing a favorable interview with Mao in 1937? Or dismissing James Peck for writing a book at Yale about how the US uses “human rights” for political ends?) and castigates China for doing things that the US does all the time, such as using soft power to influence world opinion. There are justifiable criticisms of CCTV and Xinhua, but the same one-sided reporting can be seen every hour of the day on Fox News, CNN, and MSNBC in the US. The chapter on education starts with a predictable attack on Confucian Institutes (which provide Chinese language and culture instruction that would be otherwise unavailable on small campuses) and bemoans China’s clumsy first steps at “charitable giving” even though the Hoover Institute and the Asia Society would not exist without wealthy donors dangling certain expectations.

So who are these experts and why have they gone south on China? It is perhaps not irrelevant that there is only one Chinese person among the China experts, the scholar Minxin Pei. There are respected academics, such as Ezra Vogel and Susan Shirk, who have worked for the US government, along with Elizabeth Economy, Larry Diamond, Bonnie Glaser, and David Shambaugh, who regularly consult for the same. The list includes former Ambassador Winston Lord, and at least one former CIA analyst, Robert Sutter. Journalists include John Pomfret, John Garnaut, and Orville Schell.

The co-chair of the report, Orville Schell, is perhaps the most enigmatic contributor, a long-time “panda-hugger” who once waxed lyrical about Mao and Deng, but who now presents himself as a “dragon-slayer” of the first order. Although he’s no oracle, when a gifted journalist such as Schell takes a position, people notice. His Pied Piper appeal can be attributed to the way he forever seems to have a finger up, testing the wind, trying to anticipate shifts. An anti-war activist who now breaks bread with Henry Kissinger, an environmentalist who brags of jetting back and forth to China scores of times, a journalist who craves validation as an academic (his standard bio makes reference to an “earned” PhD which has been disputed by the New York Times. Schell is hard to pin down for he is often of two minds about things. His coverage of China grew understandably more negative after the Tiananmen Square protests, and though he was reporting from California, he managed to irritate China. He later visited Beijing safely ensconced inside the press bubble of President Clinton’s press corps but has seen little of China from the inside since.

The report’s jaundiced view of China is perhaps to be expected from the Hoover Institute, a right-wing think tank named after a US president who cut his teeth in China as an investor in mines during the Boxer Rebellion. China has never had the conservative Hoover Institute on its side. But when you lose China watcher extraordinaire Orville Schell and the Asia Society and its Upper East Side clientele, part of the same East Coast elite nexus that pushed for recognizing China, engaging it, and normalizing relations with it, the loss is not trivial.

As the press reaction to the Schell/Diamond report suggests, Trump’s hard line on China is finding vindication in unexpected corners. The narcissistic hope that China would be molded by US soft power to look more and more like the US has not come to pass, causing the old liberal China watchers to fade into a Trumpian twilight of bitterness and naïve disillusionment.

If the old liberals are too peeved and piqued to reach out across the Pacific, others must take up the torch. It’s time for a new generation of China-savvy American scholars and journalists to come to the fore.

China Threat
printTweet
You might also like
Back to Top
CHINA US Focus 2022 China-United States Exchange Foundation. All rights reserved.