China Delivers at the Africa Summit 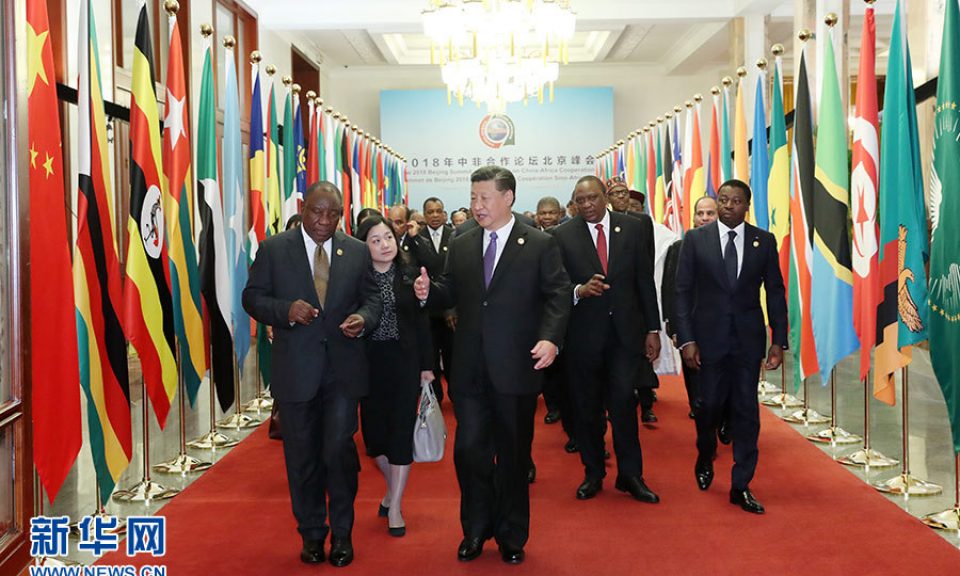 The Forum on China-Africa Cooperation (FOCAC) took place on September 3-4 in Beijing, where Chinese President Xi Jinping delivered a keynote speech with the theme of "Work Together for Common Development and a Shared Future." And the two final documents named as “the Beijing Declaration - Toward an Even Stronger China-Africa Community with a Shared Future” and “the FOCAC Beijing Action Plan (2019-2021)” were also adopted at the two-phase roundtable meeting among China-Africa leaders.

The summit was the most important multilateral diplomatic event hosted by the Chinese government in 2018 and showed the world the growing confidence and commitment to promote China-Africa cooperation.

In his speech, President Xi sent a clear message that China would strengthen relations with Africa. The Action Plan (2019-2021) will guide this cooperation.

According to Xi, China will adhere to the existing principles of China-Africa relations, even though some of these principles have been criticized by some people in the West. President Xi summed up China's long-standing position toward Africa as five "hands-off" principles, namely, China doesn’t interfere with African countries' search for development paths suited to their national realities; China doesn’t interfere with Africa's internal affairs; China doesn't impose its will on others; China doesn't attach any political conditions to its aid to Africa; and China doesn't seek political self-interest in its investment in Africa.

In recent years, some people in the West often argue that western "conditional aid to Africa" is conducive to promoting democracy and liberalization while China's "unconditional aid" helps African governments abuse their power and is not conducive to sound governance and political progress in Africa. The West also launched the Libyan War and other military interventions under the pretext of "humanitarian intervention" and "human rights above sovereignty." However, the chaos and political disorder in Libya today is the most powerful proof of the failure of such military interventions.

Therefore, President Xi called for continued adherence to the five "hands-off" principles by China in its cooperation with Africa while expressing hope for all countries to adopt such non-interference approaches to African affairs.

In addition, to counter the smear and criticism of Sino-Africa relations by the West in recent years, President Xi emphasized in his speech four “No one can” points, namely, no one can undermine the great unity of Chinese and African people; no one can stop the revitalization of China and Africa; no one can deny or doubt the remarkable achievements of Sino-Africa cooperation; and no one can stop or disrupt the actions of the international community in support of the development of Africa.

The summit also unveiled the blueprint for guiding China-Africa cooperation in the next three years. Though the world is witnessing the rising of unilateralism and protectionism, China wants to show the world that it will take on the historical responsibility of building a community of shared future, developing a global partnership, expanding friendly cooperation, and forging new country-to-country exchanges featuring mutual respect, fairness, justice, and win-win cooperation. Therefore, China will carry out "eight major initiatives" in cooperation with Africa in the fields of industrial promotion, facilities connection, trade facilitation, green development, capacity building, health and hygiene, cultural exchanges, and peace and security, and China has promised $60 billion of financial support.

Though the amount of $60 billion is the same amount China pledged at the 2015 summit in Johannesburg, the composition is quite different. In 2015, the $60 billion comprised $5 billion in grant and interest-free loans, $35 billion in preferential loans and export credit, $5 billion in additional capital for the China-Africa Development Fund and the Special Loan for the Development of African SMEs each, and $10 billion for a China-Africa production capacity cooperation fund. But the package of $60 billion unveiled in 2018 comprised $15 billion in grant, interest-free loans and preferential loans, $20 billion in credit fund quota, $10 billion for setting up special funds for development finance, $5 billion of special funds for Africa export trade to China, and encouraging Chinese companies to invest no less than $10 billion in Africa in the coming three years. It is obvious that this aims to encourage the export of African commodities to China to address the bilateral trade imbalance and introduce innovative development finance to address the difficulties of African financing and potential debt risks.

China-Africa RelationsA Community of Shared Future for the MankindNew Era
printTweet
You might also like
Back to Top
CHINA US Focus 2022 China-United States Exchange Foundation. All rights reserved.